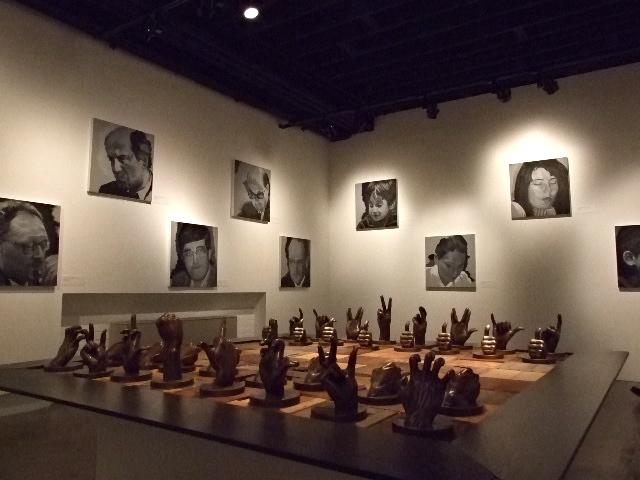 The World Chess Hall of Fame is a museum in the Central West End that has several exhibits outlining the major events in U.S. chess history, along with artistic chess exhibits and a center for chess playing across the street. This is a photo of Learn to Win or You Will Take Losing for Granted, in which one side of the board has aggressive hand gestures and the other has peaceful ones. The artist, Glenn Kaino, hopes viewers will question whether winning is about defeating the opponent or compromising between two opposing sides.