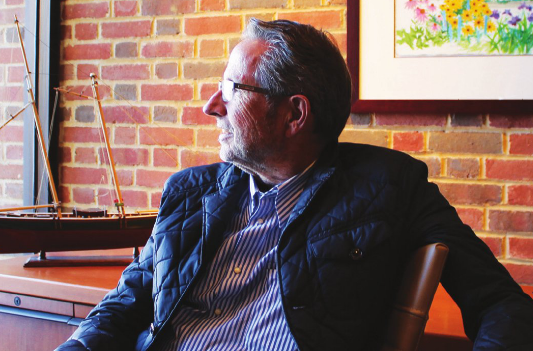 Bob Chapman, the CEO of Barry-Wehmiller, considers himself to be a steward of each of his employees.

“If there’s 8,000 people around the world who work for our company, as a leader my responsibility is … not to view them as engineers or receptionists or secretaries or accountants, but to refer to them as somebody’s precious child that we’ve been entrusted with,” Chapman said.

Prior to the economic recession of 2009, Barry-Wehmiller laid off workers like any other company. By the onset of the recession, however, Chapman’s practices had changed.

Instead of layoffs, Chapman required every person in his company to take four weeks of unpaid vacation, allowing Barry-Wehmiller to save money and keep every employee during the economic downturn.

“Everybody took a little pain so nobody had to take a lot of pain,” he said.

Employees could work together. If there was a person who could not afford to take time off, someone else could take their off days instead.

“When the economy came back, our company just bounced up because we hadn’t lost the talent; people felt valued, they felt safe,” Chapman said.

Studies by Washington University and Georgetown University found that 79 percent of Barry-Wehmiller employees surveyed felt that the company valued them as a person.

Chapman has a unique analogy to explain his business and leadership practices – a bus system.