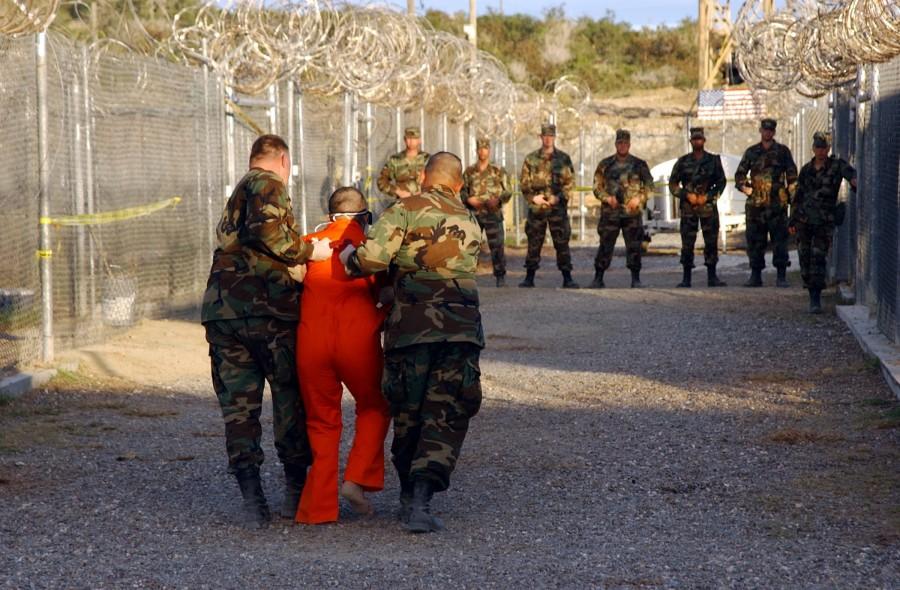 Taliban and al-Qaida detainees in orange jumpsuits sit in a holding area during in-processing to the temporary detention facility on Jan. 18, 2002, in Guantanamo Bay, Cuba. Photo from MCT Campus

A half naked prisoner, chained to the floor died reportedly of hypothermia in a U.S. detention facility called “Cobalt.” What exactly went on in this prison? It is called “enhanced interrogation,” also known as torture.

On December 9, 2014, a Senate Intelligence Committee report on CIA torture, commonly referred to as “The Torture Report,” was released. The 525 page abridged volume of the report which was released to the public was derived from a 6,000 page expanded version that took five years and $40 million to compile.

The report details the mistreatment of detainees and questionable interrogation techniques in the detention facility, “Cobalt”, also known as “The Salt Pit” between 2001 and 2006 following 9-11. The CIA used methods such as “rectal rehydration,” forced nudity, stress positions, sleep deprivation, sensory overload, ice water baths and waterboarding, to name a few, in order to extract information. One detainee, Khalid Sheikh Mohammed, was reportedly waterboarded at least 183 times.

Defenders of enhanced interrogation argue that the methods employed by the U.S. government were integral to protecting national security and providing intelligence to prevent future terrorist attacks. According to the torture report, enhanced interrogation techniques were not effective in eliciting information from detainees.

It is absurd for the CIA to use the dehumanizing techniques they did, especially when the results are fruitless. 26 out of the 119 prisoners, 22 percent, were falsely detained.

While the CIA’s methods seem tame compared to more radical practices, there is no definitive line to warn the U.S. how far is too far. During the interrogations, many officials were not properly disciplined when they crossed lines, so they could get away with methods not approved by the CIA.

This behavior on the part of the American government is unacceptable. The use of torture goes against the central tenets of our country. The U.S. strives to be a defender of good in the world and the CIA’s actions have tainted our reputation.

America sets a precedent that other countries follow. With the power of being prominent global force comes the responsibility to be a role model for the rest of the world. By using torture as a method of interrogation, the U.S. runs the risk of setting a standard for other countries to follow and projecting an image that does not reflect the foundations of America.