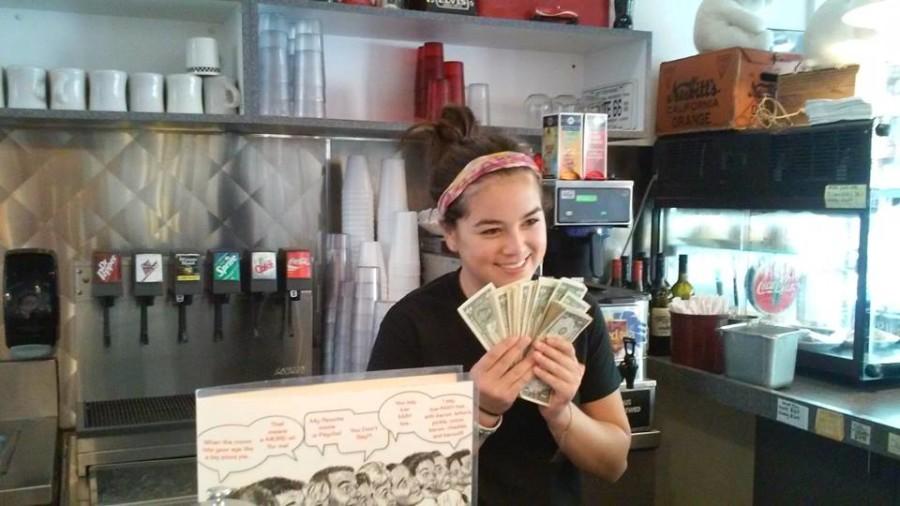 Q: What’s your hourly wage?
A: Minimum wage, or $7.65 plus tips. But people don’t usually tip on take outs, even though you’re supposed to.

Q: What’s the weirdest thing that’s happened here?
A: I worked a double on both days of the July 4th weekend. A guy came in for the first three shifts and he ate at the counter twice. It was just really awkward, but he was nice and he complimented me for working so much. But we both clearly had no plans for the Fourth of July, so it was pretty weird.

Q: What’s the biggest mistake you’ve made?
A: I messed up an order and gave the wrong food to a lady and she left with it. But the girl who actually ordered that food came, so I had to redo her order. The first lady returned and I had to give her the original food that she wanted. I ended up with an extra pizza and a salad from redoing the orders, so I at least got free food in the end.

Q:What have you learned from your job?

A: I’ve learned to be a lot more patient. But I also learned to be efficient and fast, because other people aren’t patient. Oh, and if you flirt with the guys, they give you bigger tips.