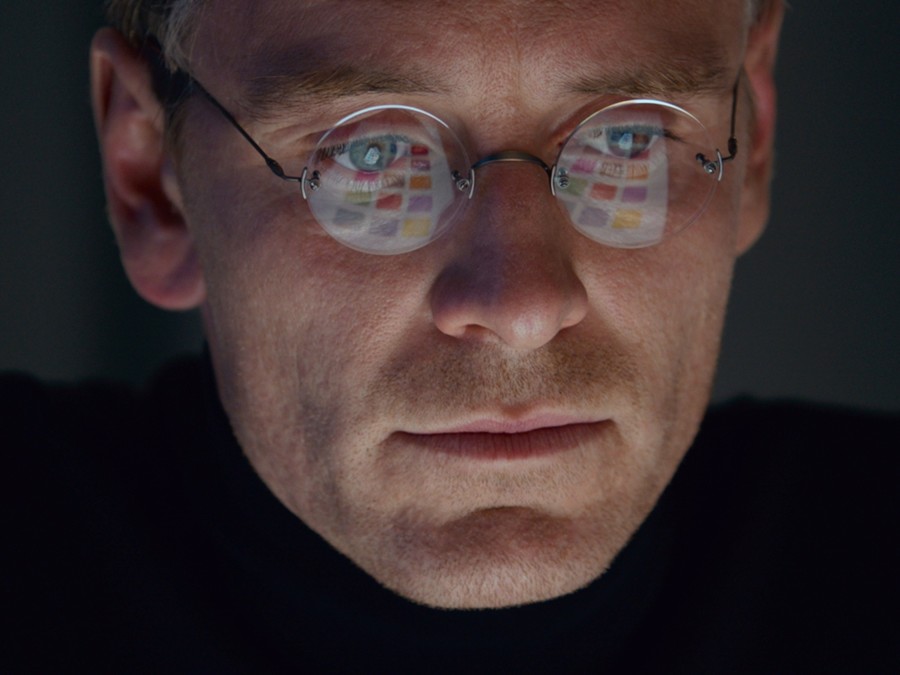 “Steve Jobs” is an intense drama that never lets the viewer breathe. The film is relentlessly tense, cold, and aggressive, but somehow, it manages to touch the heart.

The movie follows Steve Jobs behind the scenes at three product reveals: the Macintosh (1984), the NeXTcube (1988) and the iMac (1998). However, the movies does not place its focus on Jobs’s technological accomplishments. Instead, it concentrates who Jobs was as a person through brilliant directing, a powerful script, beautiful cinematography and a heart-pounding soundtrack.

The film begins with Jobs stressing over the fact that he wants the computer voice demo to say “hello” during the Macintosh reveal in 1984. He later moves onto wanting the exit signs in the building to turn off for a dramatic effect during the product reveal. Each small detail that Jobs pays attention to reveals something about his personality. His nitpicky attitude shows his yearn for perfection. His cold-hearted behavior toward his employees shows his determination to get the product he has in mind. Through these small elements, the movie develops Steve Jobs’s character in smooth progression.

Michael Fassbender portrays Steve Jobs. Although he does not necessarily resemble Steve Jobs, I felt like I was watching Steve Jobs. Fassbender delivers a strong performance, bringing out both Jobs’s best and worst qualities. Fassbender does not ask the viewer to sympathize with him on screen. Instead, he acts as an authoritarian figure that is cold and direct.

However, it was the actresses that played Lisa Brennan-Jobs (Perla Haney-Jardine, Ripley Sobo, and Makenzie Moss), Steve Jobs’s daughter, who had one of the greatest impacts on the film. Jobs clearly cares about Lisa, yet he constantly denies the fact that Lisa is his daughter, even going to greater lengths of telling her that a computer he named after her wasn’t actually named after her, distancing the two apart. On the other hand, Lisa attempts to connect with her father. Lisa’s desperation to connect with her father and Steve Jobs’s denial of paternity just show how messy Jobs is on the inside as a person.

Screenwriter Aaron Sorkin (The West Wing, The Social Network) is the mastermind behind all of the characters’ interactions. He manages to write dialogue in a way that it keeps you on the edge of your seat. A constant machine-gun fire of words feeds the endless of chain of energy throughout the movie. It’s honestly hard to take in everything at once, but that’s a good thing. Sorkin has the ability to make everything flow so seamlessly, the writing in this film is nearly flawless.

Of course, none of the work on screen would have been done without Danny Boyle’s directing. Boyle (Slumdog Millionaire, 28 days later, 127 hours) is the man who can make a simple conversation between two characters intense. Using his ability to make any simplistic scene interesting, he provides a great pace for which places to cut the shot, go to the next scene, or even go to the next product reveal. Boyle only includes scenes that develop character because this movie is about Jobs’s personality. That is a great decision. Instead of going through all of Jobs’s product releases, Boyle’s decision to choose three makes extra room for character development, plot development, and space for Sorkin’s killer dialogue.

Accompanying the film is Daniel Pemberton’s heart-pounding soundtrack that is reminiscent of Trent Reznor’s techno soundtrack in “The Social Network” (Another film portraying a tech-genius). Pemberton’s soundtrack isn’t complicated. Instead, it is simplistic, something Jobs was known for. Using primarily synthesizers and orchestra, Pemberton evokes all types of emotions, matching them up perfectly during each scene.

Throughout the film, cinematographer Alwin H. Küchler uses light to his advantage. The light captures each character’s emotion, eyes and facial movements. Küchler uses different colors to evoke different emotions. During the ending of the film, Steve Jobs looks at the crowd in front of him, moments before he would reveal the new iMac. Jobs gives a quick glance to his daughter. At this moment, the Küchler places the lights in a way that it brings all of the emotions from Jobs that he portrayed throughout the duration of the film. His eyes give the audience a glimpse of his affection for his daughter, yet also showing his determination and preparedness to unleash whatever emotion it takes to achieve his dream of perfection for his projects. The lighting on his face show the wear and tear that Steve Jobs took to reach this level of fame and success, ultimately concluding everything the film showed.

The only issue that I see in “Steve Jobs” is actually a question. Why did Sorkin and Boyle decide to use the NeXTcube computer release instead of something like the iPhone which had a much greater impact on today’s society?

In conclusion, “Steve Jobs” is a must see, portraying Jobs in a negative and positive light while also respecting him as the man who changed much of the world we live in today by compositing a combination of many of the aspects of what makes the good film. Although “Steve Jobs” performed poorly at the box office most likely due to the movie-watching community getting tired of seeing a constant barrage of not-so-great documentaries and movies about Steve Jobs, “Steve Jobs” is the film that Jobs and the rest of the population affected by his works deserve.