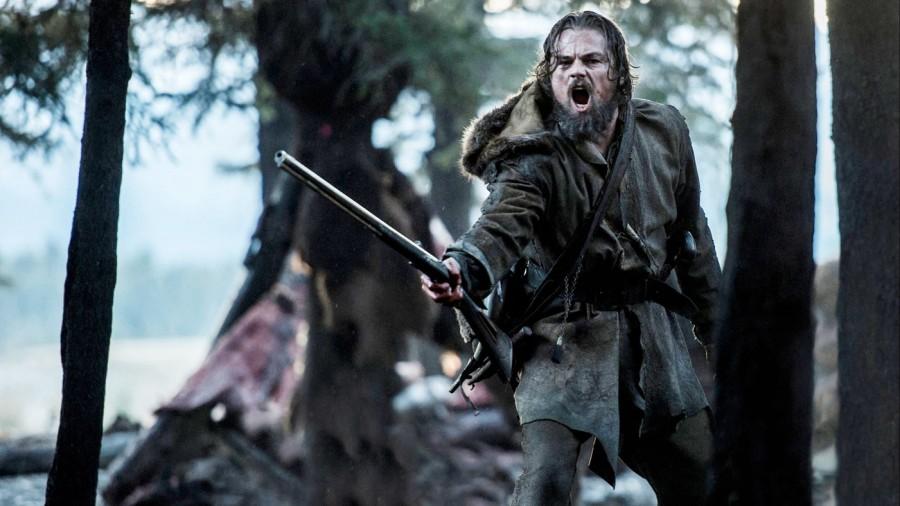 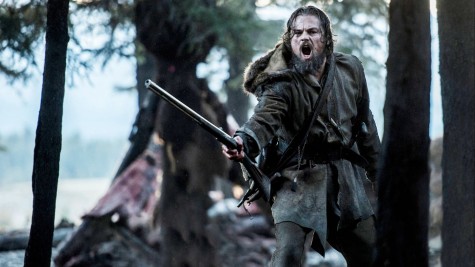 Alejandro González Iñárritu, last year’s director for the film “Birdman” and the crew have made a visually captivating film that will evoke all emotions of stress, disgust, and fear because the movie feels real. From the stunning cinematography to one of the best Leonardo Dicaprio performances on screen backed by a phenomenal cast and execution, “The Revenant” is a film that celebrates human accomplishment and resilience in beautiful detail.

The film is set in the unsettled lands of North America during the 1800s. In the beginning of the film, Hugh Glass (Leonardo DiCaprio) and a group of fur trappers led by Captain Andrew Henry (Domhnall Gleeson) are attacked by a group of Native Americans. Most of the fur trappers are slaughtered during the attack with Glass, his son, and a few others escaping by boat. Hugh Glass recommends that the survivors should head back to the nearest outpost. During the trip, John Fitzgerald (Tom Hardy) frequently quarrels with Glass’s half-Native American son. Glass decides to venture out into the woods, and he is brutally attacked by a grizzly bear. The group later finds Glass to be heavily wounded. When alone with Glass, Fitzgerald attempts to kill Glass. Hawk arrives at the scene to stop Fitzgerald, but Fitzgerald kills Hawk with Glass helplessly watching. Fitzgerald then hastily buries Glass alive and leaves. Glass later gains the strength to crawl. It is from here where he struggles with the elements as he journeys back to the outpost to gain revenge on the man who killed his son.

Although the whole cast does a phenomenal job, it is Leonardo DiCaprio that stands out the most in this film. From convincingly speaking a different language through displaying the harsh struggles of the outdoors such as crawling miles with a broken foot and a rotting body, sleeping in animal carcasses to keep warm and floating through violent rapids during winter, Dicaprio goes through hell in this film, showing every single inch of struggle that his character encounters with perfection. He shows extreme fear and pain while fighting the grizzly (a very impressive CGI bear), and displays a strong father-son relationship during his son’s dying moments, whispering comforting words over and over again and showing his will to fight the elements in order to gain justice for his dead son. DiCaprio’s dedication to this film really pays off and adds so much to the realism factor the film intends to go for. “The Revenant” could also be one of DiCaprio’s greatest performances on screen.

The cinematography is the most stand-out element in this film. From incredibly creative one-takes to beautiful, scenic shots that describe the American wilderness, I could not help but gaze in awe at the sheer beauty of the cinematography by Emmanuel Lubezki. Aside from the beautiful landscape shots that are tinted with a hint of blue, one of the things I liked most were the close-ups of Leonardo DiCaprio. It is obvious that Lubezki zoomed in to show more emotion for DiCaprio’s character, but the choice to have the camera up close to his face (or maybe the addition of digitally adding a fogged up lens) each time he breathed was a very interesting choice, something many filmmakers would not risk.

Iñárritu also adds his artistic taste into the visuals of the film. His choice to only shoot in natural light when possible (which comprises about 99% of the film) shows his desire to sell the realness effect of the film to portray what it looked like in America during the 1800s. The lighting is cleverly timed for a specific look during a short period of time, which also is a factor on why “The Revenant” looks so good without any studio lights. Another thing Iñárritu does very well is his ability to get his actors’ best performances out of them. Due to this, the film provides some of the strongest performances from Tom Hardy and newcomers Domhnall Gleeson and William Poulter. I particularly liked how Iñárritu chooses not to tone down the gore, struggle, or violence in the film. While watching the movie, I personally felt shocked and disgusted due to how real the film felt. Iñárritu places his actors in the wild in freezing temperatures instead of a green screen, shows DiCaprio’s deep wounds gushing with blood, people being ripped apart by arrows and men ripping out the innards of wild animals for food. This particular direction of Iñárritu allows the viewer to feel like they are there and absorb the emotions ranging from the father and son relationship to the freezing conditions of winter coming off of the screen.

The only minor problem I found in “The Revenant” was the film’s use overuse of fancy cinematography and camera movement. It is jaw-dropping, but a lot of the times I felt like it was unnecessary and distracting. This happened a lot in the moments where the viewer should be paying attention to the story rather than the camera angle.

Overall, “The Revenant” is a beautiful film that is executed in a well-mannered fashion. Ranging from the cinematography to the rigorous work of the dedicated actors and crew, the film should be considered as an exemplar for other films aspiring to be executed in such a unique measure with passionate minds behind and in front of the camera that are willing to get dirty in order to make a great film about a man’s determination in order to get revenge for his son. The film is truly a unique experience and it is definitely worth the watch.