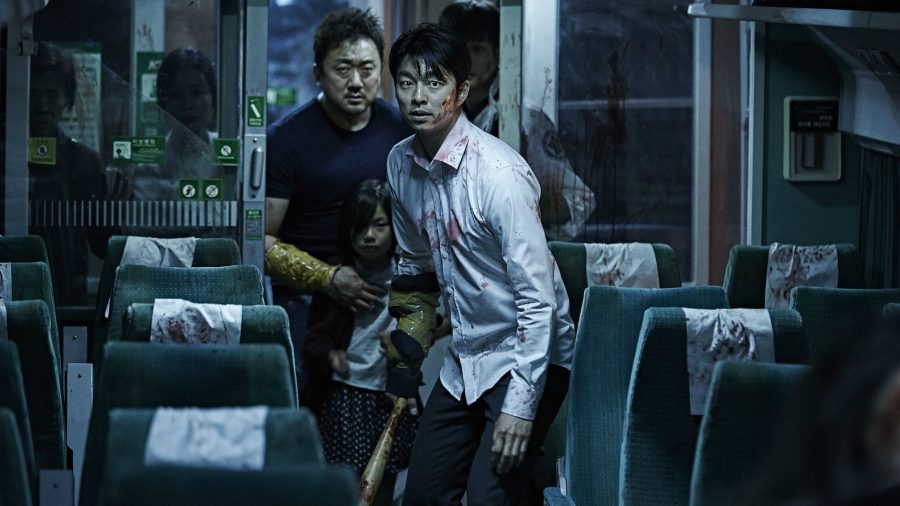 We often times overlook foreign films, giving excuses such as not understanding the language or not being able to relate to the culture in which the movie’s environment is set in. Fortunately, when I took my yearly trip to South Korea, I was able to view the zombie movie, Train to Busan, a movie that did not get to have a theatrical run in the St. Louis area. With no subtitles or English voice-over (keep in mind that I do understand conversational Korean, not movie dialogue), the film was powerful enough to employ the same emotions of grief, terror, and suspense even better than most main Hollywood action blockbusters today through visual storytelling.

I guess I can call myself a veteran zombie genre viewer. From the 1981 The Evil Dead to Shaun of the Dead, my zombie movie list is quite lengthy. The critically acclaimed Shaun of the Dead comes first on my list, with Train to Busan coming in second. That’s how good this movie is.

The film follows a father, Seok Woo (Yoo Gong), a busy father with a hectic career, running around South Korea, taking care of job-related errands. Focused on his job, he divorced his wife, and maintains an unhealthy relationship with his young daughter, Soo An (Kim Soo An). While prepping for a two-hour train ride to Busan from Seoul on his daughter’s birthday, Soo Ann pleads her father to go. Little do they know that a zombie outbreak is happening in the city. While boarding the train, an infected passenger gets on board, spreading the virus, forcing passengers to either work together or die, pitting a high school baseball team to even elderly women to collaborate to survive the train ride in a lengthy life-or-death situation.

The thing I find that makes a zombie film truly entertaining is that the conflict is scaled down, something debut live-action director/writer Sang-ho Yeon understands compared to the massive scale of World War Z, involving scenes that made the main character travel to various countries around the globe looking for clues for a cure. Train to Busan does the exact opposite, maintaining the same setting for most of the film while having its characters focus on trying to stay alive rather than looking for a cure, allowing for director Sang-ho Yeon to include more scenes involving action and suspense instead of having mundane conversations about how to cure the virus.

Without having to worry about a cure or the origin of the infection, Train to Busan is filled with intense action scenes without any shaky cam and harrowing moments of suspense. The action in the film is brutal. With no guns to finish off the zombies quickly, the characters resort to using baseball bats and duct tape around their arms, resulting in blood, gore, but most of all, believable fighting from the characters. The thing about the action in this film is that the choreography is not that fancy compared to movies such as The Raid or Jason Bourne. Since the characters are all civilians, none of them are trained to take out zombies, giving the audience sloppy, yet realistic actions, building on to the tension that the people on the train are going to have a hard time surviving.

This brings me to the film’s suspense. Train to Busan’s suspense element is it’s selling point. The suspense is constant and exhausting, added in with a couple of unpredictable scares (not jump scares). I remember being on the edge of my seat for the entire time, wondering if the main characters would get through the next train car safely. Although Train to Busan is no horror film, the amount of anxiety it brings to the audience puts a lot of mainstream horror flicks to shame.

Speaking of horror flicks, a lot of the characters make stupid decisions much like the common cliche of saying, “let’s split up.” However, these decisions are made by characters under high pressure. Looking back, the movie is not as much as a zombie film, but it is more focused on what humans do under pressure. Much of my opinions of each character was based on what their decisions were. Often times there would be characters willing to sacrifice themselves for the greater good, while other characters would selfishly use people to stay alive, and it really tips the balance on who the viewer should be rooting for. However, what I love about this film is that these decisions are all justified. Much of the movie’s underlying question is: What would you do in this situation?

One could question why characters would need to sacrifice themselves in a zombie outbreak, but the zombies in this film are no Walking Dead zombies. The zombies are reminiscent of the sprinting, spastic zombies found in World War Z and 28 Days Later. Characters are often chased by hordes of these types of zombies, and these hordes do

anything to get their hands on human flesh, leaping from the ground or clinging onto the back of the train. Veiny, white eyed, and coated with dried blood, the zombies in Train to Busan are definitely some of the scariest in the genre.

Ultimately, Train to Busan is a great zombie flick. Despite the fact that I feel like some of the scenes were too dragged out for the sake of action, the majority of the film maintained to have elements of scary zombies, suspense, lovable/hateable characters, and a simplistic plot which kept the movie from getting complicated or too predictable. I especially love the director’s choice to incorporate some humor to break up the tension, resulting in a perfect mix of action, horror, and comedy, something Hollywood action/horror films seem to miss these days. Train to Busan serves as one of the prime examples of why we should go out of our way to see films from other countries that execute the story and the director’s vision much better than the conventional Hollywood way.