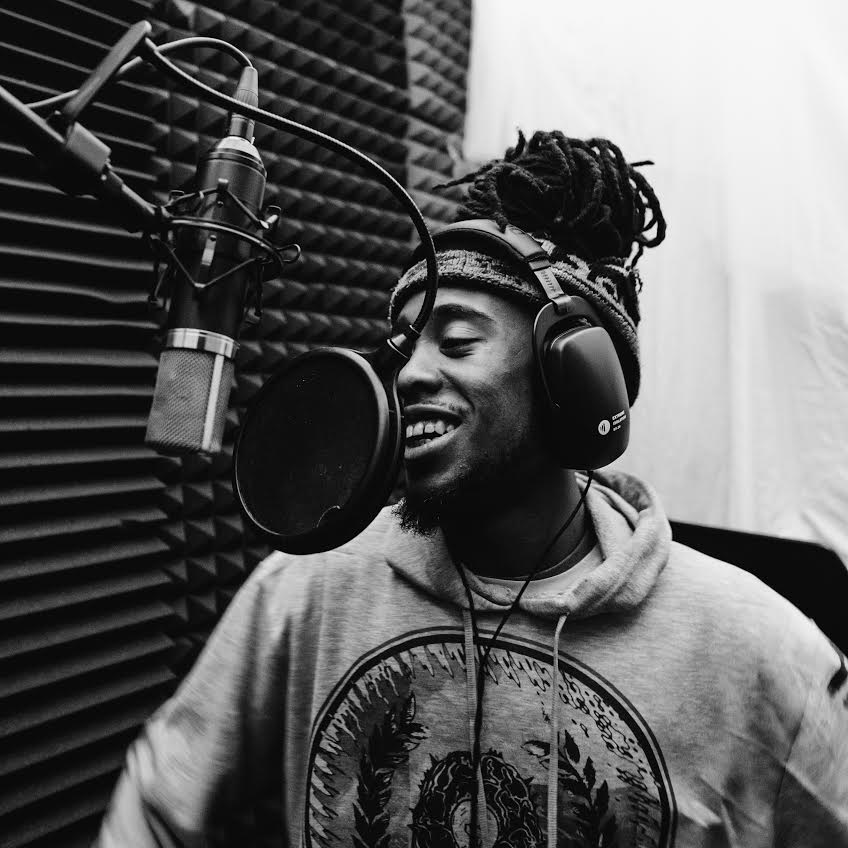 “My pops told me at a young age, ‘Music is the universal language. It’s a universal connector. It’s what has connected humankind and allowed us to make it through all these different situations. It has allowed us to have conversations. It crosses so many boundaries. Someone can hate you and still actually love your music. You can put a message in music and slowly break that stigma down,’” (2008) CHS graduate Muhammad Austin said.

Austin has carried this belief throughout his musical career, which started at the age of 12. Despite not having the most high-end gear to produce beats, Austin considers this challenge to have benefited him.

“I feel looking back that it has been the biggest blessing low-key. Cause a lack of resources heightens your creativity. It just naturally does that. If you are hungry and wanna make it happen, you’re gonna figure out a way to take whatever you’ve got and use your creativity to get what you want. It’s like a secret formula almost,” Austin said. “Imagine someone who already has the resources, you know those luxuries can make you lazy. You are challenged now to go beyond the lines. Even now, the studio I have is not a million-dollar studio, so I have to take what I have and flex my creative approach and make it sound aesthetically pleasing enough for me to be next to Jay Z.”

Austin honed his particular work ethic dating back to his days at CHS, gaining experience and inspiration for his music today.

“They had a electronic music class. That was really fresh. I was a product of the deseg community. It gave me a really interesting perspective. This is an amazing school, and at the same time there was a slight awkwardness in being the deseg student,” Austin said. “Sometimes you would get awkwardness from the students or the teachers or the kids’ parents. I think one year the parents took a vote in the community and they were done with the deseg program. They were like, we’re tired of you guys messing up test scores, fighting, etc. They were trying to cancel it. And you know, a large amount of students walked out of their classes to the quad and did a protest. Those moments happened when we were young, before Ferguson. That was still something going on in our city, and you know I talk about it a lot in my raps.”

Amidst these events, CHS was the origin of Austin’s performer name, Mvstermind.

“I was sitting in the cafeteria at CHS and, at the time, I didn’t’ really know. I was just like, yo this name sounds perfect and then I stuck with it. Then I was like, I hate this name, it sounds corny. I didn’t like it. Eventually I was like, this is your name, work with it. The most fascinating part about it is you know there were times where I was like, I should choose a different name, but now looking into the picture, I feel like I subconsciously grew into the name of being a mastermind, someone who plans and plots and strategically sets things up for them to fall into place,” Austin said. “I felt like that was kind of fresh. I didn’t notice that the way my thoughts were moving into the universe like I was really masterminding. And its mastermind with a ‘v’ because of Google search. You type in mastermind with an ‘a’, everything is going to pop up. You type it with a ‘v’, my brand will pop up.”

After CHS, Austin decided to pursue his dream of music at Loyola University, attending the school for business.

Although the university had a music industry major, Austin chose to learn about the business side of the industry, selling records to pay for his college tuition. In the end, Austin values his decision.

“I feel like it did on different levels because me being in school taught me how to pull an all nighter. Or a 32 hourer, just to pass a class. I feel like completing my album was like your semester exam because I was seriously staying up all night, figuring out formulas, practicing. I actually did learn a lot. I went to great school. A lot of people who graduated from there, like one of my teachers founded the company Tunecore which was a big distribution company. I was classmates with G-Eazy. He actually recorded my first EP and kind of taught me how to record and stuff like that,” Austin said. “So I was a school with like people who were out here making moves. Like New Augustine, they’ve got songs with like the group The Internet and stuff premiering on billboards. The school was stacked with legends in the making and that was nice.”

After gaining some experience and buying his own studio, Austin began to gain attention with his music, becoming featured on MTV, creating hits on SoundCloud, performing for crowds and more.

“I hope my listeners can get a dope balanced perspective. And also like a balanced perspective when it comes to my music. It can be pretty inspirational, but I didn’t want it to be a just smile and just wave your hands happy kind of inspirational. I want my listeners to feel why you should smile. In the midst of damaging and destroying things that are going on. We can’t let that strip us of our humanity and ourselves. We can’t go through these situations and not feel comfortable to crack a joke and be able to not think that there is something past it,” Austin said. “A lot of my stuff is hidden messages of finding yourself, finding a balance and how to maintain your own mental health. So then I say things like ‘finesse the blessings’. So that is not corny. I mean like finesse is like the thing now days. Seriously, when you are in a horrible situation throughout life and history, you can finesse the good out of a horrible situation and get a positive thing out of that. We can finesse the blessing. My culture has been finessing the blessings. We don’t have a choice, you know, we have to seek and find the good that is out there. It’s not like it’s completely abundant all in your face, but it’s there.”

Although Mvstermind is not yet a household name, Austin aspires to have the ability to spread his messages and experiences through his lyrics. “If I can play that part and have some type of influence in the world from what I love to do, it’s amazing.”