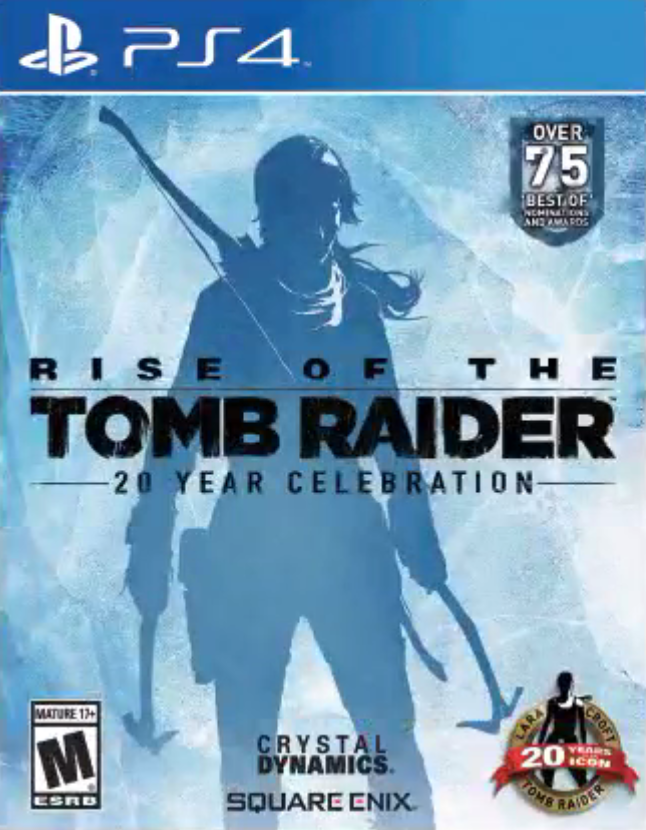 Playstation users can rejoice. After a year of waiting for a Playstation release, the “Rise of the Tomb Raider: 20 Year Celebration” edition that contains a phenomenal campaign, gorgeous graphics, and all the DLCs that Crystal Dynamics has gracefully provided PS4 players at a $59.99 is definitely worth the wait.

“Tomb Raider” has always had great campaigns. The game picks up after the events of 2013’s fabulous “Tomb Raider” reboot, following the journey of Lara Croft, and her search for the Divine Source, something that will provide immortality. At an initial glance, this seems like the typical campaign. Lara goes searching for something based off a myth or a story, and then things go south. However, unlike its predecessor, the story gives Croft a strong reasoning to go “Indiana Jones-ing,” provides a strong villain that players will be able to empathize with, and explores her family history, and involves secondary characters into the plot, all summing up for a fantastic story.

Complementing the great story is the visuals. Set in the snowy environment of Siberia, Crystal Dynamics provides the player with carefully detailed locations such as awe-inspiring mountains, ice caves, and abandoned tombs. For Lara, her hair and facial expressions are a definite improvement from previous games, especially in the cinematic cut scenes.

Gameplay wise, the game is similar, with some additions. Movement is smooth as always, puzzles have gotten harder, very imaginatively designed, providing for a more challenging yet entertaining experience.
With the skill-advancement system, the designers have created an outfit system, where players can choose different outfits that have different advantages depending on the situation the player is placed in.

Obviously, the game wouldn’t be a “Tomb Raider” game without familiar usages of various stunts through the usage of zip lines, climbing frightening heights with the pickax, leveling up skills and weapons for ridiculous take-down moves, and pulling things apart with the rope arrow.

Combat is repetitive, Lara shreds her way through enemies.

I’m not necessarily saying the combat is bad, the stealth in this game is phenomenal, silently taking down guards with arrows or finishing them off with a pickaxe, and it sure is fun killing bad guys with whatever’s at reach, but when you are forced into an open fire fight, it gets to a point where you wonder how many of them are left during some missions rather than feeling like it was fun.

Despite this, I do admire the developers adding new ways for Lara to kill her opponents through making poison arrows and explosives paired with the increased involvement in foraging for certain things to level up skills and gain different types of weapons.

So in conclusion, the core game is fantastic, with a great campaign paired with gorgeous spectacles and improved gameplay, providing gamers with a lot of hours to explore the vast outreaches of Siberia.

However, PS4 users may be wondering: “What’s new? Why should I buy the game at $59.99 when it has been delayed for us for a year?”

There is no multiplayer-deathmatch mode in “Rise of the Tomb Raider,” and I appreciate that. 2013’s “Tomb Raider’s” multiplayer was an awful attempt to snag off the success of shoot em’ up games such as “Call of Duty” and “Battlefield”, but with the introduction to the DLC, Endurance Co-op mode, it’s more of a multiplayer survival game. You gang up with a buddy, and you survive your way through the harsh conditions of the Siberian environment.

I like this gamemode, as each Tomb Raider games does involve some aspect of survival in the very beginning, but completely ignores it as the game progresses.

Well, included in the new edition is Blood Ties, a two part story mode. One is where the player has to explore Lara’s childhood home, looking for clues to the cause of her mother’s death, and more information about her father, and Lara’s history as whole. I especially loved this mode as it fleshed out Croft’s character to more than just a video game heroine.

While there is no death involved with this mode, Blood Ties is engaging, making you thoroughly search the house for artifacts, messages, letters and various tools, leading up to a giant pay off at the very end.

In addition, you can even experience the mode in VR, but unfortunately, I don’t have the money for it.

Another edition to Blood Ties is the nightmare mode, where you are forced into Croft’s imagination, fighting through hordes of neon blue zombies haunting the Croft Manor. While it is not as story driven as the other Blood Ties mode, it is definitely fun to just sit back and fight off zombies for quite some time.

Similar to Nightmare mode is the new DLC called Cold Darkness Awakened. Although not as confined as Nightmare mode, the player is still placed into a situation where they have to fight zombies. However, what’s different is that this mode requires more stealth, and is not as dedicated to combat as this mode is more story based. The other DLC added is the Baba Yaga Witch DLC, which involves more of the secondary characters, and provides many hours worth of exploring the very trippy side story.

Lastly, the 20 Year Edition enables the player to have all exclusive weapons and outfits. My personal favorite are the 5 classic Lara Croft skins, all based off the polygonal character model from older games, providing a very out-of-place yet hilarious experience to wander through Siberia.