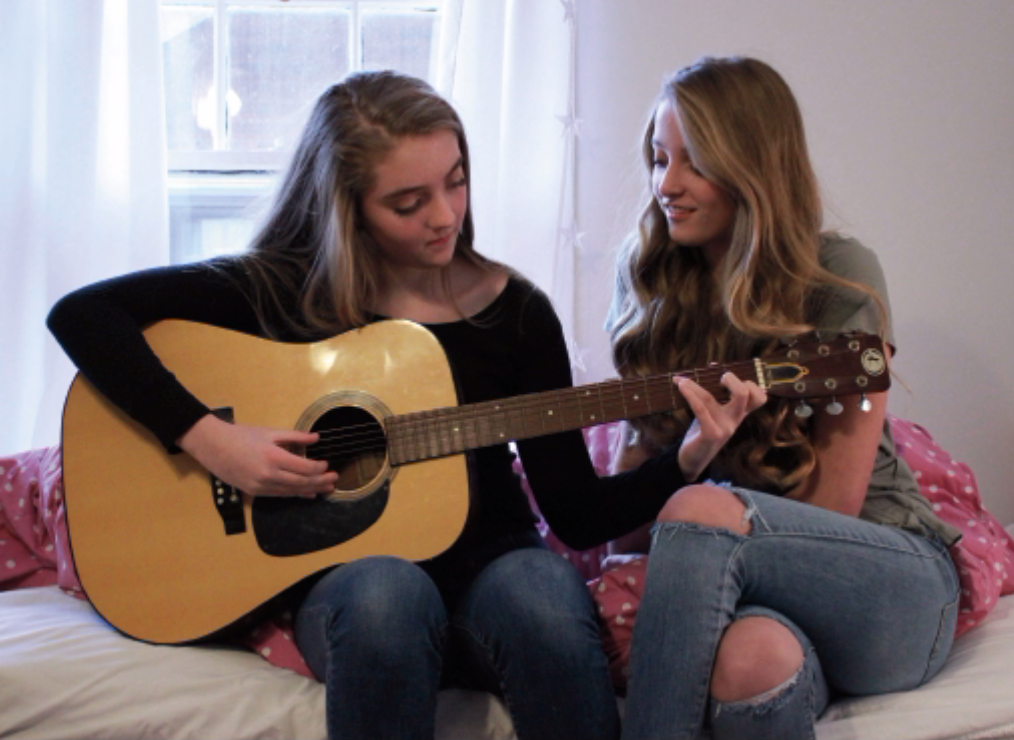 When we arrived at Barnes Jewish Hospital, we were led into a large brick building by two research assistants (RAs).

It was a Saturday, so the building was almost completely devoid of other people, but it was clear that the equipment inside was used often during the week by medical students and professionals.

The halls were bare and the facility smelled like rubbing alcohol and cleaning agent.

We passed several doorways, one of which our mom was led into one of the RAs, Anya, while we were ushered into a separate room by the other assistant, Shayna.

Inside there was an old-looking MRI machine and a dusty computer. Shayna explained to us that it was a practice room, used to help participants understand what being in the actual MRI would be like.

Katie volunteered to go in first, stepping up unto the patient table and lying down with her head resting in the intended position. Shayna strapped a contraption reminiscent of a motorcycle helmet over her face, both to keep her head from shifting and to provide the mirror that she would need to see the projector behind her.

Anokhin’s team is trying to isolate some of the variables that lead to teens and adults becoming addicted to substances.

“What makes people use it [drugs in excess]?” Anokhin said. These substances include both illicit (cocaine, marijuana, meth) and licit (alcohol, tobacco) drugs.

Twins are especially useful in studies like these because they often have DNA that is either very similar or identical. Using an MRI, researchers are able to understand the brain’s reaction to different scenarios.

When Katie was done with her MRI I could feel my heart rate speeding up; I’ve always been claustrophobic and was anxious to see how my body would react to being trapped in a dark tube.

As the table slid back into the machine, the cramped room was filled with a loud hum that echoed from wall to wall, followed by a series of obnoxious clicks. I didn’t realize that I’d been holding my breath until Shayna asked me to click a button on the controller that I was holding.

The MRI was much less constricting than I expected it to be and the only real downside to the actual experiment was the inherent boredom that comes with lying in the same position for two hours.
650 other twins, ages 12 through 18, all from the Missouri area, will be involved in this study for the next five years (or longer). 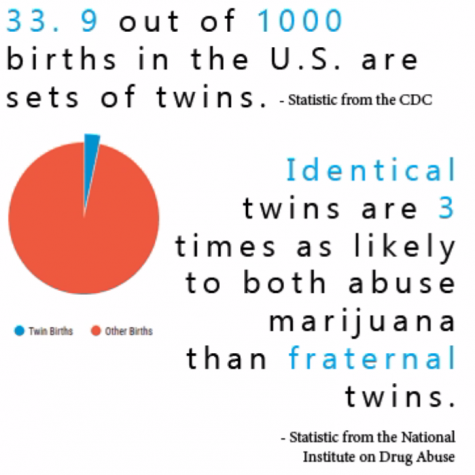 In order to even be considered for the study, we had to take part in a 30 minute phone interview about our experiences with drugs and alcohol. In addition, we filled out a lengthy online survey about our personalities and our family history, as well as any traumatic experiences that we’d had.

After we were determined to be eligible, we agreed to take part in several different ‘sessions’ with the researchers over the course of the next 18 months.

Our first session included both a two hour MRI scan and a two hour intelligence and risk taking test.
Inside the MRI, we played multiple games using a hand-held controller that were designed to gage the speed of our reflexes.

In one game, several shapes would flash on the screen; as soon as the black shape appeared, we were supposed to click a button.

Another game was intended to measure our willingness to take risks.

In it, we were instructed to blow up a virtual balloon by clicking a button on our controllers. A click would increase the balloon’s monetary value, but it was viable to pop at any time, even after two or three ‘pumps’.

Our job was to choose when to stop pumping and collect the money at stake. I walked away with $50 (as well as substantial bragging rights), while my sister earned $30.

The second session was a much more personal one.

Katie and I were separated and interviewed by two different RAs about suicide, drug and alcohol abuse, and family dynamic.

One question was particularly striking; we were asked to rate our relationships with each other and with our parents.

I was hesitant to answer this question, shocked by the idea of rating 14 years of failure, success, love, loss and laughter on a scale from one to 10.

It was a thought that I’d never considered before; mapping out my life as something tangible and concrete.

Looking at myself that way, from the perspective of an outsider, I realized how lucky I am to be able to answer confidently, “10.”