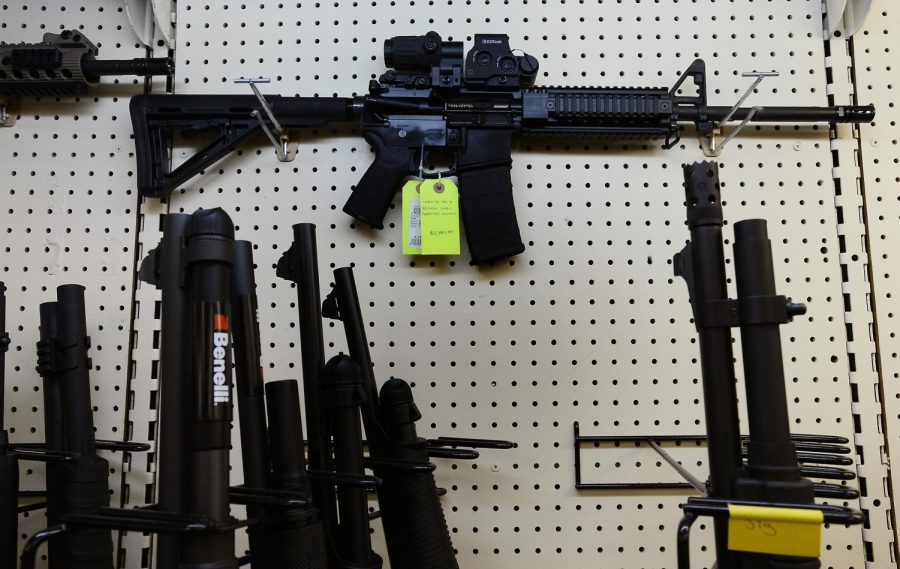 There should be no instance in which the last thing a child hears is the sound of gunfire. In America, this has been the case with far too many children as of late. In February, at Marjory Stoneman Douglas high school in Parkland, 15 children were killed, as well as two adults. On March 7, 17-year-old Courtlin Arrington was killed at Huffman high school in Alabama. The list could go on, including well-known instances such as Columbine and Sandy Hook, as well as the countless others which never rose to infamy.
One massacre is too many, yet somehow, it would take paragraphs to name them all.
The fact that an assault rifle such as the AR-15 can be brought into a school, a theatre, a concert venue or a mall in any instance allows for so many killings to take place. The apparent ease with which this has been done calls into question the logistics and morality of the laws regarding gun control. In situations where the safety of innocent children is encroached upon, this is especially true.
We are the innocent children, the teens trying to enjoy our youth in a time where, for the first time, mass slaughter is a very real possibility. No previous generation has grown up with the knowledge that stepping into a school building could be a deadly risk. We have to grow up this way.
There is no situation where an American’s right to own a gun outweighs a child’s right to be alive, our right to be alive. After all, the right to live safely is in the International Bill of Human Rights. The right to bear arms belongs solely to the American Constitution, only one country’s document. And, anyway, aren’t we as Americans supposed to have a right to life, liberty and the pursuit of happiness?
The use of the Constitution to excuse unmonitored ownership of a gun comes up far too frequently in discussions of gun control.
To start, the second amendment was written during the time of one-shot rifles and citizen militias, a time when gun might truly have been needed to protect oneself. Now, America has one of the world’s most reinforced armies, and a strong police force. The need for the ownership of a gun is questionable. Definitively, however, owning a weapon like the AR-15 is inexcusable.
Perhaps, then, the Constitution and its amendments (specifically the second) should not be treated as set-in-stone, but as a living document that adapts with the progress of the world. We have progressed to a point where weapons of war are easily-purchased commodities. Now is the time for a change, one which would make it impossible to purchase such a weapon and bring it into a place that should be kept safe. We can not afford to cling unyielding to the second amendment when the currency with which we pay for it is the lives of children.
The time has passed for offering thoughts and prayers without action to back them up. One massacre should have been enough to warrant change. Certainly after this many, there is no excuse for the inaction we have seen thus far. The demand is not that all guns be removed from the hands of the American people; the demand is, in fact, that guns only be placed into the hands of American people who can be trusted to use them safely. This does not encroach on any freedom, so there is no reason that a change can’t be made.
Perhaps the Constitution declares “We the People,” but the Constitution also contains the lax second amendment, and nobody seems to be able to fix it. Well, we the youth will not rest until we no longer have to watch our peers slaughtered around us, and we will not rest until we prevail.