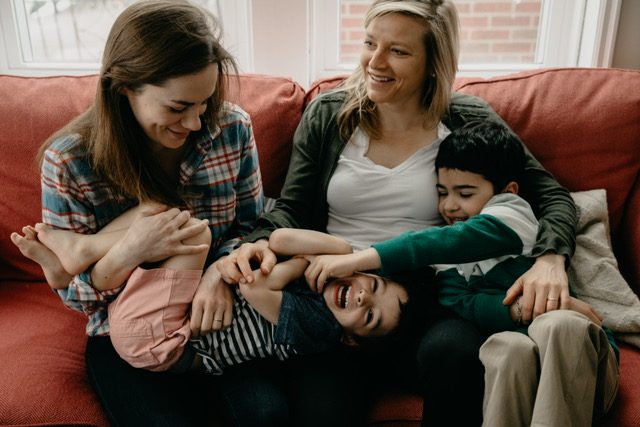 “I always tell my sons to be proud of themselves,” Glenridge Elementary librarian Jude Hagene said. “They are biracial, and the minute they walk into a room, they are subjected to whatever people think about their skin color. They cannot hide, but I can. I can pass as a straight woman. I decided it was time for me to ‘walk the talk’ and be proud of who I am, regardless of what people think.”

Over 20 states explicitly prohibit employment discrimination based on sexual orientation and gender identity. Missouri is not one of these states.

However, in 2011, the School District of Clayton changed their non-discrimination policy to include protection of faculty on the basis of sexual orientation and gender identity. Although many districts in the St. Louis area have enacted similar policies, Clayton is one of the more progressive. This important factor allows staff who identify as LGBT to feel safe and supported in Clayton. 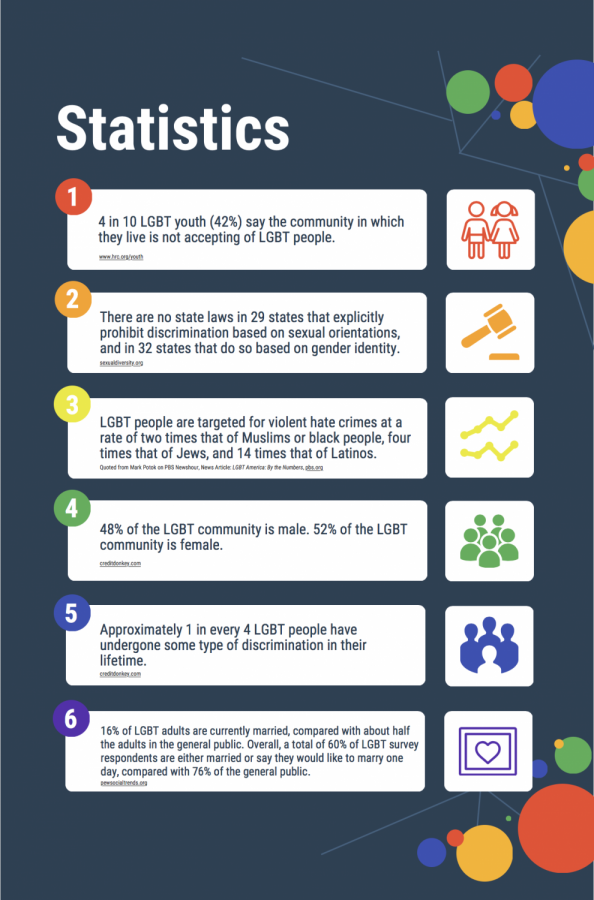 Beverly Nance, former principal of Wydown, made national headlines this summer when she was denied housing with her wife, Mary Walsh, at Friendship Village Sunset Hills retirement community.

The women sued the retirement community in federal court on the basis of sex discrimination. If they were a heterosexual couple, they argue, they would have been allowed to live together.

While Dr. Nance was not open about her sexual orientation during her years of employment in Clayton, she is now taking a different path to fight for equality.

In light of Dr. Nance’s current legal plight, the Globe explored some of the current Clayton faculty’s experiences since the passage of the District’s non-discrimination policy in 2011.

“I actually chose to come to Clayton and teach because I thought it was inclusive,” Janet Crews, instructional coordinator at Glenridge, said. “I was teaching in a district in South County and it was not a very inclusive community, and so I came here with that belief. And as a teacher, I have been one hundred percent supported.”

Superintendent Sean Doherty agrees that Clayton has an accepting climate for faculty who identify as LGBT.

“Clayton has a very open and welcoming environment and I think that is one of the hallmarks of our district,” Doherty said. “I have been in other districts and I haven’t seen it as open as I see it here. I really admire that we have people who feel comfortable being who they are in our community.”

In schools without anti-discrimination policies, teachers may fear for their job security.

“I lost my job in New Mexico because of my orientation,” Hagene said. “So it does happen.”

Some teachers feel that Clayton’s anti-discrimination policy was overdue.

“I worked with a group of teachers that were trying to get Clayton to change their policy in the late 90’s,” Christina Vodicka, an art teacher at CHS, said. “We gathered a lot of information and it sat on the desk at the central office for a very long time. And then eventually it changed. So in one sense, it felt like it had taken a long time, but it was also sort of validation. It’s nice to be brought to the table in an official way.”

Vodicka and others understand the power and importance for students to have a diverse staff.

“When people in positions of power are saying that the door is open to you equally, it has a very validating effect on someone who is figuring that out for themselves,” Erin Sucher-O’Grady, journalism teacher at CHS, said. “I think when students can see role models and examples of people in their communities, it can be really powerful for them.”

However, for some members of the community, a teacher’s sexual orientation might be viewed as a political issue.

Although the school district provides a generally safe climate for staff members who identify as LGBT, some advocate for further change.

“As a gay parent, I have to fill out forms every single year that still say ‘mother father,’” Crews said. “So I cross them off every single year and write ‘parent parent.’ But it never seems to change anything.”

Clayton faculty also understand the importance of diverse representation in our schools.

“We need to walk through the building with our eyes open as if we are an LGBT student,” Wehner said. “How often do these students see a reinforcement of a male-female paradigm and how often do they see a reinforcement of a male-male or female-female paradigm? I think it is important for a student’s sense of self that they see themselves represented in school.”

Some teachers feel that there are easy changes to ensure that every student feels respected at school.

“I don’t understand why we don’t have easily accessible gender-neutral bathrooms,” Sucher-O’Grady said. “We just need to change a sign on a door. The ones that we have are hidden and awkward for the students who want to use them. This sends the message that we are not supportive.”

There is a lot of divisiveness in the country, and some faculty feel that it is time to speak out.

“The people who came out when I was growing up lost their job, their family, everything,” Wehner said. “Being open about who I am is the least I can do to honor them for what they have done for me. I now need to carry the torch. Right now, people who are anti-gay feel emboldened and think that it is okay to say anti-gay things. If we can justify discriminating against one group of people, where does that stop?”

At this time when Beverly Nance is carrying her own torch, Clayton faculty are grateful to be in a district that allows them to express themselves.

“I feel a deep appreciation for a district where I can be myself and where I can bring my kids around and feel like they will be welcome,” Sucher-O’Grady said. “I hope that, as students make their journey through the District, they will feel the same embrace that I feel.”

The passage of the policy in 2011 has had a noticeable impact on faculty and administrators who have chosen to make Clayton their professional home.

“We are an environment that hires high-quality people who are working in the best interests of our students, and their sexual orientation is not going to impact that,” Doherty said. “I think our teachers are incredible. They’re all coming from different stories and have different backgrounds, and I think that’s what makes us stronger.”