The Problem with “To All the Boys I Loved Before”

Sean Kim discusses the difference between racial diversity and cultural diversity in his opinion piece about the Netflix rom-com. 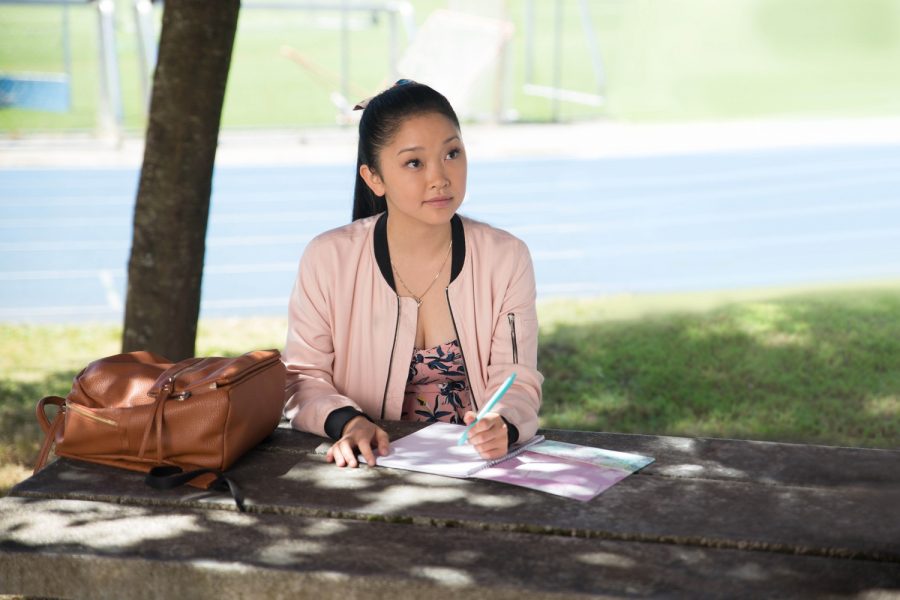 Lana Condor in the Netflix original film, "To All the Boys I Loved Before," a film popular among Clayton High School students and teenagers in general.

It’s a pretty good time to be an Asian-American. With hit movies such as Crazy Rich Asians along with a slew of smaller movies and TV shows such as Searching, Columbus and Fresh Off the Boat, Asians are getting the well-deserved Hollywood representation the community has been yearning.

Of course, representation should be the least of our problems in the mess of today’s issues, but I’m a little biased myself and I can’t help but sit back and appreciate this shift in entertainment.

Crazy Rich Asians currently has made 137 million dollars against a 30 million dollar budget. Searching has made 14.6 million in a mere six days. We’ve defied all expectations and proved Hollywood wrong.

Finally, after years of the community being cast aside to indie productions, background and side-kick roles, the limelight is on us, and it’s our time to shine.

Amidst this attention, there are films such as To All The Boys I’ve Loved Before that blur the line between a step in the right direction.

To clarify, TABILB  is a decent movie. It was fine to sum it up. Not a boring moment in the movie, but nothing really special about it. It’s a typical teen rom-com that happens to have an Asian actress as its lead. I think that’s great. It’s good to see some fresh faces on the silver screen.

However, the problem that the film encounters is that it pats itself on the back for meeting all the checkmarks for being a “progressive” film. Lead actress that isn’t white? Check. Throw in some Asian details to add some cultural “wokeness?” Check. Token black character that absolutely does nothing and has barely any purpose to the plot? Check. Oh, let’s just also throw in the fact that he’s gay just to show that we support LGBTQ+ rights! What a joke.

Just like being gay was an integral part of Love, Simon, if TABILB wants to champion itself as a progressive picture that celebrates other cultures, Asian identity would be a core element of the film. The problem is it’s not, but the film continues to be one of the most appraised examples of representation. This is wrong.

In the age where representation has started to influence the ratings of TV shows and movies, Hollywood has noticed that in order to not get similar backlash to movements like #OscarsSoWhite, they’ve been keen to throw in characters from non-white, not straight backgrounds just as a financial and ratings bait under the veil of diversity.

The Asian-American community needs to notice these cheap gimmicks and call Hollywood out on them, starting with TABILB first.

It’s the textbook definition of fake progressivism. People who praise the film are keen to throw around the phrase “inclusion.” People pride themselves to be liberals who support that Asian culture is finally being recognized when the film does barely anything to recognize or celebrate the Asian identity other than a Japanese yogurt reference. Come on.

There’s nothing uniquely Asian about the film. Remove the food references, remove the fact that the lead character’s dead mom is Korean, and bam, you have a typical teen movie where the filmmakers could slap in a white actress and not change a thing.

Is that diversity? If an Asian character has nothing different about her other than her stereotypical, shy demeanor and her skin color, that’s not representation. That’s assimilation.

Forcing characters to be essentially white does nothing to push the liberal agenda of representation. In fact, the film is stepping back and forgetting what makes it so special. If studios want to stamp the diversity logo on their films, they should embrace and celebrate different cultures and identities, not push to hide them.

As members of the Clayton community, we pride ourselves for appreciating the differences in our community. We post on social media and feel proud of supporting movies such as Crazy Rich Asians, Moonlight, BlacKkKlansman and so many more because they’re all about representation. If we truly want to support representation, we must be cautious of films like TABILB. If support keeps growing for such films, Hollywood will perpetuate lazy attempts at inclusion for a cash grab.

And good for them for doing the bare minimum. However, if you truly appreciate stories from other cultures and know the power of true representation, you would not praise lazy attempts at diversity such as TABILB. Coming from someone whose first time of experiencing representation on the big screen was last Friday while watching Searching, I implore you to ignore To All the Boys I Loved Before. Instead, go watch Crazy Rich Asians or Searching, not just for the Asian-American community, but for true representation as a whole.