Mr. Thurmon Stubblefield, a beloved maintenance employee for the Clayton School District, builds a community with the children at the Clayton Family Center 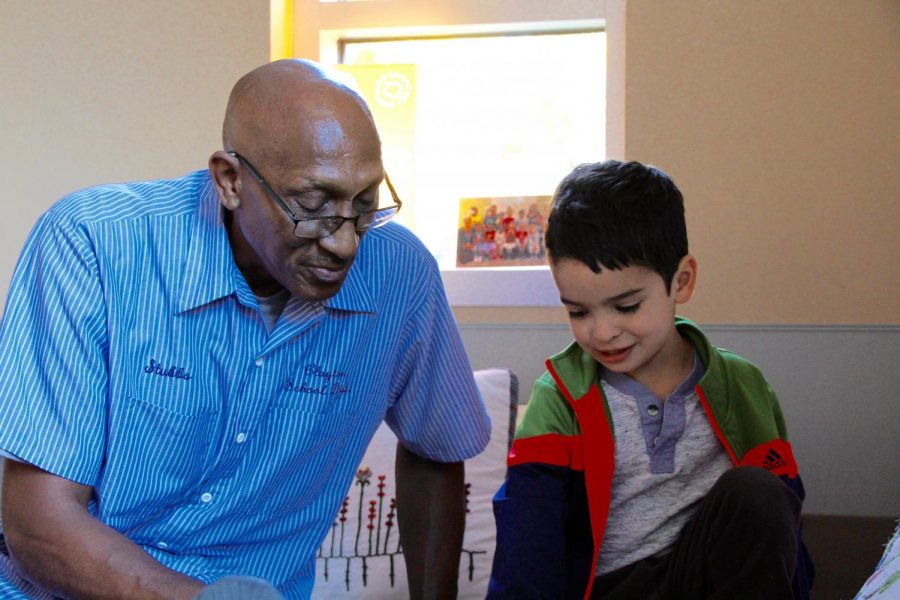 This is a job Mr. Thurmon knows well, as he has performed it for more than 7 years. Mr. Thurmon has been a janitor in the Clayton School District for a total of 16 years: 2 years as a district substitute janitor (filling in at any of the Clayton schools), 7 years as a janitor at the high school, and 7 years at the Family Center. After working for so long at the high school, there was some adjustment to be made.

“When I first got over here it was different because I wasn’t used to working with little ones. It was something I had to get used to because the way this building is cleaned is a lot different than the other schools. There’s a lot of detail work. But, I really love working here.” Mr. Thurmon said.

It didn’t take Mr. Thurmon much time to adjust, and he quickly became an important part of the success of the Family Center.

Mr. Thurmon has also become somewhat of a celebrity at the Family Center. The Family Center hosts an auction for fundraising with parents. The idea, Lunch with Mr. Thurmon got its’ start a few years ago. Debbie Reilly explains, “Families pay a fee to have their kids eat lunch with Mr. Thurmon. A lot of kids buy a ticket and have lunch with him. It has become our number one fundraiser.” Mr. Thurmon added, “The first year we had maybe 8 or so kids that signed up. The next year, I don’t know what happened, but it just grew. This past year we wound up having 18 kids signed up.”

After all his years as a janitor, Mr. Thurmon’s dearest memories are simple. They are seeing the little, timid toddlers that first enter the Family Center emerge as talkative kids about to enter kindergarten. The preschoolers are also Mr. Thurmon’s favorite part of his job. He said, “I could be having a bad day and when you get a little one to come up to you and thank you for doing something, that makes it all better.”

To sum up Mr. Thurmon and his contribution to the Family Center, Family Center Director, Debbie Reilly said, “He just adds to the overall joy of the building. All the kids absolutely love him.”