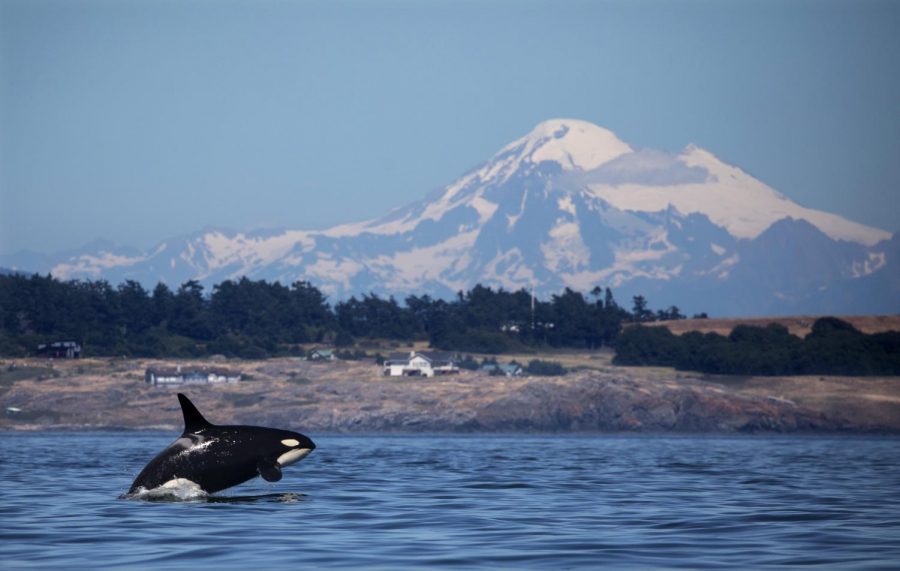 A southern resident killer whale breaches in Haro Strait just off San Juan Island's west side with Mt. Baker in the backround.

On October 8, 2018, a report from the Intergovernmental Panel on Climate Change (IPCC) came out that basically told everyone that the world as we know it is ending.  The goal of the environmental report was to evaluate the difference between a 1.5 degree Celsius and a 2 degree Celsius warming of the earth’s surface.

Since the industrial age, around the 1800’s, the earth’s surface has warmed 1 degree Celsius. If we continue our current way of living, the world is projected to heat up more than 1.5 degrees by the end of the century. The Paris Agreement is an agreement between the UN bring attention and limit the effects of climate change. Their goal is to limit warming to 2 degrees celsius by 2050 and to make efforts to reduce the warming even further to 1.5 degrees celsius.

Although the difference between 1.5 and 2 degrees celsius seems small, the difference in the effects to our climate is drastic. With a 2 degree increase, 98% of coral will be at risk potentially causing complete destruction and extinction. However, if we can limit warming to 1.5 degrees, 90% of the coral will be at risk.  This may seem like a small difference number wise, but in reality 8% more coral could prevent extinction.

Vanessa Pirotta, an australian marine biologist and science communicator, shared a concern she has seen in her field. “Climate change is a concern for Southern Hemisphere humpback whale populations,” she said. “May of the whales, which migrate to Australia, feed on Antarctic krill in Antarctica which are often associated around ice. If we lose ice due to climate change, we lose Antarctic krill habitat, which is a concern for growing whale populations.”

In an interview with Barbara Lotsoff, a former environmental engineer with URS Corporation, she said that “unfortunately I think it is going to take more devastation before many people are willing to make a change.”

According to the website of Acting on Climate Together, “economic losses from weather events influenced by human induced climate change and health damages due to air pollution  caused by fossil fuel energy products” cost about 240 billion dollars annually. They also say that if we double our current share of renewable energy it would create 500,000 jobs and cut the amount of energy using coal, making the air quality better and reducing health costs.

The biggest thing one can do to help is to push for changes in our society and form groups or create movements to raise awareness. Other small things you can do is stop eating meat (especially beef) and dairy products, switch to solar panels, walk or bike places instead of drive, and stop buying things you don’t need.

It’s going to take many big changes to prevent this dangerous and horrible future. It’s easy to talk about helping, but will people come through and save the Earth.