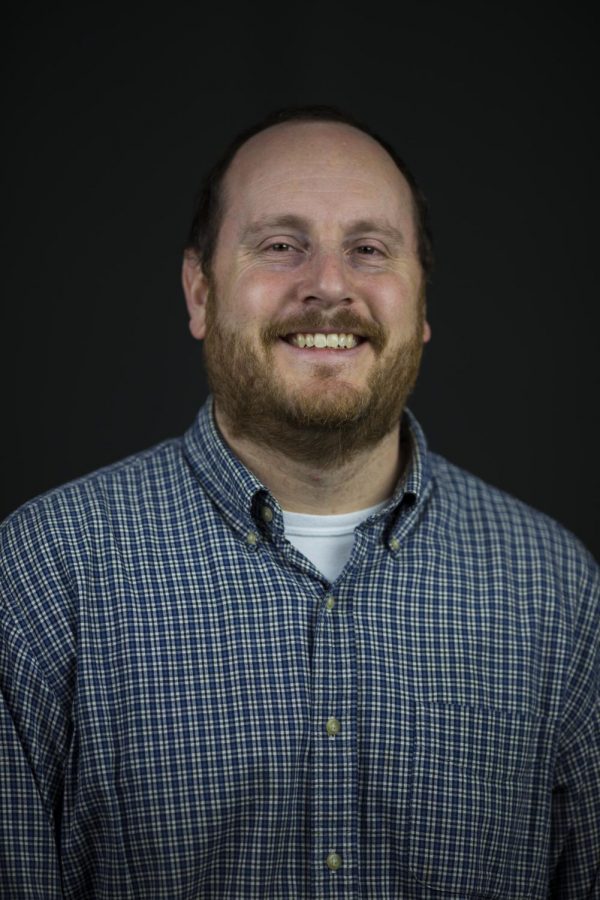 Sean Rochester, Class of 1997, is an English teacher at CHS.

Sitting at a desk one day, several years after college, editing content for Dell products at an advertising firm, CHS graduate Sean Rochester (‘97) made a drastic life choice: he was going to teach at none other than his very own alma mater.

“Coming back here to teach was always a dream. This is embarrassing, but I applied three times. It took me three times for them to take pity on me,” Rochester said.

Rochester currently teaches Honors English I and Honors American Literature at CHS. Many of his own practices both in the classroom and in life are based on his own high school experience and his former teachers.

“Growing up in Clayton, it just became the norm to try to excel. It wasn’t a hope, it was an expectation. And to be surrounded by adults who did the same, it seemed normal. So I applied that attitude to my own college life and professional life.”

Aside from academics, many of his formative years were composed of team comradery in basketball, baseball and soccer. Rochester fondly recounted a vivid memory of the soccer team his senior year, after making it to district championships.

“All of us were playing our guts out because we knew it was the last time we were going to play,” Rochester said. “And it was fall, so it was freezing out. And we ended up losing in shootouts. And walking off the field, I started to cry. Because I realized this was the last time we would go to war together, and soccer was such a major part of my life, and I knew that I would play again in the future, but it would never be the same. I was proud of representing Clayton, and knowing that that was over, it’s bittersweet. We lost, but there was still pride.”

As for current CHS students striving to uphold the District’s desired student qualities, Rochester grants one piece of advice:

“Absolutely work hard, try your hardest, but keep things in perspective. As important as grades are, as important as a transcript is, there are larger things in life than how many points one gets on a quiz or a test. It’s important to maximize experience outside of academics, and to really live.”