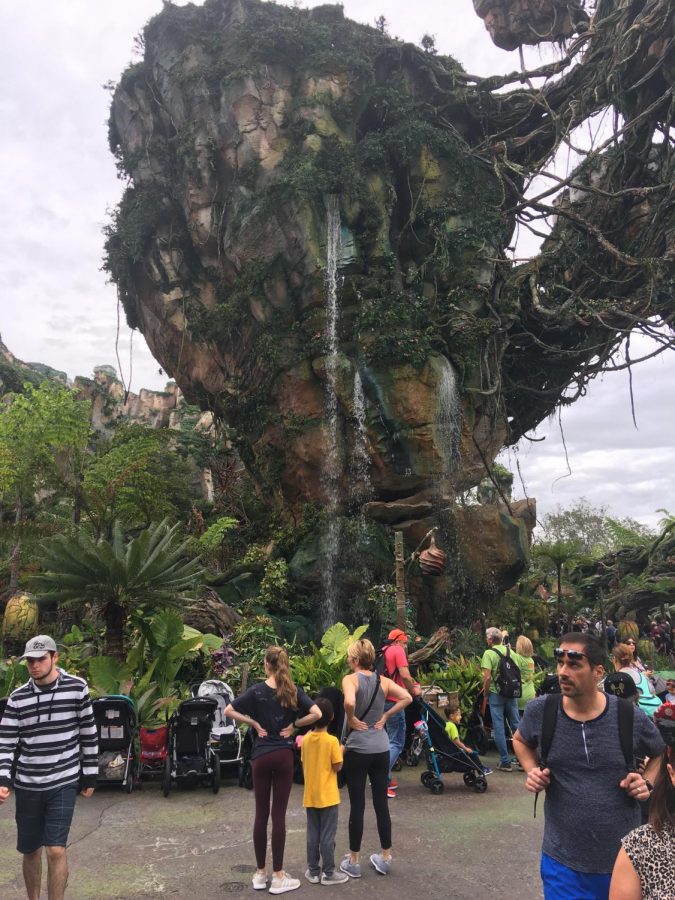 The Quinns post for a photo together in Animal Kingdom in Florida.

I remember the first picture I saw of him. He was only seven months old then. His hair flopped over his face, smiling at the camera.

I remember a strange woman inspecting our house, my parents craving validation from her. She walked around my house, trying to make conversation with a six-year-old who wanted nothing to do with her or her new brother, as other adults did.

It was the same question and the same answer over and over again.

“Are you excited to be a big sister?”

And that was that.

The rest of the family was ecstatic though, why wouldn’t they be? They would not wake up in the middle of the night to wails that would frighten a bear. They did not have to change soiled diapers or say “Oh, it’s ok.” when the little menace breaks my toys. They did not have to hear about how excited my parents were to fly across the world to pick up someone they had never met in Korea.

Naturally, I didn’t completely agree with the rest of my family. I didn’t really understand much about the adoption. To me, it seemed as though my parents weren’t happy with me so they had to pick up a baby. Obviously, that was not true, but as a six-year-old kid in 2010, it was my world.

Even my friends in first grade thought being a sister was the coolest thing. I don’t blame them, even 9 years later, but I have still never met someone who was adopted other than my brother.

I remember the week my parents left for Korea, which seemed light-years away. My grandparents watched me that week and we went to the zoo, played games, watched movies, anything to keep me distracted. I feigned excitement about Max’s arrival, but I created a “welcome-home” poster for him to distract me. These activities dulled the feeling of betrayal and abandonment a little, but it was not enough.

Eventually, the day came where my grandparents look me to the airport to meet Max. The car ride seemed to last forever, the streetlights at a standstill. The entire family was meeting us there. All of my cousins, my aunts, my uncles, everybody came to meet Max. I thought about how easy it was for them to come. They didn’t have to come home to a crying baby, wondering where his foster parents went. All my family had to do was show up and leave. It was that simple.

I remember seeing my parents walk out of the gate with a chunky baby in their arms, slobber dripping down his bib. I cannot recall much after that, except the feeling of wanting to cry. I felt betrayed by my parents, hurt. As a six-year old girl, it felt as if my parents chose a stranger over me.

Of course, that is not true, and my parents desperately tried to prove that to me. They bought a stuffed zebra I had been eyeing at the mall, which I named Scout. They told me how Max would never replace me and how much they loved me. With time, I grew to love Max, and began to see how other saw him.

Max knows his whole story. He knows of when I did not like him, which he understands. Even if my parents did not want to tell him he was adopted, it would be pretty hard considering he is Asian and my parents and I are as white as fresh snow.

Others have noticed our differences. Many believe that he is just some random boy and I am just some random girl, not that we are brother and sister. Our family has had a lot of second glances and questions by friends. I don’t really mind it, I think it’s interesting too. It’s when people think that Max and I are telling a joke that we are siblings that gets on my nerves.

It’s when Max comes home saying that kids at his school pulled back their eyes in a racist way. It’s when people think that my mother or father had an affair. It’s when people have called Max racist names like “Stir-Fry” and “Caramel boy”. That is what bothers me. Honestly, I think it hurts me more than it hurts Max.

Sometimes, I don’t even think about Max being Korean. Why would I? Max is my brother and I am his sister.