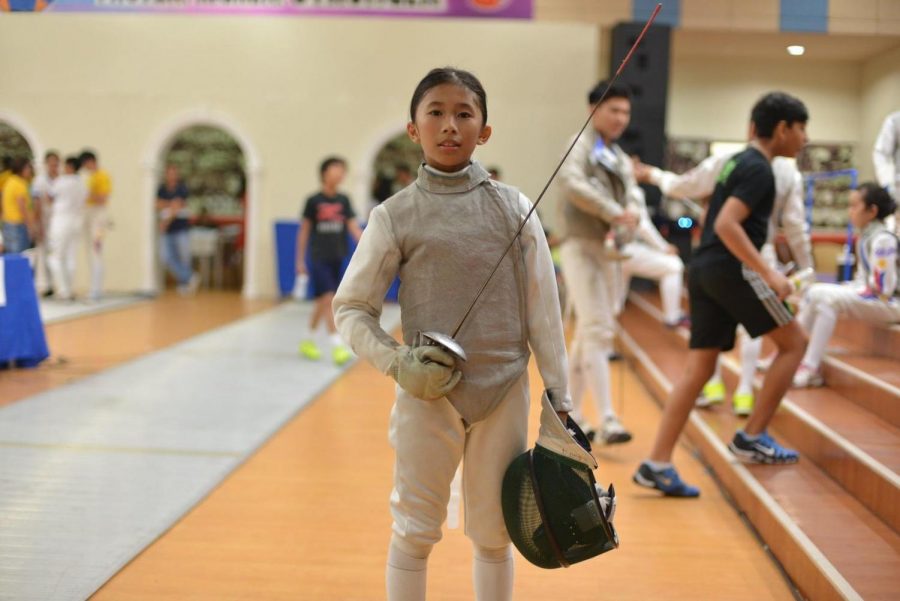 For freshman Daena Talavera, what began as a birthday gift from her dad became one of the most important additions to her daily life. At the age of 8, Talavera was introduced to fencing, and has been involved in the sport ever since. Talavera was immediately intrigued by the unique sport. Previous to her commitment to fencing, Talavera took part in taekwondo, soccer, tennis, gymnastics, swimming, and volleyball. Upon discovering fencing, she knew that it was something she wanted to take part in.

Having played a multitude sports prior to fencing, Talavera knew exactly what she was looking for in a sport.

“I just found those [other] sports a tad basic and boring and lost interest, but since fencing is unique it really grasped my attention,” Talavera said. Fencing requires a considerable amount of physical and emotional stamina, a challenge that Talavera welcomes eagerly.

Talavera has been incredibly successful in the fencing community. Being highly ranked on national and international levels has gotten Talavera’s name out into the world as an incredible athlete. Additionally, being a citizen of both the Philippines and the United States, Talavera has many more opportunities to represent countries in international competitions than other opponents. She specializes in foil fencing, which is arguably extremely difficult due to the fact that you are not awarded points for hits on the entire body.

Having to aim at a smaller area on a person is a task in which Talavera is clearly skilled. Her accomplishments include 1st in the North American Cup, 1st in the US Nationals, and 6th at a marathon (Grand Prix) in Paris. Talavera’s frequent fencing competitions have taken her all over the world, including France, Germany, Poland, Singapore, the Philippines and Japan.

Missing school as often as three separate times per month to leave the country for fencing tournaments takes its toll on Talavera as well, especially since preparations for a tournament are just as important as the results themselves.

“During the competition when I’m constantly moving and nervous I physically cannot eat so I just load up the night before. I eat a small breakfast and head to the venue, blasting a mixture of classical music and rap to calm my nerves,” Talavera said. Additionally, Talavera recently suffered an injury to her collarbone while training.

“It impacts it drastically, you get injured, especially somewhere needed to fence, it’s crushing,” Talavera said. Sitting on the sidelines watching teammates and opponents training for hours every day while Talavera’s training has been very limited is incredibly difficult.

“I’m still nowhere near to what my old self was since I can only slowly ramp up how much I train,” Talavera said.

Being an accomplished athlete has kept Talavera on her toes, both when training and when competing.

“Sometimes when I pass by a group of people, I can hear them talking about me, both good and bad things. But most importantly, I constantly have a target on my back,” Talavera said. Keeping her ranking high is extremely important to Talavera, since it’s hard to climb one’s way back up to the top of any leaderboard.

Talavera’s fencing endeavours have not only contributed to her skill as an athlete, but also to non-fencing activities in her daily life. Talavera has been left with lessons that will benefit her for the rest of her life.

“Your lowest moments don’t define you and the important part is recovering and being better than your past self,” Talavera said.