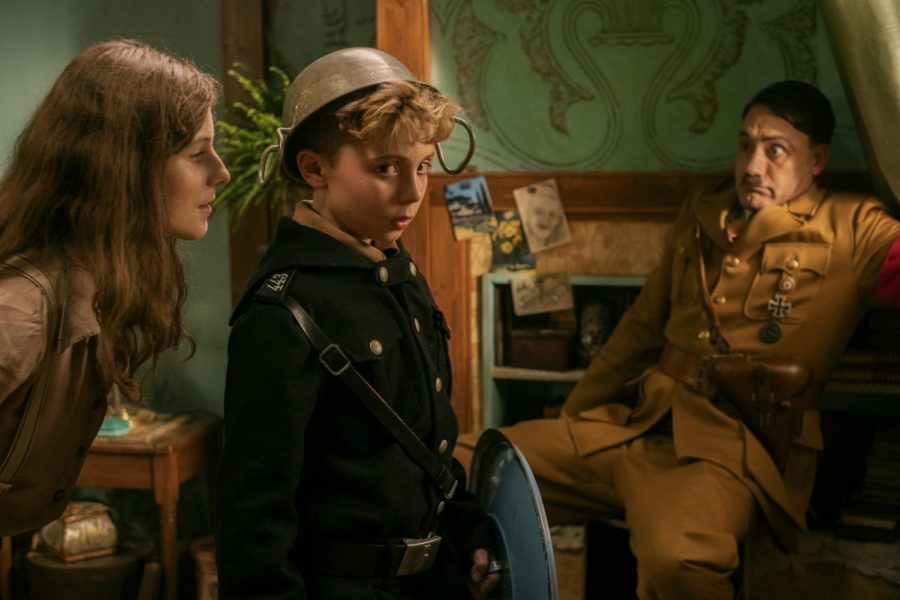 Jojo Rabbit, directed by Taika Waititi, already has 27 award nominations, 6 of which were nominations from the Academy Awards. The satirical film takes on a very risky and unique perspective of Nazi Rule in Germany. Through the eyes of Hitler youth member, Jojo Betzler, the audience views Germany just 2 years before the end of WWII. Jojo and his friends take part in Hitler youth training programs, which are heavily criticized in the movie through comedy. Jojo finds out that her mother has been sheltering an orphaned jewish girl, Elsa, in their home. Together, Elsa and Jojo endure war outside the walls of their home and grow to realize that they are more alike than different.

Although the film is a comedy, it is very moving. The intentional satire highlights the powers of myths in society, and how they used to control perspective, especially the youth’s. Through extensive propaganda and constant antagonizing of Jews, the LGBTQ+ community and countless other minorities, little Jojo’s reality is completely manufactured. He is told disfigured stories that dehumanize Jews and paint them as monsters. Watching this, I truly empathized for Jojo Betzler, which brought me to very complicated moral debates like – do we have a choice in who we become or are we just the products of society? Was it really Jojo’s fault that he fell into a scheme of violence? Or was it his Nazi youth leaders’? Perhaps Hitler himself? I think this is a really important film, not only because it shows how we can all learn to support each other, but also because it teaches today’s youth to be skeptical, make their own judgements and come to their own conclusions.