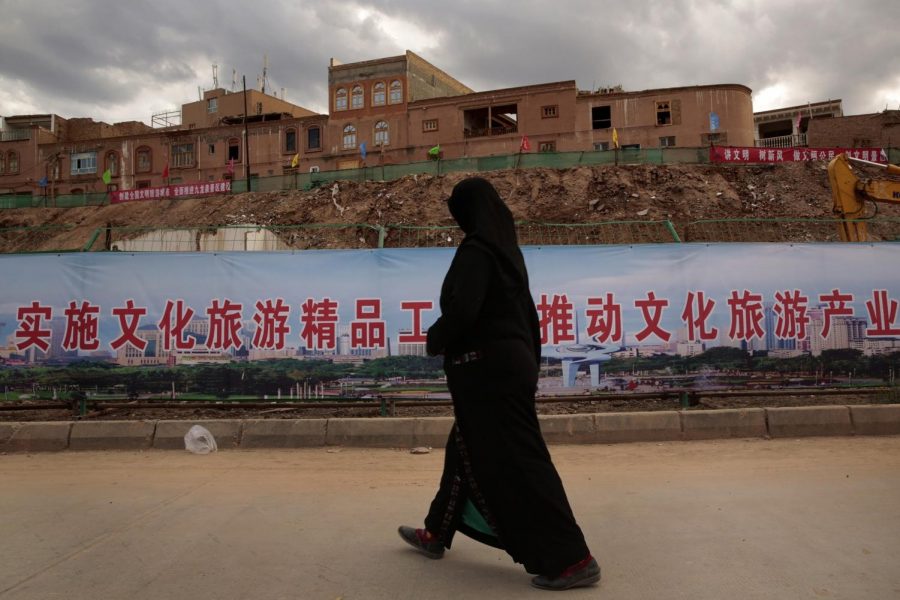 “How can you just hear about a million people being tortured and killed and then just brush that off?” said Sadaf Kayani, a Muslim living in Clayton. “This has been happening for years, you’ll see the occasional news article about it and you might hear a couple of people bring it up but for the most part our community as a whole has remained silent.”

Since 2017, over two million Uyghur Muslims have been detained in re-education camps formed by the Chinese Communist Party in the Xinjiang region of China.

“One of my relatives, in early 2017 got put inside one of these camps. Last November he came out dead,” said Aydin Anwar an Uyghur American activist in an interview with Now This. “Many of my relatives we don’t know if they’re dead or alive, there’s not a single Uyghur who doesn’t have at least one family member in these camps.”

Officials have been detaining large numbers of Uyghurs Muslims without a valid reason. Many Uyghurs have reported being detained without any charges against them and no trial. Some of the many reasons for detainment have been refusing alcohol, praying after meals, fasting, long beards, and any other signs of religious devotion.

“One of my relatives got sent to a camp because he went to the United States to attend my cousin’s wedding in 2014,” said Anwar in the same interview.

Chinese officials would heavily police areas with a large Muslim population. In 2017 one of these heavily policed areas was reported to have made up 21% of all arrests in China even though it barely made up 2% of the total population.

Because of such high rates of detainment, schools and factories are being turned into re-education camps to accommodate the high number of prisoners. In addition to this, it is reported that most towns and villages in East Turkistan are near empty with 70-80% of the population being gone, suspected to be in some form of detainment.

Even with the tiny Muslim population that is not in the camps, they are still suffering and imprisoned by the government. Han officials are appointed to live with the Muslims who have managed to stay out of the camps and keep an eye on them to make sure they continue to stay silent on the issue and suppress their religion.

Anwar continues to explain in the Now This interview how even the children are in a form of imprisonment by saying, “The children of these detainees have been sent to state-run orphanages and boarding schools where they are taught to hate their own religion, identity, are forced to speak Chinese, [and these children] are subject to abuse and torture. The parents don’t know where their kids are. ”

According to former detainees, the only way to describe their experience was inhumane. They were forced to sing the national anthem of China and communist songs repeatedly, receive unknown medicines, eat pork and drink alcohol which goes against their religion, are constantly sexually abused and forced to have abortions, receive punishments such as sitting in the “tiger chair” for hours and being handcuffed for hours while being beaten, and the list of mental and physical abuse goes on and on.

“They made me wear what they called ‘iron clothes’, a suit made of metal that weighed over 50 pounds,” said former detainee Kairat Samarkand in an interview with NPR. “They made people wear this to break their spirits. After 12 hours I became so soft, quiet, and lawful.”

Sayragul Sauytbay, who was also a former detainee, shares some experience from her horrific experience as well.

“It was forbidden to speak with the prisoners, forbidden to laugh, forbidden to cry and forbidden to answer questions from anyone,” Sauytbay said in her interview with Haaretz. “On an everyday basis the policemen took the pretty girls with them, and they didn’t come back to the rooms all night.”

This is the largest genocide happening in the world right now, with millions of Muslims detained and hundreds of thousands being killed every day. So how are our nation’s leaders responding?

Karen Pierce, a representative of the UK, spoke at a UN General Assembly showing her and 23 other countries concern about the situation, “(There are) credible reports of mass detention, efforts to restrict cultural and religious practices, mass surveillance disproportionately targeting ethnic Uyghurs, and other human rights violations and abuses in the region.”

On the very same day that Pierce’s statement was made 54 countries published a joint response of retaliation, in the response they showed their support for China saying they approved of the camps in Xinjiang. Going on to say they viewed it as acts of counter-terrorism and de-radicalization.

Aisha Kuzzez, a Muslim at Clayton High School is horrified by what is happening in China, “The countries that are trying to justify this are absolutely sickening. I feel like Islamophobia and racism have been so normalized towards Muslims and not talked about enough. This genocide isn’t an issue that we should be divided on. It’s real people that are being tortured against because of their religion.”