A Clayton alum has recently landed the lead role in an Amazon Prime film. 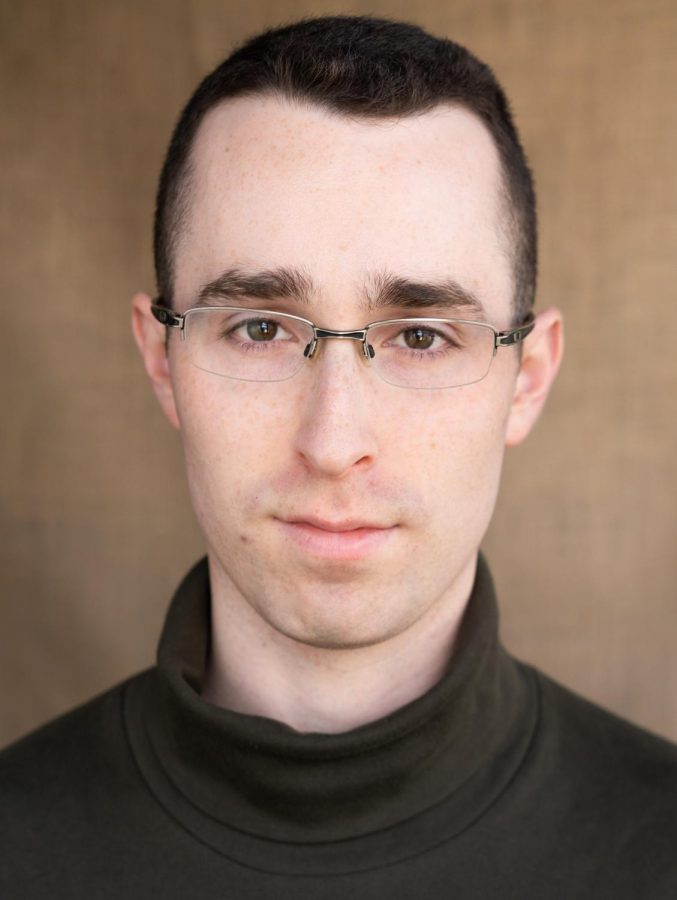 Friedman has been staking out his own in L.A as an aspiring actor, recently landing a role as the lead in an Amazon Prime film.

Many Clayton alums go on to pursue exceptional exploits in a wide variety of careers. But one in particular, Jeff Friedman, found himself a role in the spotlight– and most recently, as the lead in an Amazon Prime film.

Friedman, class of 2015, dabbled in theater during middle school, and chose to focus on academics and extracurriculars such as Globe in high school. It wasn’t until the end of his high school career that he began to enjoy presenting himself publicly, when he auditioned for the student run musical and was a commencement speaker at graduation.
However, it was truly his undergraduate experience at Pomona College that immersed him into the world of acting and entertainment. He minored in theater and majored in film studies, participated in student-run shows and was involved with the theater department. He was a part of an a capella group that made it to the quarterfinals of an international championship two years in a row.
In 2019, Friedman graduated from Pomona, and now continues his education through acting classes and auditions for a variety of roles. In addition to his agents submitting him to projects, he also submits to many himself, and one of these instances is how Friedman ended up as the lead in the upcoming movie It’s Not You, It’s Me.
“It was during a really slow time, because the entertainment industry was basically shut down, but I found this project for a Prime feature film in March or April and it sounded really cool,” Friedman said.

Although that specific project was not going to be in the works until the future, the director, producer and writer recommended Friedman for the movie. After a loose audition process, Friedman was cast as the main character.
“I had never been in anything this long before, and I had a big part. It was really weird the way it happened, but before I knew it, we were basically done,” Friedman said.
It’s Not You, It’s Me features a young rocket scientist and romantic ignoramus who finds the love of his life cheating on him with his ex-roommate just as he’s about to propose. He sets out to learn what went wrong in his previous relationships. For film fanatics, Friedman suggests it is similar to the early 2000s films, High Fidelity and Broken Flowers, with hints of director Mel Brooks’ influence.
The movie is set to release soon, but is still in the works with a few more scenes to shoot. Upon completion and submission to Amazon Prime, the movie can take anywhere from three to eight weeks to premiere on the website.
“I’ve been really lucky to be able to work on this movie. We were very careful and followed protocols… just to have the privilege to be able to go work on something like this in the first place is amazing. You can’t always see all of the blessings right in front of you until something so serious hits the world,” Friedman said.
Aside from It’s Not You, It’s Me, Friedman acts in the Instagram TV and YouTube comedy web series Unprofessionalism. Similar to hit shows such as The Office or Parks and Recreation, it features new hires at a company where the charismatic boss is not who he seems to be on the surface. In his spare time, he also writes projects like short films.

“I’ve made some just with friends, but I hope to get into that more and keep self-creating, just because it’s so important to do that at all times as a creative person, but especially now when an industry can almost completely shut down with no real predictability,” Friedman said.
In addition to his acting gigs, Friedman also recently became the face of an amusing calendar entitled “Nice Jewish Guys.” It was another project he submitted himself to, and he was accepted for an interview, which he didn’t attend alone.
“I actually brought my mom with me to the interview. She was visiting me here in LA from St. Louis. I didn’t want her to be idle and she was really curious so she had me take her in,” Friedman said.
He recalled the interviewer later praised him for it, saying it definitely scored some points with him. Next thing he knew, Friedman was being photographed in Elysian Park by Dodger Stadium, biting an apple and waving in the distance. A year later, he was surprised to see he made the cover of the magazine, which he didn’t realize was an option.
“It’s pretty weird because all of a sudden I was like, ‘Wow, my face is on Amazon!’ I looked it up and it was on [the websites of] Target, Wal-Mart, Barnes and Noble… It’s getting closer to 2021, I think it’ll actually be available in stores. It was just really weird to see my face,” Friedman said.
Although he has found opportunities in his relatively few years as an actor, it hasn’t always been smooth sailing for Friedman. For those wishing to pursue acting, he has some expertise to share. He emphasizes that anyone choosing acting as a career, if it is a viable option, should focus on their happiness above all. Finding success is tough with an enormous supply of actors and scarce demand, even with new content being churned out every day.
“You have to sustain yourself mentally, physically, emotionally and financially. The way to do that is to network and find like-minded people and create content that makes you fulfilled. It’s definitely been hard to figure that out in L.A. You see your friends getting opportunities and auditions… a lot of things here are just left to chance. Sometimes you put in a lot of hard work and it doesn’t pay off in the way that you’re expecting it to,” Friedman said.

However, Friedman believes that the best way to find success is to persist.
“If I were to try acting for 3 months and stop, there’s almost no chance that I’d get somewhere. At the end of the day, you’re buying lottery ticket after lottery ticket and hoping that… maybe you start by doing a short film, then you get slightly longer films that’ll be on Amazon Prime, and then maybe you’ll get onto a big show or a big movie and things will start to build from there slowly. It’s a really weird industry for a lot of reasons, but one of the weirdest things is that you can literally transform overnight,” Friedman said.
Yet before Friedman went onto accomplish a variety of interesting feats, he was a high-schooler at Clayton, and his years of experience have given him wisdom to share with current ones.
“You’re some of the hardest-working people. I received a lot of good advice in high school, but if there’s one thing I really wish someone had said to me, it’s that a million different things are going to influence the course of your life and your happiness. Where you go to college is one of those things, but it’s so insignificant. My entire life in high school was defined by where I may or may not go to college, but it was just the fact that I had the preparation and tools to go to college that actually mattered.”