Artemis Fowl the movie is drastically different from the books 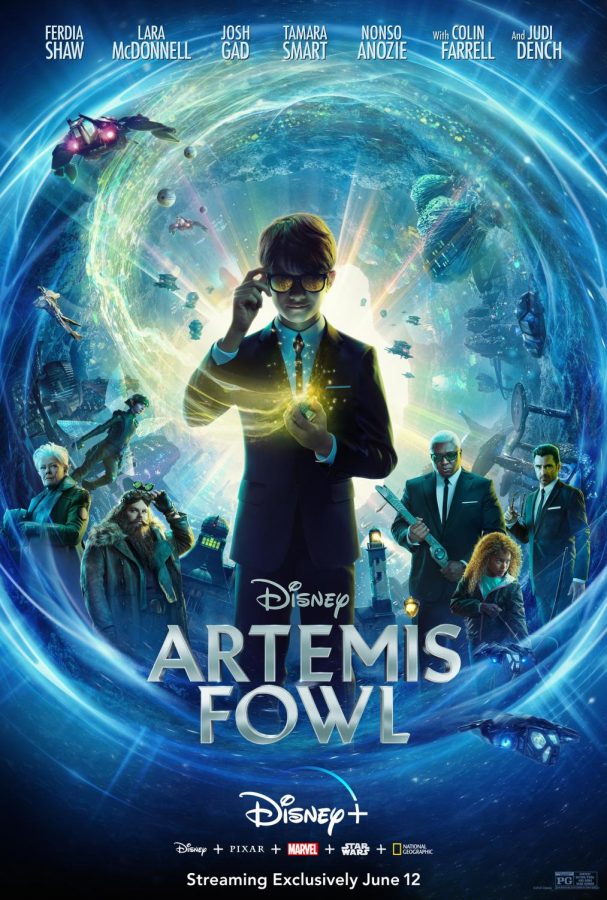 Artemis Fowl, directed by Kenneth Branagh, was released on June 12, 2020 on Disney+ due to the pandemic. The film is about Artemis Fowl Jr. as he tries to regain his kidnapped father from a mysterious yet evil Opal Koboi. Set in Ireland, he attempts this with some help from his butler Domovoi, Juliet, the fairy Holly Short, and the tall dwarf (one of the core gags in the movie) Mulch Diggums. However, the only way to recover Artemis Fowl Sr. is to trade him for the Aculos, a powerful magical item that in the wrong hands, could possibly destroy the world.

The movie was based off of the much loved Artemis Fowl series by Eoin Colfer, which was written in 2001. In the first book, Artemis Fowl, a descendant of an age-old crime family, attempts to steal gold from fairies. Through the series, he slowly finds his way back to good and creates better relationships with the people around him. Artemis also faces a weight of maturity from his missing father and an insane mother.

Adapting a book to a movie is perfectly fine, and altering the scenes and plot is usually a welcome change so the movie won’t be a scene-by-scene carbon copy. However, in this case, the books were completely converted to a much more family friendly version and squeezed into an hour and 30 minutes. The result? A sad off-brand “Spy Kids” with magic, or in the words of it’s own author Eoin Colfer, “Die-hard with fairies.” Artemis Fowl the movie ends up short, unsatisfying, and merely eye-candy– a waste of a $125 million budget.

Even the effects, dazzling as they may be, were not necessarily great. One particular favorite effect the movie loved to do was a slower frame per second effect, which brought a choppy sorry-my-zoom-is-crashing feel to the movie. The first time it came up, I checked my wifi and if someone was using the microwave because of the choppiness. Not only this, but during action scenes, spiralling camera work and dutch angles a la Twilight were always prevalent. I was queasy.

Unfortunately, the action sequences and effects weren’t the only thing that made me nauseous. Artemis Fowl was overly Disney-ified, complete with the dead mother trope and horrifyingly sappy quotes such as “Are we friends, Artemis Fowl? We are. Forever friends.” This, again, is jarringly different from the books, where Artemis Fowl is emotionless and seemingly the villain.

Many people have spoken about how the movie suffers from the same syndrome that the Percy Jackson movies suffered from- high expectations with a large fan base, only for the plot to be mutilated and left with a dry, yet overstuffed, storyline.

Disney managed to fail to bring magic to a story chock-full of goblins, trolls, and fairies. Artemis Fowl is the English teacher’s nightmare: completely tell and no show. They claim that Artemis is a “criminal mastermind”, yet give him no space to truly let his feigned intellect shine. Worse, they claim he doesn’t make friends easily, which correlates with the book. However, a couple minutes after he meets Holly Short, he’s all too willing to trust her and the first to suggest them being friends, merely because both have a missing/dead father.

If they decide to make this movie more wholesome and kid-friendly, with none of the villainy of Artemis Fowl from the books, then add the wonder. Add the fun and the magic, the stakes and the excitement.

But don’t make it this.