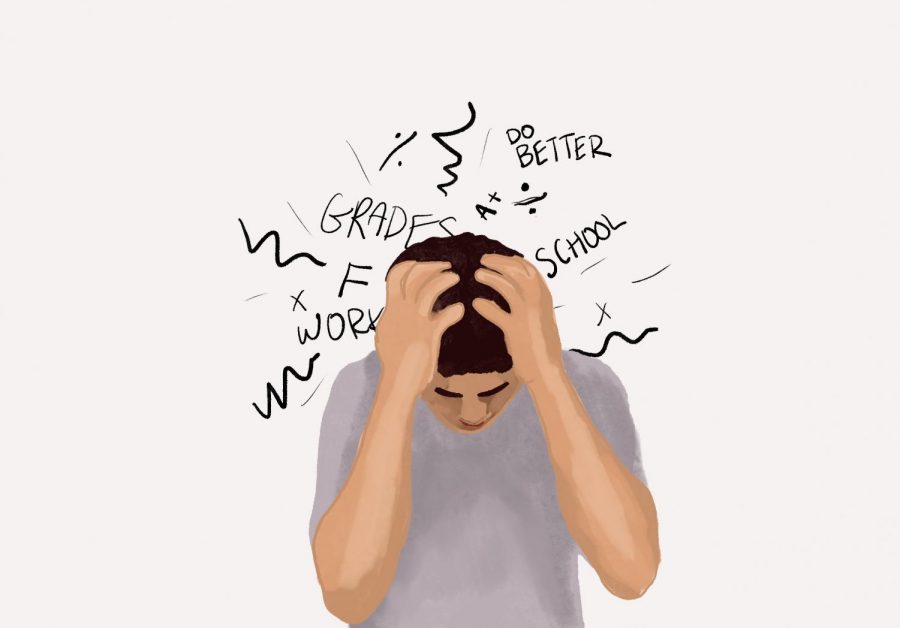 “I see them being super productive and doing a bunch of stuff and I feel like I’m not doing enough, and then I’m like, I’m not getting enough awards, or I’m not doing this, I’m not doing that. I feel worthless, almost,” they explained.
We have linked institutional prestige, capitalist economic value and productivity levels so closely to our identities that we equate how much we are worth to the economy, college admissions and grind culture with how much we are worth as human beings. For example, Glossenger explained that even the language we use to talk about wealth and value, such as describing how much a billionaire is “worth,” fuels this equivalence.
Many of us don’t have identities or perceptions of our own self-worth outside of what we consume and produce. We don’t have hobbies or feel like we have time to actually do things that make us happy. Instead, we focus all of our energy on the future instead of the present. Students are inundated with a message that they should strive to achieve great things, dream big and go places–what Odell calls “the rhetoric of growth.” Working towards goals is a good thing, but this mentality makes us feel like we never actually achieve our goals because there’s always something more. We aren’t taught that it’s enough to be happy and content with the present moment, because as consumers we are conditioned to constantly want more and as producers we are conditioned to constantly achieve more.
As Glossenger said, “You’re never going to be happy if you’re constantly chasing some sort of dream at the end of all of this awful, terrible work or grind. And I think too often, the young people who I interact with confuse the two, or even maybe somewhat worse, they’ll lie to themselves and say ‘no, I really like this grind.’ And I’m like, no, all of the outward things do not show that you’re enjoying the grind. They show that you feel sick from not sleeping enough and not having friends.”
We feel the need to commodify every aspect of our own lives, even our free time, because we ourselves are commodities.
“Even when Clayton kids are doing hobbies, it’s so competitive that it’s like varsity, varsity, varsity,” said sophomore Ana Marin. “It’s still not relaxing, it’s still another competition and arena.”
The education system has not been built to allow students to discover what makes them happy and what they value, outside of winning competitions, being “successful” and maintaining a high GPA. It has been built to perpetuate a toxic cycle that keeps schools high-achieving and economies like Clayton thriving. Freshman Sophia Lu described this process of going through high school, getting into college and securing a career as “an endless cycle of productivity.” It’s a cycle that is actively upheld by the culture at CHS, and it’s up to us as students to escape it.