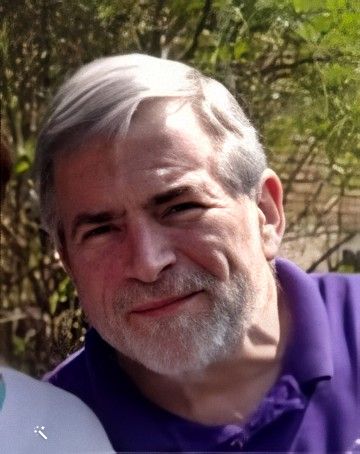 This year is Dr. Varley's 43rd year of teaching. He spent the last 29 years teaching in the Clayton School District.

“Dr. Varley is all about being a good person and having integrity,” said Jennifer Shenberger, one of Dr. Paul Varley’s coworkers at Wydown Middle School. “He wants to instill that in his students and he does that through his stories. From common gestures of not wearing a hat in the building or making sure you can make eye contact and shake somebody’s hand and say pleasant things, you’ll never hear [him] say anything negative about anybody.”

Paul Varley, who has taught music for 43 years, has a strong background history in music. “We always did music in my family,” Varley said. “My uncle’s wife played organ, so we all stood around it and sang,” he added. By singing with his family and listening to big band music, Varley was inspired to go into music as a career. During his freshman year of high school, he made a decision to become a music teacher.

“I just really enjoyed being in band,” Varley said. Once Varley gained the confidence to be a teacher, he couldn’t decide whether he wanted to teach band or math. While he really enjoyed being in band class, he also had a likeable math teacher. “I was wondering if I wanted to teach math, or to teach music, and thought music would be more fun,” said Varley, who chose music as his best subject.

Varley taught band at Wydown Middle School for the past 29 years. Not only did he teach music, but he also shared several personal stories of his to the class. “He talked a lot about going to Penn State,” said CHS sophomore Isabella Bamnolker (‘23). Varley remembered his experience starting off quite rough at Penn State. He auditioned for the marching blue band at the university, but he didn’t get in.

Although Varley never made it into the marching band his freshman year, his director encouraged him to re-audition the next year, expecting to see him in the band. Therefore, he auditioned a second time, and gladly made it through. Not only did he play in the marching band, but he also joined other bands throughout his college experience.

“I played in the German band, jazz band, and the dixieland band,” Varley said.

While Varley had many music experiences through his education, his work as a teacher makes him a very honorable gentleman, especially around other teachers in the Clayton district. “Anytime there’s a new director in the district, the first thing he does is invites them and their family over to his house for dinner,” said Shenberger, remembering how Varley would always invite a teacher who was brand new to the district over to his house.

One of the teachers that Varley invited was WMS Choir Teacher, Nicholas Urvan, during his first year in the district, in 2016.

“When Mr. Urvan first came to teach in Clayton, I invited him over for supper and he brought his wife Hannah,” Varley said. Once he started a conversation with Mr. Urvan’s wife, he ultimately found out that she attended school in the Clayton district. Thus, Varley discovered that Hannah was one of his students. “She told me her maiden name and I was like, ‘You played flute!’”

Varley has the advantage of taking responsibility for his actions and the actions of others. When he took a high school marching band to Florida, he and his students stopped at a convenience store in Georgia so that they could get something to eat. He remembered that one of the employees said to him that too many kids couldn’t be allowed in the store at once because it was like “a bull running through a China shop.” Because the employee was afraid that too many kids would cause a hassle in the store, Varley made a promise to her that caused something grand to happen.

“These are really good kids,” Varley said to the employee. “If you let them in, nothing will go wrong. And if something does go wrong, I’ll pay for it out of my own pocket.” After the employee received these words from Varley, she rightfully let all of the students in, and they got what they needed to eat without causing any trouble.

Once all the students went back onto the bus, the employee came up to Varley and said, “Sir, I’m so sorry. This was a wonderful group of kids and anytime you come back this way, we’ll be more than happy to have you come in.” The employee showed her appreciation for Varley because of the responsibility he would have taken if things didn’t go as planned.

In general, Varley sees teaching students as a very important part of his life.

“He has the ability to impact positively the lives of students if he comes in contact with them,” said Shenberger. In his 43 years of teaching, Varley led many of his students to choose to play music, not only through high school, but also in college. Because of his impact on students, Varley is recognized for being a wonderful guide for many of their futures.

“He was inspiring a lot of kids to follow their dreams,” said Bamnolker.