Flawed Historical Narratives in the Classroom 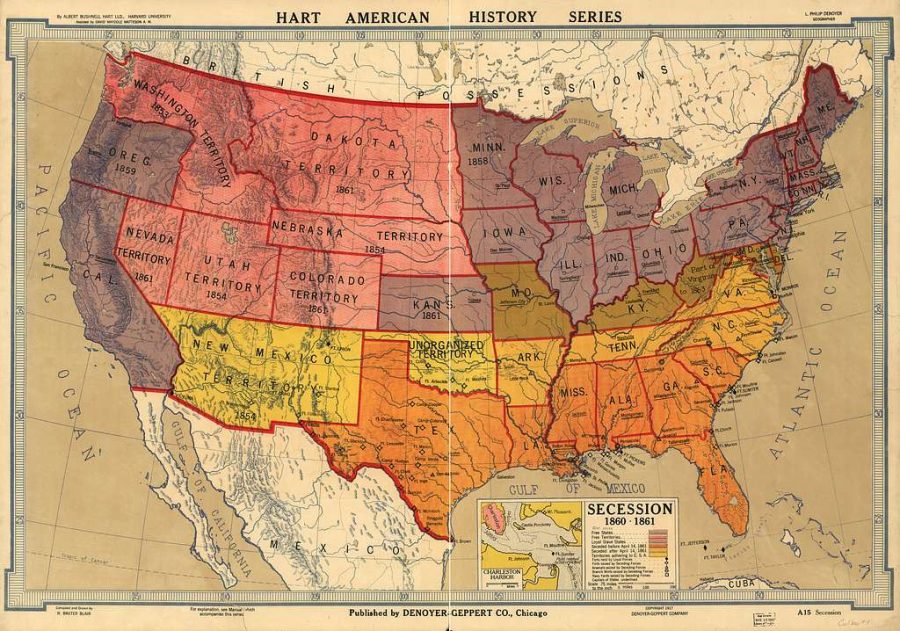 “In the mid-1800s, on the eve of the European domination of Africa, African people were divided into hundreds of ethnic and linguistic groups.”

That’s according to “Modern World History: Volume 2,” one of the sophomore history textbooks which goes on to explain how Europeans struggled to navigate African rivers until the development of steam-powered riverboats, and how most Africans continued to adhere to “traditional beliefs” after the arrival of European colonizers.

This is the dominant narrative told through history education: the story starts with the arrival of colonizers, neglecting the perspectives of the conquered peoples. In the rest of the chapter “The Roots of Imperialism,” the only African people referenced by name are described in their relation to resistance of European colonialism. We learn about Scottish missionary David Livingstone, explorer Henry Stanley, King Leopold II of Belgium, businessman Cecil Rhodes, future British prime minister Winston Churchill – but there are only two African people mentioned in the chapter.

The establishing of colonies signaled a change in the way of life of the Africans,” the chapter explains in its last paragraph. Not only does the book never teach students about the pre-colonization way of life for Africans, but it also inaccurately lumps all Africans into a homogenous group. History is told through an overwhelmingly white perspective, classifying non-European people and places as secondary.

But the problem of textbooks enforcing oppressive systems isn’t confined to the unit on imperialism. “America Through Lens: Volume 2” focuses on U.S. history in the twentieth century. Chapter 27 covers the Vietnam War, but the section on the legacy of the war focuses almost exclusively on the impact of the Vietnam War in America. It describes the experiences of veterans with PTSD, but never mentions the devastation caused to Vietnamese civilians from the use of chemical weapons such as napalm and Agent Orange.

American history does not exist in a vacuum. Textbooks should be teaching students not only about the actions of Americans, but also about the often-harmful impacts of those actions that have been felt in other parts of the world throughout history. American glory should be decentralized in war narratives to give students a broader understanding of conflict.

In the last chapter of “America Through the Lens: Volume 2,” the textbook includes a handful of short sections about the movements of marginalized groups during the 20th century: “Latino Lives in the United States,” “Minority Workers Fight for Equality,” “Native Americans Mobilize” and “Asian American Civil Rights.” Instead of integrating the experiences of people of color into the rest of the textbook, they are neatly packaged into two-page spreads at the end of the chapter. The information about social movements of the 1970s is also far from comprehensive; the gay rights movement is barely covered.

History textbooks have long been the focus of political debates. That’s because, as Willamette University history professor Seth Cotlar pointed out, “National histories are always bound up with national identities, and what a nation understands itself to be is often very closely related to the stories it tells itself about who it’s been.” Competing viewpoints about how to present the past are often represented by different visions of the ideals that America should be built on today.

Disagreements over history education extend beyond the information presented. Many educators and historians also disagree about how that information should be presented. A common approach to teaching history is to present it like a story. Using narrative can be a powerful teaching tool, but the predominant stories told in history classrooms can oversimplify historical events and issues, creating a cast of characters and easily memorized places and dates that gloss over the complexities of history.

“The past is not a story,” said Dr. Flannery Burke, a history professor at Saint Louis University. “People don’t live their lives like they are characters in a story.”

Though the goal of history education is to produce an informed citizenry through telling a unified story, the story that is commonly told tends to be incomplete and allows students to stay in their comfort zones when it comes to understanding the past.

“One main problem with teaching history as a means of creating a shared national identity is that when the events of the past don’t tell a tidy story of unity despite difference, we tend to minimize them or leave them out,” said Lindsay Marshall, a postdoctoral fellow at the University of Illinois at Urbana Champaign who is writing a book about U.S. history textbook narratives.

“For instance, most US history curriculum tends to teach students that although slavery was shameful and wrong, we ‘fixed’ it with the Civil War, and the rest of the history of racial violence and discrimination in the timeline gets disconnected from the legacy of slavery that continues to fuel it.”
But it’s not just the timeline that’s flawed and incomplete; it’s also the stories that are told about people in history curriculums. The impact of collective action and movements is neglected while historical figures are often glorified and emphasized.

History is more multifaceted than what is traditionally presented.

CHS history teacher Shauna Aningo believes that stories are valuable in history education, but they must be balanced with other ways of presenting history.

“You need both,” she explained. “I think you need the facts, but you also need to know how people experienced it.”
Telling the story of the past is important, but that story needs to be told through the eyes of characters beyond Abraham Lincoln and Martin Luther King. It needs to be told without always reaching a clear solution or endpoint, because the story of America is far from finished. It needs to be told as a narrative that students are a part of, not one separate from themselves.

When we push history to the bottom of the list of educational priorities, when we continue to tell it through the lens of white settler-colonialism, when we simplify it to a selective and widely-accepted narrative–systems of oppression are perpetuated and ignorance is cultivated. It was the failure of history education, Burke argued, that led to the Capitol insurrection on Jan. 6.

“The people who participated in the insurrection did not see the country as incomplete, as a work in progress,” she explained.

History may be the teaching of the past, but it also has a profound effect on the present. Students have a responsibility to scrutinize and question the narratives presented to them. Teachers should see it as their responsibility to teach beyond AP curriculums and textbook chapters.

As CHS history teacher Amy Doyle explained, “There are multiple topics where we really sit and think about how do we want to cover this, how do we want to cover it in a way that’s respectful to all sides, to all perspectives? And in a way that allows for students to then make up their own mind. I think our job as teachers is to teach our students how to think critically, but not what to think.”

It’s easy to teach history like a story with a clear beginning, middle and end, but history is not a math problem. Stepping outside the linear nature of traditional curriculum structure is a necessary step in dismantling and rebuilding the current system of history education.

Aningo pointed out that the history department has been taking steps to examine how CHS students are being taught history.For example, last year the department made the decision to stop using the term “decolonization” and instead focus on independence movements.

“Decolonization has this idea that Europeans were giving something, giving back this land or giving independence versus the reality that people fought, people had to work really hard to make their voices heard,” she said. Marshall, also a former AP U.S. History teacher, explained that as an educator she had to shift her perspective from presenting history as a fixed set of facts to a “story in motion.”

“My teaching goals changed to help students see history as a process rather than a product,” she said.

In order to equip students with the tools to shape this process, an understanding of the power and potential danger of how history is taught should be reflected in educational funding and curriculum standards.