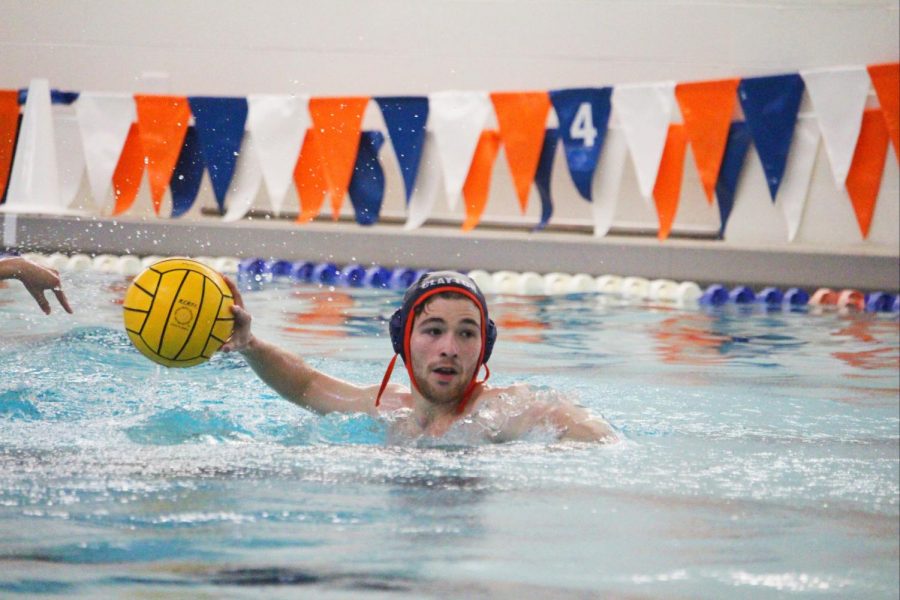 To seniors Pablo Buitrago and Sammy Fehr, water polo is unlike any other sport at CHS. Its required work rate and ability to bring players together greatly contributes to their love for the game.

For Fehr, water polo was a sport enjoyed by family members before him, including his older brother who eventually forced Fehr to participate as well. While Fehr wasn’t initially interested in the sport, he eventually grew to love it throughout his four years at CHS.

Buitrago, as a freshman wanting to play soccer for CHS, wanted to play a spring sport to stay in shape for the fall soccer season.

“I decided to do water polo because I felt it was more similar to soccer than other sports. It made me a much more physical player in soccer too,” Buitrago said. “[Water polo] taught me the value of personal training as far as going in and working out really consistently to make sure you’re physically better rather than just watching a game.”

Water polo, as an extremely demanding sport both physically and mentally, requires serious effort in and out of the water. As a freshman who didn’t receive a lot of playing time, Buitrago made it his goal to get in the water more in years to come.

Buitrago said, “Sophomore season I started going to the pool in the off-season to train because my freshman season was rough. I learned all these things about working hard outside the season so the winter between my freshman and sophomore seasons of water polo, I would go and swim every day, seven days a week.”

In addition to having physical strength, Fehr and Buitrago were required to have a serious amount of mental strength to maintain composure during tough and physical games. In these tough games, fouling becomes a major part of the game and can often be difficult to deal with.

“Cheating is a pretty big part of water polo,” Fehr said. “Because the refs don’t know what goes on underwater.”

“Yeah, there’s a lot of things that are considered foul,” Buitrago said. “The thing is, if the ref doesn’t see it, it’s not a foul. So basically the rule of thumb is if it’s underwater, it’s fair game. Even though, in the real rulebook, it’s not a fair game.”

Both players have experienced moments of intense physical strain at the hands of other players. But Fehr, in particular, had an experience this year that could have been detrimental.

“I was going up against somebody who was like 250 pounds,” Fehr said. “And I’ve never played field before, so I didn’t really know how to get fouls called and the refs weren’t paying attention as I was getting held underwater for almost ten seconds. He hit my neck and my nose. It was really unfair.”

Experiences like Fehr’s don’t happen frequently because of how dangerous they are, but even when they do happen, both players stressed the importance of staying calm and relaxed.

Though water polo has its intense moments, Fehr and Buitrago both expressed fondness in how simple the game can be at times. Because most people don’t practice water polo before entering high school, the game is adapted for most students to be able to easily understand and play.

“That’s actually something I like about water polo,” Fehr said. “Because in other sports you might feel like you’re behind everybody if you haven’t been playing for like eight years when others have. But in water polo, everybody has about the same amount of experience which makes it a pretty level playing field. And it’s a judge of who works the hardest and who puts the most time into it instead of just who’s more skilled.”

With a relatively inexperienced team this year, Fehr and Buitrago have had to find other ways to boost the team’s success, including team bonding.

“We have Chipotle Tuesday,” Fehr said. “It’s a team tradition from even before we got there. It started like four years ago.”

Traditional Chipotle Tuesdays and limited numbers on the team have encouraged the players to become even closer with one another.

Fehr said, “[Water polo] is very different from other sports in my experience, it’s very tight-knit. And how everybody’s on a miliar skill level because they all have similar amounts of experience, there’s less of a hierarchy of really good players and not so good players. Everybody’s just friends and that’s really nice.”

The team this year only consisted of eighteen players, many of which were freshman with little to no experience. However, with a tight-knit and devoted team, they were able to maintain a solid winning record.

“We all came in and we worked hard and we were trying to learn the positions,” Fehr said. “And we’re actually doing really well this year because we’re all working really hard. And it’s not that we’re the best players or the strongest team, it’s just hard work.”