Failures in the Bussing System 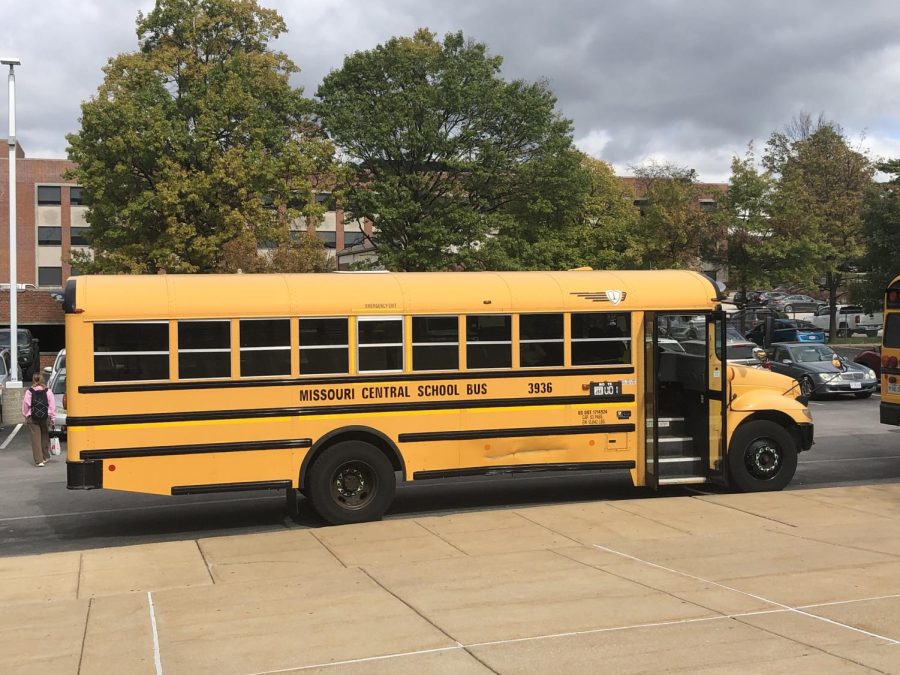 Getting up early every day, waiting out in the cold hours of the morning for the bus to come to pick you up for school, only for it to come hours late. This was the reality for many students in the Clayton School District in the Voluntary Interdistrict Choice Corporation (VICC) program.

The program focuses on increasing racially integrated learning experiences in metropolitan public schools. Beginning in the early 1980s till now, over 600,000 African-American students in St. Louis have been able to attend St. Louis’s suburban schools through VICC. In the fall of 2019, a decision was made by the Clayton School District that the only children allowed in the program would be siblings of children already enrolled. Previously VICC students were required to receive one-round trips between home and school.

Dr. Wiens, Clayton School Districts Student Service Administrator said, “Going into this school year in August, VICC let us know there was a severe bus driver shortage, just like a lot of labor and employment issues, not just unique to drivers but to other service industries, there weren’t enough employees to drive busses, and that the system wasn’t going to be great”. But it wasn’t just bad, it was horrible.

With the current schedule, students were consistently missing first hour. And it wasn’t just that students were missing instructional time, “The level of stress for families, not knowing what their morning routines were going to look like and the anxiety for the kids not knowing whether they were or weren’t going to get to school on time. Parents had to rely on neighbors or family friends to help get their kids to school because they had already missed so much time from work, and they wanted to make sure their kids got to school safely and on time”.

After realizing this issue was getting worse, Dr. Wiens hosted a focus group and invited several parents of VICC students to help come up with practical and helpful solutions. In the end, In the end, the School District of Clayton took over the Glenridge-Captain route, which VICC had previously run.

This new change in addition to VICC making corrections within the system helped get students to school on time. In the meantime, Dr. Wiens is looking for solutions to help students who have missed school time because of bus shortages, “In the long term, we are looking for the best ways to offer extra support to students, at the systems level, without it encroaching on all these other things we want them to take advantage of like after school clubs and activities”.

The accumulation of bussing complaints raises the question, why hasn’t the school district bought our own busses?

“The level of stress for families, not knowing what their morning routines were going to look like and the anxiety for the kids not knowing whether they were or weren’t going to get to school on time. Parents had to rely on neighbors or family friends to help get their kids to school, because they had already missed so much time from work, and they wanted to make sure their kids got to school safely and on time”. Unlike Clayton School District who rents busses through Missouri Central Bus System, many other schools in the area own their own busses. Not only could buying our own busses and hiring our own drivers help decrease problems faced by VICC students taking the bus, but we could use them for field trips, sports, and extracurriculars. For several years now, because of a lack of available busses, sports teams have had to rely on teammates to drive players to away games or use one of the vans the district rented for transportation to sporting events.

In September alone, the School district alone spent over 2.5 million dollars in expenditures, but yet we can’t afford to buy a couple of busses? When asked about the bussing system at a recent Board of Education meeting MaryJo Gruber, Clayton School District Chief Financial Officer said, “The numbers (of VICC students) are going down, so that’s a caution, so if we wanted to do it would mean purchasing at least five more busses for the district and hiring the drivers. We could consider it but it would be an investment for the district”. With the VICC program phasing out, and currently, only 1 VICC kindergartner at Glenridge Elementary, 3 at Meramec Elementary, and 5 at Captain Elementary, what would be the need, right?