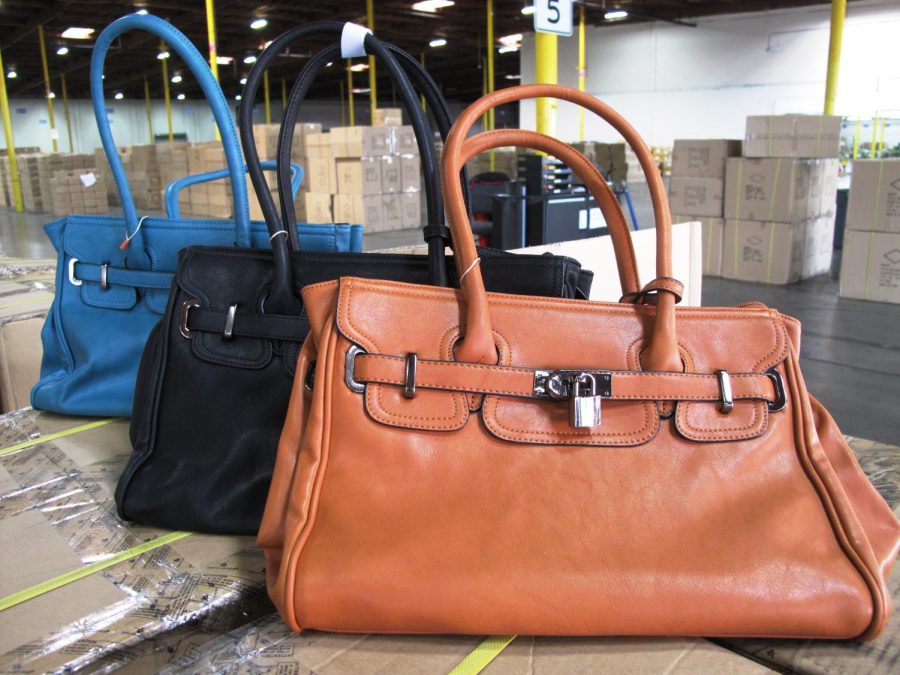 It’s hard to walk down the street of any major city, scroll through TikTok, or pin on Pinterest without noticing the presence of designer logomania bags. Once you spot that “it” girl or celebrity sporting one of these coveted handbags it’s hard to not imagine one on your own arm.  Maybe it’s a neutral color that will elevate all of your outfits, or maybe it’s a pop of color bag that will make a statement. Faced with this situation, many self-proclaimed fashionistas are doing one of three things, saving up their hard-earned money, shelling out money they may already have, or buying counterfeit, i.e. fakes!

Counterfeit goods are on the rise more than ever. This illegal global industry is on track to reach 4.2 trillion dollars in 2022. There are several reasons that the counterfeit industry is more popular now than ever.  From social media apps like Instagram and Tiktok, there is a rising pressure from influencers to be a part of the designer brand exclusivity, it’s similar to being accepted into a high-status club. Many also want to be able to show off wealth and style in the same way their favorite influencers do.

Counterfeit goods, even though they are illegal,  are actually quite easy to get your hands on. Before social media and online shopping, this phenomenon was not so simple. Acquiring counterfeit goods meant a trip to the infamous Canal Street in New York City and a cash-only transaction. But today with websites like DHgate that everyone has access to, with the click of a button getting counterfeit goods is easy and conveniently delivered to your door.

Buying a coveted bag, pair of shoes, or clothes from a designer brand shows off wealth and status. Being able to own something exclusive that a lot of people don’t have. But a problem arises when too many people have the same idea and they all purchase the same luxury, exclusive, expensive item, then is it really exclusive anymore? No, it’s not, it has become too popular and mainstream. This has been the case with Louis Vuttion and their infamous Never Full, one of the most copied and most worn designer bags.  To try to keep things in check, designer brands use price increases to regulate the demand for an item. Recently price increases have become much more frequent, in 2021 Chanel had 3 major price increases, making the price of a “Small Classic Flap” increase by 60% to $8,200 in an attempt to have their brands’ exclusivity increase. In another effort, Chanel has also limited the amount of bags that you can purchase. In the US there are “monthly limits on the purchase of certain classic styles.” With all this effort to increase the exclusivity of their brand, Chanel has kind of done the opposite. Chanel is one of the most counterfeited brands and the increased strive for exclusivity has ultimately watered their brand down. 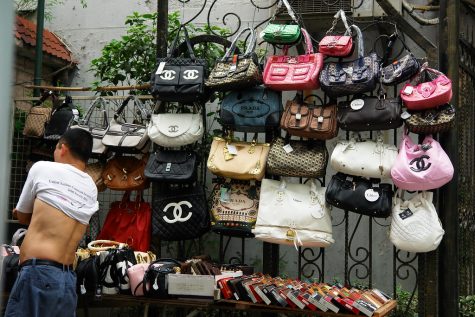 Counterfeit goods have had a tremendous impact on the fashion industry. Around 30 billion dollars have been lost from the counterfeit goods industry. Sales of counterfeit goods take sales away from major fashion houses. Not only is there lots of money lost but the brands lose their stellar reputation when other companies rip off their logos and designs. The billion-dollar counterfeit business also impacts the whole world as a portion of profits from selling counterfeit goods can go to fund terrorists and organized crime groups. Alistair Gray, a counterfeit investigator said to the ICAEW “Consumers believe just that, that the buying and selling of fakes is not that big a deal. But I am here to tell you that this is just not true. What the tourist on holiday does not see about those handbags is that they may well have been stitched together by a child that was trafficked away from her family.” Purchasing counterfeit goods is not a “victimless crime.” According to senate hearings 109-202, The terrorist financing operations section of the FBI, it states that the sales and profit of counterfeit goods is one of the ways the “Hezbollah” terrorist groups fund their illegal activities.

If you find yourself in a situation where you want a designer item but you don’t want to pay the high cost or commit a crime, you can go a different route than counterfeit. Designer dupes. There is a big difference between a dupe and a counterfeit. A dupe is when a brand copies another brand or designer without adding logos, essentially what they are doing is copying their design and their aesthetic. For example, the famous Bottega Veneta Cassette has been doubled by multiple other brands. There is even a website devoted to this type of shopping, Amazingdupes.com This is not illegal and is a decent way to get a designer look without the cost or repercussions.

Everyone wants to be included and be part of a group, especially high-status ones. Owning, showing off, and wearing designer bags puts you there, but with the only increasing high costs counterfeit bags are filling closets and taking over your social media feed.