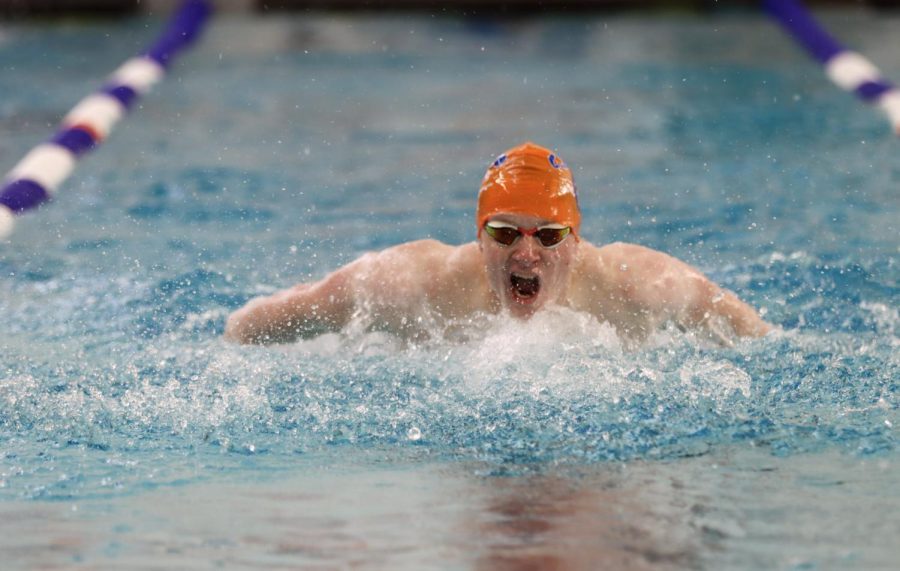 On September 8th 2022, the Clayton Greyhounds took on the Lindbergh Flyers at the Center of Clayton. Lindbergh beat Clayton 119-61 but many personal gains were made by Clayton swimmers.

Team Captain and Senior Graham Zucker, scored 1st place in the 200 Free in 1 minute and forty-seven seconds and 1st place in the 100 Free within only forty-eight seconds. “I think we all had a really good meet, we had a couple of people that got sick last minute, my brother who is also on the team got an ear infection so we were missing 3-4 kids that are a big part of the team,” said Zucker, “we still fought hard and had a good couple of swims.”

This year’s team looks to match an impressive overall performance from last season. Last year’s team placed 8th at MSHSAA Class 1 State and broke four school records. The team also looks to defend a 11-2 record in regular season dual meets and an impressive conference performance. However, the team graduated several swimmers in the spring of 2022 who went on to swim at the collegiate level. Gavin and Willem Thomas currently swim for Occidental College in Los Angeles, California.

Despite the day’s loss, Wilson was proud of the team, “I was really happy with the team’s performance today, we had a lot of improvements this week at practice and overall, we are a lot stronger than we used to be at the beginning of the year.”

The team looks to continue their season with a twelve team dual meet on Saturday, September 10th at Ladue High School. Diving competition begins at 8:00 am and swimming at 11:00 am. “It’s a lot of competition and it’ll be fun,” said Zucker.