Erected in 1930, the Maryland School served as a place for learning as part of the School District of Clayton for 50 years. In 1980, the elementary school was closed due to a lack of student enrollment.
After its closing, the school was used for an array of purposes. The school was rented out and used as a preschool for over 20 years. During the construction on the Family Center in the early 2000s, the District used the Maryland School as a temporary home for its preschoolers. Shortly after, in 2009, the school was declared a surplus. Three years later, the building was leased for six months following an accidental fire at the Wilson School.
Besides the usage of the Maryland School in 2014 by the the National Guard and FBI following the events in Ferguson, the school has sat vacant. The utilities are shut off and the School District of Clayton no longer takes care of the building.
“At this point we are just cutting the grass and maintaining the outside grounds just because the city requires us to do that,” Chief Communications Officer for the School District of Clayton Chris Tennill said. “The building itself at this point is not in any usable condition.”
Although the Maryland School lacks any official usage, the grounds serve many purposes for the members of the community. Steven Rosenblum lives across the street from the property and sees the enjoyment the Maryland School brings to community members.
“It’s used by people in the neighborhood. People do workouts here in the mornings, use our community garden and come up with their kids to play,” Rosenblum said. “It gets used like a park every single day.”
But this was threatened when District put the Maryland School on the market for sale in 2012. In January 2014, the District signed a contract with Love Management Company who originally wanted to tear down the school and replace it with 48 townhouses.
In order to do so, the zoning of the property needed to be changed from R-2, which is for single-family homes, to a zoning which allows high-density populations, R-4. This potential change was not something that many, including Rosenblum, wanted to see.
“People from all parts of Clayton wanted the city to follow their master plan and zoning,” Rosenblum said. “This was zoned for about 10 houses, and what [the Love Management Company] wanted to put here was a lot more than that.”
Westmoreland Avenue resident Katherine Love felt that the possible rezoning and development would have detrimental effects.
“Zoning sets the expectations for what is and is not allowed. At the very least, when we moved here, we expected the property here to stay in line with the zoning standards,” Love said. “Out of principle I just felt like it was inconsistent with what we expected when we invested and had the potential to destabilize the whole neighborhood.”
The City of Clayton’s Master Plan was originally drafted in 1968 and among many other things, one of its focuses involves maintaining the green space within the city. The plan included specifically increasing the greenery surrounding the historic Hanley House, which would affect the Maryland School area. The original plan the Love Management Co. had violated the City’s Master Plan.
Rosenblum, Love and other community members against the potential development have been adamant in expressing their viewpoints. Although the District has taken this into consideration, it did not change their position on the matter.

“While we appreciated the the strong desire of the neighbors around there to have [the Maryland School] kind of be their own personal park, we also have to make decisions in the best long term interest of the School District,” Tennill said.
But the input of the neighbors did have some effect on the developers. The plan for the 48 luxury style townhomes was reduced to 25 in January in an attempt to maintain some green space in the area.
Before the Feb. 7 Planning Commission and Architectural Review Board meeting, the City of Clayton recommended for the Board to approve the proposal Love Management Co. presented them.
However, the Board voted against the proposal to change the zoning on the Maryland School property from R-2 to R-4 for the second time as they were presented with the proposal for the first time in 2014.
Even though the Board had voted against the rezoning, Love Management had four other applications the Board was set to vote on at their March 7 meeting.
“It wasn’t a done deal at that point,” Plan Commission and Architectural Review Board member Sherry Eisenberg said.
But on March 2, the Love Management Co. ended their contract with the School District for the Maryland School Townhome project.
This was a disappointing blow for the School District.
“Yes, we are about kids and we are a learning organization, but money makes the world go round. 80 percent of what we spend our money on is teachers,” Tennill said. “So we always want to be in a position to attract and retain the best teachers we can. We want to make sure we have the budget to maintain those people and keep those quality of the schools where the community expects it to be.”
The Maryland School Townhome project would have also produced money for the City of Clayton.
“It was going to generate $400,000 a year in local tax revenue,” Tennill said.
Even though there were monetary benefits to the sale of the Maryland School, the Planning Commission and Architectural Review Board considered other aspects to be more important than this.
“We were looking at the design and how the proposal fits into the area, and the dollars were not a driving force,” Eisenberg said.
Similarly, some neighbors felt that money should not lead the decision into the future of the Maryland School.
“We wanted to find a way to have a long-term value, rather than just making the quick buck,” Love said.
Even though the Love Management Co. faced a lot of opposition, there were people in Clayton who supported the development.
“It wasn’t like everyone in the single-family homes were against it. We had some neighbors there who were for it and some School Board members who were for it,” Eisenberg said.
Eisenberg is among the six members who voted against the rezoning but she is sympathetic to the management company.
“They have spent a lot of time and money developing the drawings and the proposal, so you can see where the disappointment comes in.” Eisenberg said.
In a statement the Maryland School Townhome’s developers released on March 2, they said, “While the developers are certainly disappointed in this decision by the City of Clayton, the Clayton taxpayers and the children in the School District of Clayton have suffered the biggest loss.”
The future of the Maryland School property is uncertain at this point.
“I don’t know if [anything] will happen this year,” Tennill said. “Due to the recent school board elections, the Maryland School property is not a top priority.”
Rosenblum is optimistic about the future of the Maryland School.
“This could be a really big win-win for the residents, for the City and for the District to create something really cool that the city has been talking about for 40 years,” Rosenblum said. “All the stars are aligned to create something transformational.” 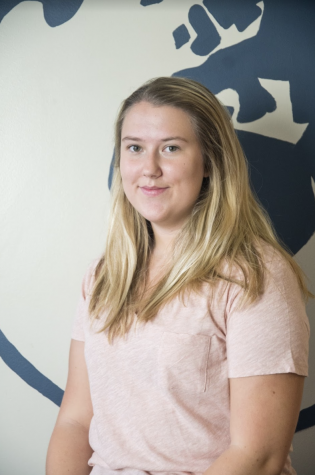 I am a sophomore at Clayton High School and this is my first year being apart of the Globe staff.