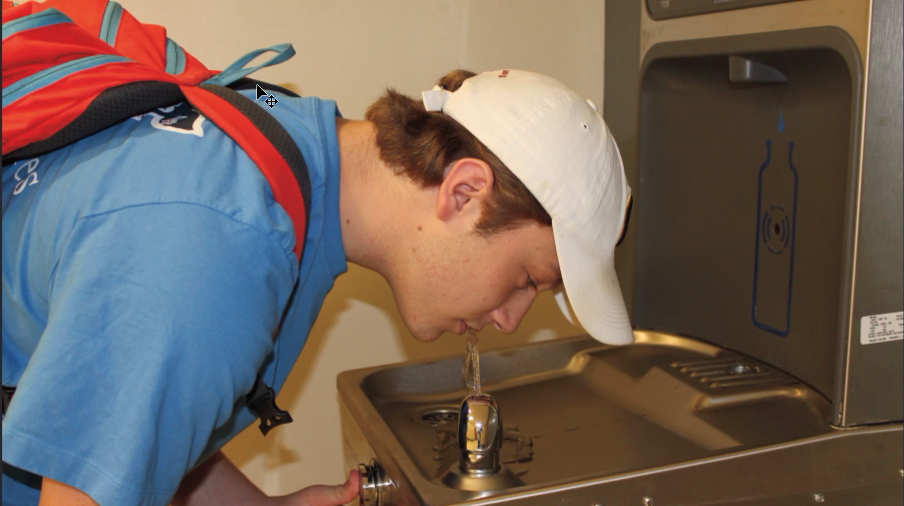 On March 2, 2016, St. Louis City Public School District began testing water fountains and sinks in their schools due to, “the national concern about lead in the drinking water, along with a request from parents at one of our schools,” said Roger CayCe, Deputy Superintendent of Operations/Building Commissioner.

Upon receiving the results of the water samplings, the St. Louis City Public School District learned that its water was contaminated with lead. Lead-contaminated water jeopardizes the safety of the District’s students and staff.

According to the United States Environmental Protection Agency, young children are particularly vulnerable to lead because the consequences of lead contamination occur at lower exposure levels in children.

The presence of any amount of lead in a child’s body can have severe long term consequences.

The EPA requires immediate action if drinking water from a public water source contains lead levels at 15 parts per billion or higher.

The St. Louis City Public School District, however, has created a standard that mandates action when lead in its water sources exceeds 10 parts per billion.

In accordance to this standard, the District shut down any drinking fountain or sink that pumped water with a lead level higher than 10 parts per billion. As a replacement, bottled waters were provided to students.

The water sources will not be reactivated until lead levels fall beneath 10 parts per billion and all fountains and sinks have been retested.

After examination, the $1 million set aside by the Special Administrative Board of the St. Louis City Public School District will be used to fix or replace any drinking sources that have a lead concentration of 10 parts per billion or more.

The District plans to develop a schedule for testing all consumable water sources in order to catch any future problems before they arise.

The Clayton School Distict will test water in all of the District’s buildings in light of this recent development in the City of St. Louis.

Chris Tennill, Chief Communications Officer of the Clayton School District addressed these precautions.
“I think it is not a bad idea just to check and make sure that all the water at our schools is safe,” Tennill said. “We really don’t have any reason to suspect we have contamination, but we decided to bring a consultant on board to do the testing just to confirm that.”

Although the Clayton School District is confident that lead isn’t present in its drinking fountains or sinks, the District thinks it is important to test its water.

“When you look at the impacts that [lead] can have on young, developing brains, [we] we want to definitely make sure that all of our water supplies and drinking fountains, bathrooms and kitchens are as safe as we think [they are],” Tennill said.

While the tests are not complete, Tennill and other school district officials do not anticipate any startling outcomes.

As Tennill said, “We’re primarily [testing our water] just to confirm what we believe, which is [that] we don’t have any issues in any of [Clayton’s] schools.”