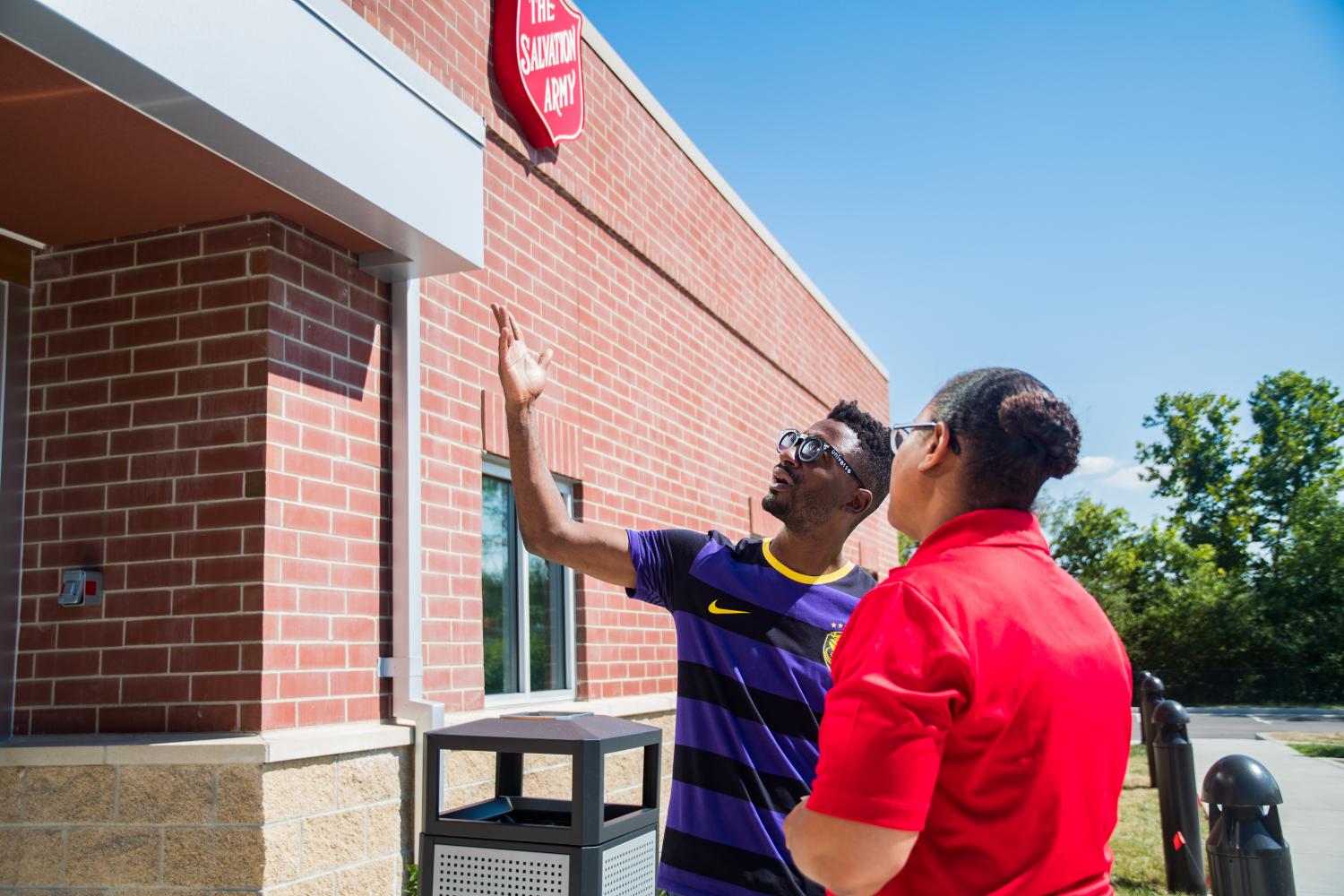 On the three year anniversary of Michael Brown’s death, the Urban League opens an empowerment center on the site of the defaced QuikTrip in Ferguson.

On Aug. 9, 2014, Michael Brown was shot in Ferguson, a mere 11 miles from Clayton. Gasoline on an already growing flame, the shooting ignited mass protests and riots over police brutality in the area. Cars being smashed, tears being shed, windows shattering, peaceful marches, smoke in the night sky: these photos made national headlines and continue to circulate the internet. However, one image in particular, the destruction of the Ferguson QuikTrip, was symbolic of the chaos.

Washington University American Culture Studies Director Heidi Kolk has been following the fate of the QuikTrip since 2014. She quickly saw the location gain the label of a culturally significant site.

“The wide range of activities that happened there in the immediate aftermath from very localized protest activities, prayer vigils and policing, as well as non-local protests, agitation and mass media coverage — all of those things quickly turned [The QuikTrip] into both a place of spectacle and a default hub of operations,” Kolk said. “And because it was an easily locatable landmark, people started converging there. And then in a few hours, there were acts of graffiti on the site that kind of declared it a culturally significant site. People quickly marked it in ways that connected it to a larger history of protest movements.”

Kolk and her colleague, historian Michael Allen, also spoke to local activists and saw that they already had attachment to that location.

The destroyed QuikTrip not only gained fame during the protests, but it also became a gathering point for the Ferguson community in the aftermath. Messages were inscribed into its walls, and people often brought flowers and candles in remembrance. However, the question remained: what should be done with this property?

Kolk and Allen wrote an article about the importance of the site when this debate was going on. They affirmed that the cultural significance of the QuikTrip should not be forgotten, whatever the decision may be.

“Its varied and complex meanings should be preserved even if the building is not. We lose too many sites of struggle and social change before their stories are recognized, let alone understood. Let us not erase the [The QuikTrip] as quickly and quietly as the media seems to be turning away from the ongoing Ferguson demonstrations,” they wrote.

Three years after the pair published this article, a decision was made.

On July 26, prominent members of the St. Louis community gathered to attend the grand opening of the Ferguson Community Empowerment Center built on the grounds of the iconic QuikTrip by the Urban League of Metropolitan St. Louis. The center opened to the public on Aug. 9.

Although Kolk supports the community-oriented intent of the center, she still questions whether the cultural significance of the former QuikTrip will be truly remembered.

“What I ask is, will it be possible to continue to remember what happened there? Will it be possible to think about what that site represents five years from now?” she said. “I wouldn’t want to condemn the enterprise of putting in a community center, especially if it’s embedded in the community with the locals making decisions and the locals getting involved, but let’s not forget what was going on – what people were there to communicate.”

The Urban League has been trying to allay such concerns. The cement around the building contains petals and pieces of teddy bears that were left at the former gas station during and after the protests.  The special concrete is a physical reminder of the QuikTrip’s importance.

Much effort has also been put into honoring Brown’s legacy. Visitors are greeted upon entering the building with a poster featuring photos of Brown and the protests that followed his death. In addition, the facility grounds contain two memorial plaques in Brown’s name as well. 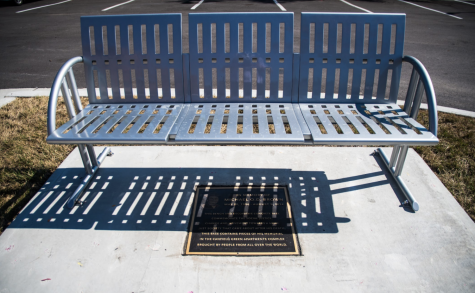 Jamie Dennis, director of the facility, is adamant that the center will not only do a good job remembering Brown and the historic protests, but will also help the community rebuild and improve.

“I feel like we’ve been honoring the Brown family ever since we’ve been on this mission to empower the community,” Dennis said. “Mr. McMillan, our CEO, says we are turning a tragedy into a triumph. That’s what this is: this is going to be a post-Mike Brown society where, if we actually had an empowerment center like this in our previous society, who knows if Mike Brown would still be living.”

The Empowerment Center will house a variety of services all dedicated to educating and assisting the community. Lutheran services will provide mental health counseling, and the Salvation Army will provide transit assistance and find daycare for working parents.

The building is also largely dedicated to the Save Our Sons program, which was started three years ago in Ferguson after the community was shaken by Brown’s death. Save Our Sons is run by the Urban League of Metropolitan St. Louis and will provide additional mentoring, promote job and scholarship opportunities and host classes. Two fully-stocked computer labs are available in the center for these classes in which students can learn how to build a good resume and how to go about job interviews or other vital skills for financial stability. 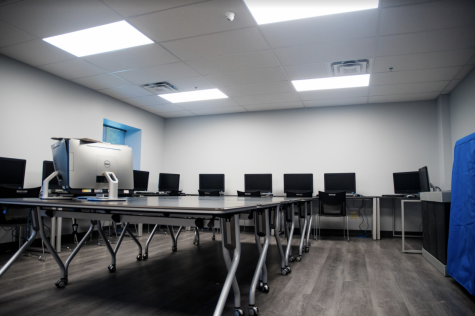 Dennis believes that with all these facilities available, the Empowerment Center will promote change in the entire community.

“We not only help you change your life-decision making process, we also give you the job and then if you have rental assistance issues, we can help there. If you’re hungry, we can feed you. If you don’t have clothing, we can help you there. So it becomes a type of holistic approach to actually affecting the whole community,” he said. “We want to have something where we don’t have to keep hearing about another Mike Brown. Racism exists, but it only can work well if we cooperate with the way it’s set up.”

The efforts of the Empowerment Center have attracted various donors and investors. QuikTrip actually ended up donating $1 million. Another $1 million came from the New Markets Tax Credit (NMTC) Program which is managed by the St. Louis Economic Development Partnership (STL Partnership).

The NMTC Program is a program in which companies like STL-Partnership can apply for federal tax credits through a highly-competitive process based on a variety of factors. Upon receiving such credits, the company will often sell them to large corporations like banks who need to offset their tax liability. According to STL-Partnership Assistant Vice President Jeffrey Frankel, the money from that transaction is then invested into projects in low-income areas that are traditionally underserved by financial markets. The projects also need to benefit the community in some manner, particularly concerning jobs.

Based on ratings of poverty, median household income and the unemployment rate, Ferguson qualified as one of these distressed areas. The new facility also fit the expectations of a positive, transformative project.

“The significance of the [Ferguson Community Empowerment Center] is that it will continue to help residents train and secure jobs for years to come, generating an impact much greater than the facility’s own direct employment,” Frankel said. 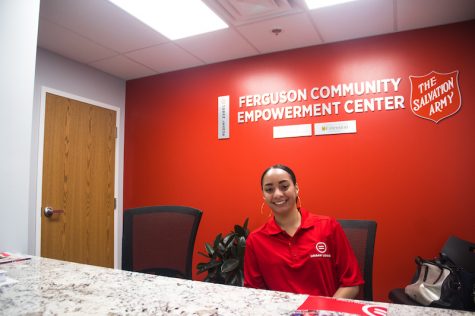 An employee at The Empowerment Center’s front desk. Photo by Michael Melinger.

In Frankel’s eyes, this positive change has been needed in the community for some time.

“This project needed to happen now. In some respects, it may have taken too long already. [However,] the timing worked out well to be on the third anniversary of the original incident. It’s still fresh in people’s minds. Ferguson still needs support as do a lot of other communities in St. Louis,” Frankel said.

Erica Henderson is also a member of STL-Partnership and serves as the Promise Zone Director.

The “Promise Zone,” which was designated by President Obama to receive priority in federal grants, includes North St. Louis, where Ferguson is located.

Henderson also believes the new center is a phenomenal step in the right direction.

“I think the programming and partnership with the various organizations that are there are much needed in that area as we talk about opportunities to revitalize,” she said.

However, Henderson believes that much is still to be done in the areas impacted by Brown’s death.

“There’s still a tremendous amount of work that needs to happen. That is one spoke in the wheel, so it’s coming upon all of us public and private partnerships to do what’s necessary,” she said. “Ferguson is everywhere. So the question is, how can we replicate?” 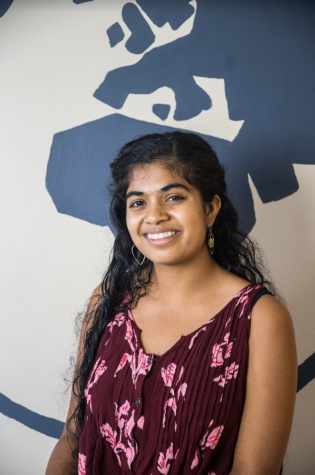 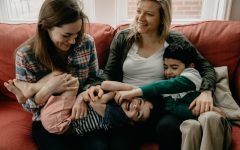 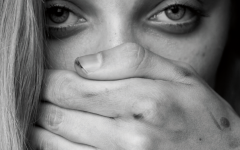