On January 28th at 11:59, millions waited with nervous anticipation for the clock to strike twelve. The only light in their rooms came from the dim glow of their computer screens as they impatiently refreshed their browsers, waiting for fourth season of the only show that could make them laugh, cry, and at the same time question their existence in a world dominated by technology.

Netflix’s Black Mirror–a show containing three seasons with a combined 13 episodes– has had viewers on the edge of their seats, hungrily waiting for the next six-episode season to release.

Black Mirror is a brillant anthology show about the horrors of the modern technological world. Whether that be a future where everything depends on your personal rating out of five stars, or one where you can block people out of your life, Black Mirror is regarded as a modern day Twilight Zone, scaring modern viewers of their own habits surrounding technology.

The latest season matches well with the overarching themes of the series. Through the six episodes, “USS Callister”, “Arkangel”, “Crocodile”, “Hang the DJ”, “Metalhead”, and “Black Museum”, the storytelling remains fresh. Similar to the other seasons, the show explores human relationships in a world increasingly dominated by technology.

Black Mirror is known for its excellent writing, often relying on humor, suspense, and plot twists to surprise and shock the viewer to great effect. Many of the episodes are great reflections on human nature; especially when faced with situations brought up by technological advances that are both distant and very familiar. The ability to create futuristic technology that is at once fictional and plausible is a skill that Charlie Brooker, the creator of the show, has mastered.

The show has also has its drawbacks. In this season, many of the plot twists that are usually so jarring were a little too obvious. There were certain times when the characters narrated the plot as the episode progressed–laying everything out clearly for the viewer. While these episodes can certainly still be enjoyable, the clear direction of the plot can detract from the usual suspense of the show. Furthermore, some episodes are simply better executed whether through plot, acting, character development or pacing. For example, the episode “Metalhead” is 41 minutes long, yet draws itself out the longest of any of the episodes.

Despite these drawbacks, Black Mirror remains full of positives. “USS Callister” shows the complexity of a virtual world while juxtaposing the setting of the real world to add complexity. “Arkangel” explores a mother daughter relationship, where being a watchful and protective mother goes too far. “Crocodile” finds the lengths at which we may go to keep a secret in a world where our memories can be seen. “Hang the DJ” shows where our modern dating habits may need to take us someday. “Metalhead” explores a wasteland brought on by technology. “Black Museum” provides 3 connected stories in which we can watch real world implications of these strange stories that Black Mirror provides.

Overall, Black Mirror remains one of the best series to ever hit television. Full of twists and nail-biting moments, Black Mirror never fails to surprise us. The show is easily one we would recommended to invest time in–but it’s not the type of show you can absentmindedly watch. The show requires you pay attention–that you put down the phone and think about the technological issues plaguing society. 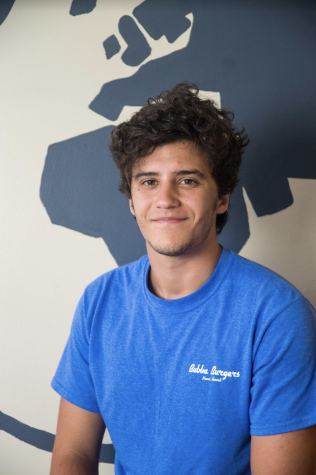 Theo Fehr is a senior at CHS and this is his third year on the Globe staff. Theo is captain of the swim team and plays and water polo, as well as being in a few clubs. Theo anticipates... 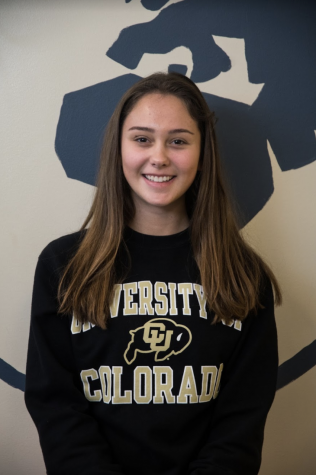 Madeleine Ackerburg is a current junior enrolled at CHS and has been reporter of the Globe for two years. Madeleine joined Globe because of her interest in journalism and becoming... 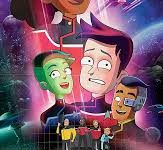