*names have been changed to protect the identity of those involved 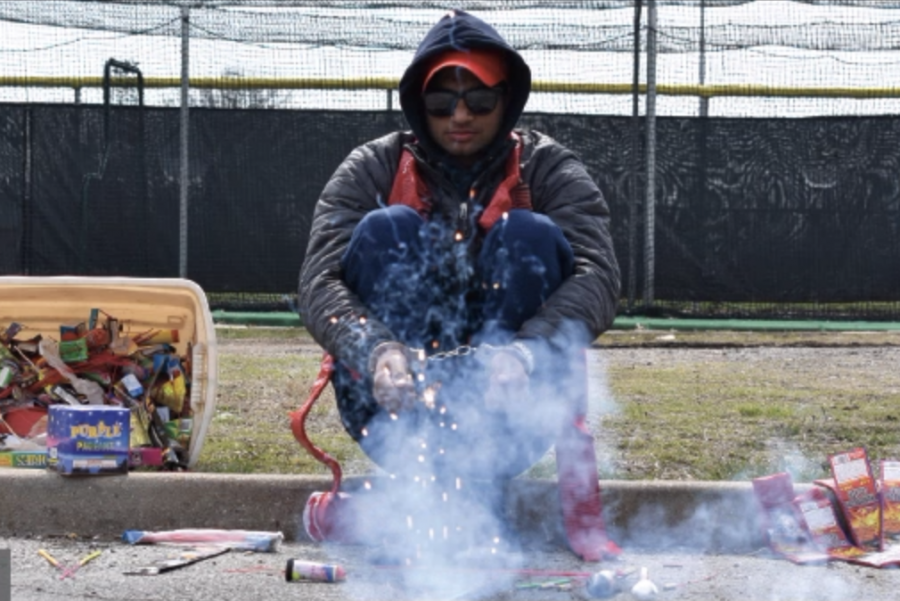 Photo of a man lighting fireworks.

“There was a huge party. I had tons of people over,” CHS student Joel* said. “The neighbors were wondering what was going on.”

Things were running according to plan at Joel’s annual summer party. However, he decided it was not enough. This party had to exceed his previous parties.

“We set off this massive firework. It was like something you’d see at Forest Park on the 4th of July,” he said. “Somebody half a mile away called the police, and told them that they heard gunshots when we set off this giant multi-shot firework. The chief of police came with two of his assistants. They turned the light on and we were freaking out.”

Joel and his friends fell upon their instinct, and ran in the opposite direction of the authorities to safety within Joel’s house. With firework residue scattered across the lawn, and a large bin filled with thousands of fireworks, it was clear to the police that they were not dealing with an armed shooter.

“My parents had to come out and talk to the guy. He threatened to give us a huge fine of a couple thousand dollars if we did that again,” Joel said. “They were trying not to scare any of the citizens of Clayton.”

For Joel, this event only added to the revelry of the party. The addition of the local authorities did not phase the student, it only benefited his reputation.

“I think, even though it’s illegal, fireworks are a lot of fun. I feel like they [shouldn’t] be illegal, and this is my way of protesting,” Joel said. “I am going to create a movement to free fireworks.”

Fireworks are not new to Clayton, or the surrounding areas. Open fields and black tops often host nightly fireworks shows on weekends.

The City of Clayton has certain rules and regulations concerning the use of fireworks. According to the MO Offenses handbook concerning public safety, “No person shall sell, use, manufacture, display or possess fireworks, as hereinafter defined, within the City at any time. This Section shall not prohibit the sale by any wholesaler, dealer or jobber within the City at wholesale if the fireworks are shipped and delivered directly to consignees outside the limits of the City.”

Although there is a law against the use of fireworks, Clayton High School SRO Herman Whittaker often chooses to withhold from granting a violater a ticket.

“If I see a younger person shooting off fireworks, I will contact them and contact the parent just let them know the reason why I’m speaking to the child and explained to them that our ordinances don’t allow fireworks to be shot off,” Whittaker said. “So then after that, [I] just let the parents know this is why stopped [their] kids. Please don’t do it again and [I] go about my business.” However, if Whittaker has to stop the same children the same night, he will have no problem in issuing a ticket.

According to Whittaker, homeowners calling for fireworks is no anomaly, especially around the 4th of July. When responding to these calls, Whittaker’s concern for the neighbors is minimal compared to the real issue on his mind. He is instead concerned about the safety of the children involved.

“Those fireworks are dangerous,” Whittaker said. In 2016, there were 11,000 fireworks-related injuries and four deaths.

CHS students are not always so lucky when it comes to discreetly displaying these illegal illuminations.
Joel has also been caught using fireworks at Concordia Seminary, located on the outskirts of Clayton.
“One time I was heading to Concordia [Seminary] with some fireworks that I got from my dealer. They were expensive,” Joel said. “They were pretty big fireworks, and we went to Concordia because that’s a pretty big open space to blow up some fireworks. We headed in and parked in our normal spot so that we’re ready to go if we think the police are coming.”

Joel was accompanied by six other CHS students, all ecstatic to ignite the fuses. However, their fun was quickly brought to a halt.

“These people pulled up next to us and asked us what we were doing. We told them we were just hanging out, having fun. They were like, ‘alright, you be safe.’ Then, all of a sudden, a security officer pulled up right in front of my car,” Joel said. “My other friend hopped in his car with a couple kids and sped around and left. He brought us in for some questioning and asked us what was going on.”

Luckily, Joel and his friends had not set off any fireworks. They denied all allegations and were let off with just a warning.

Later that same night, CHS student Carl* felt the need to imitate Joel and his friends by lighting off fireworks at Concordia Seminary. However, Carl was new to buying fireworks, and was unaware of the process.

“I wanted to get some fireworks, and I heard a friend of mine had a stash of them. I called him up and I met up with him. I bought a few bottle rockets,” Carl said. “I had my other two friends with me. We went to Concordia [Seminary] near my house. It’s secluded so we figured we’d light some off there. We wanted to have a little bit of fun.”

Carl and his friends were not informed of the preceding events involving Joel, and did not fear any authoritative intrusion.

“[After] the first firework that we lit, a car instantly pulled up. Two [security guards] hopped out,” Carl said. “They started taking pictures of the license plates and rubbing it in our face [saying], ‘oh, we’ve got you now.’ It was our first time doing it.”

The two men immediately called the Clayton Police Department. The two teenagers were soon after greeted by former CHS SRO John Zlatic, and another police officer.

“They asked us our names and we gave it to them. They said they weren’t going to put it on our record. They said we should leave and not come back to Concordia, or else we would be arrested,” Carl said. “We got banned from Concordia, which sucks. I was scared I’d be going on a bike ride with my family and get tackled and put in cuffs.”

According to Concordia Seminary security guard Daniel Warren, this type of behavior is very unusual in comparison with other affairs.

“It’s certainly worth consideration because it’s illegal activity. It’s out of the ordinary. We don’t put a stop to it,” Warren said. “We contact Clayton police. Our job is to observe and report. Then they come out and enforce the law.”

The illegal use of fireworks also occurs at Maryland School, an abandoned elementary education center that sits on the corner of Maryland and Jackson Ave.

CHS student Richard* previously preferred the use of the large parking lot as a space to shoot off his fireworks. Although he has been caught in the past, the presence of the police department was not what initially led him to stop using this space.

“One time was on the 4th of July, we were lighting off fireworks in the parking lot at Maryland School. These people on their mopeds stopped and they called the police on us,” Richard said. “They surrounded us. There were three cop cars. We couldn’t run anywhere. Before we knew it, they snatched [my friend’s] bag full of fireworks. We told them we had fireworks in there. They dumped all the contents out on the ground.”

As this confrontation was Richard and his friends first encounter with a police officer, the group panicked.

“They proceeded to explain how that was a federal offense because it was on government owned property. They said they could press charges,” Richard said. “We said we were sorry. They said if we cleaned everything up we would be free to go.”

Due to recent developments, Richard and his fireworks group have stayed clear of Maryland school as a lot for fireworks.

“Some kids broke into it and defiled it. Now there’s a lot of heat going on there,” Richard said. “If you make one move, cops show up.”

At CHS and in the Clayton community, numerous dealers provided fireworks to students.

“I get fireworks over the summer around the 4th of July. I mainly sell to people who like to party, who like to have good times,” one dealer said. “They wouldn’t tell on me. You just go up to people and say, “hey, want some fireworks?” Then you make bank. [I’ve made] probably $300.”

According to Whittaker, serious consequences can be faced for selling large quantities of fireworks. However, not much action is typically taken for smaller quantities.

“Fireworks are fun. You’re doing the whole community a service by giving them a free show. How it is illegal is a thrill,” Richard said. “I’m doing something I really shouldn’t be.” 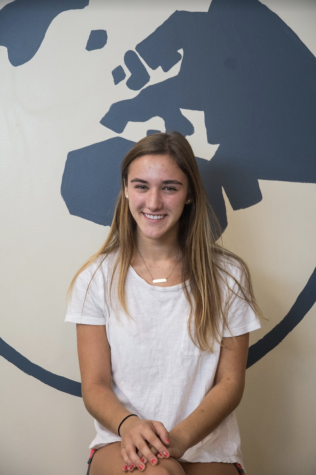 As a senior, this is Caroline's third year being a part of the Photojournalism staff for Globe, and she could not be more excited for what this year has to bring. Caroline is also... 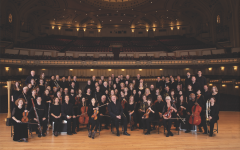 Music Will Go On 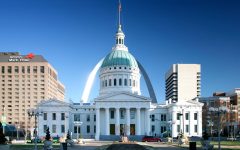 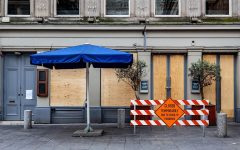