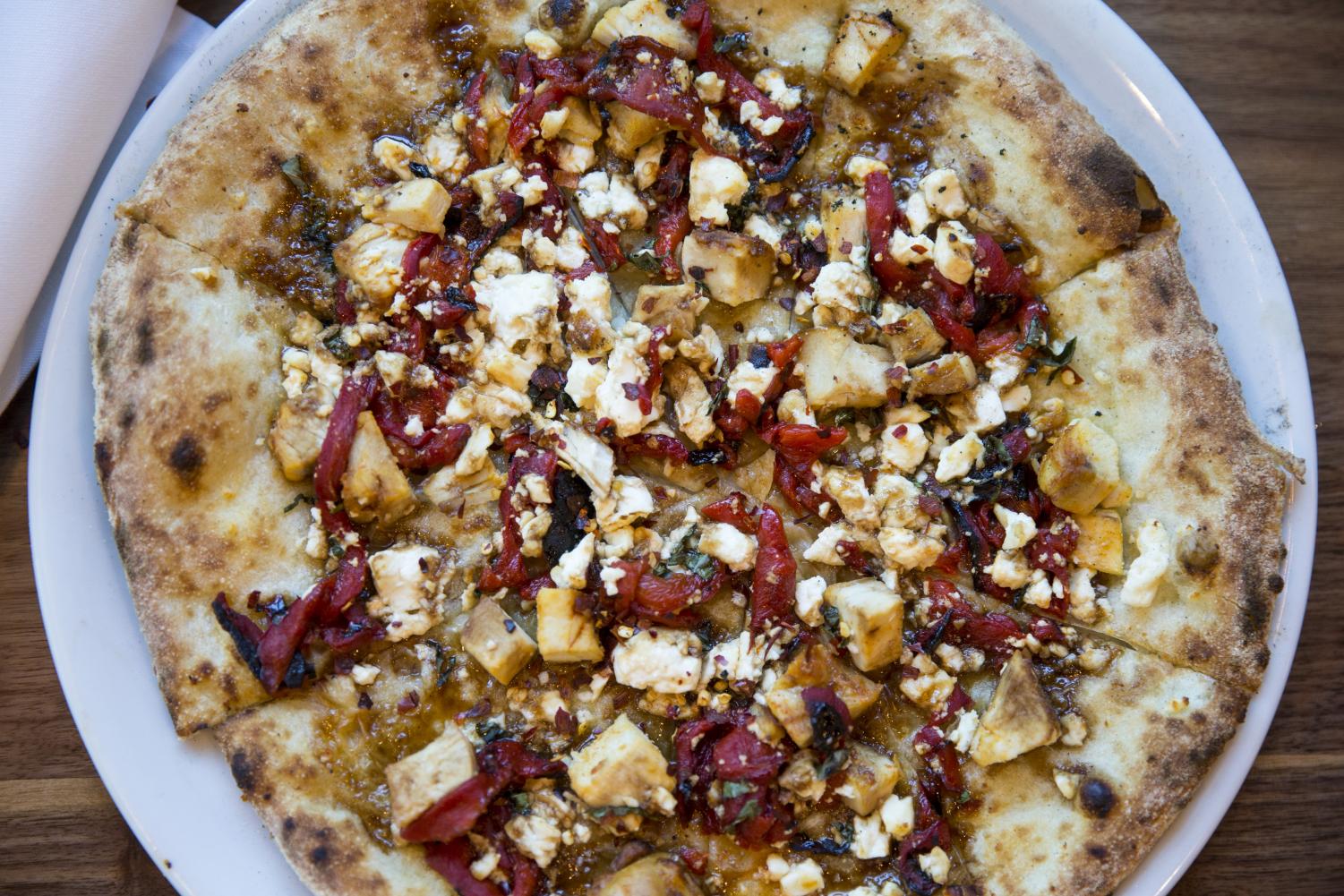 The Globe reviews the wood fired pizza restaurant which recently opened a location on Meramec Avenue.

America loves pizza as universally as apple pie. I’m no different; pizza has remained my top comfort food since I’ve been able to feed myself. So naturally, when I learned there was a new pizza restaurant in downtown Clayton, I was eager to try it out.

Owners Patrick Thirion and Brandon Case began Peel in the St. Louis area because they felt the community could use a new dining experience. Both owners have a pastry and baking background, which they translated into pizza making. Also, both have a diverse, multicultural culinary background which accounts for the numerous cuisines you can choose on Peel’s menu.

When I walked into Peel, the first observations I made were the size of the restaurant and the decor. There’s a comfortable amount of space in the restaurant for customers, and I enjoyed the modern, sleek aesthetic of the location. A variety of booths and tables line the space across from the bar, and minimalist decorations adorn the walls. In addition, an abundance of windows makes natural lighting in the restaurant excellent.

The menu is decently concise and easy to follow. For a place that specializes in pizza, there’s an impressive diversity in options. Consumers can pick pizzas from the classic Italian flavors all the way to pies with sweet, Asian flares. Wing flavors also range from buffalo to fire to Thai curry.

The pizzas we chose included the Margherita, ricotta and trio flavors. We also decided to accompany the pizzas with the maple bourbon wings.

The first thing you should notice when you bite into a pizza, other than temperature, is the feedback from the crust. With Peel, the crust is airy, thin and a satisfying combination of fluffy and crispy.

I found this consistent with all of their pies, and I was delighted with the texture. The wood-firing process Peel uses to cook both their wings and pizzas give them the light crispiness that evokes a great mouthfeel with each bite.

In terms of the toppings, the Margherita was a little mundane in flavor. However, since the pizza is only intended to have tomato sauce, cheese and basil, I wasn’t expecting to be blown away.

The trio, however, had a balanced and tasty assortment of ham, sausage and pepperoni while remaining fairly light. The ricotta pizza, which contained mushrooms, ricotta cheese and sausage, had a great indulgent flavor. I did find though that I was looking for the sausage flavor while eating the pizza, which is most likely due to the serving of the sausage slices. In all of the pizzas we tried, the smokiness from the wood-fired cooking process was present in each bite.

The wings were cooked well and coated in a fair amount of maple bourbon sauce. The sweetness hits you instantly, which I really enjoyed. The sweet-savory combination works well here. Like the pizzas, the wings also had an excellent texture. While the first wings were delicious, you may find that specifically with the maple bourbon wings, the maple syrup becomes overbearing after you’ve eaten a few.

In terms of price, most pizzas fall between the $10-$13 range. A 12-wing bowl costs a similar amount. While the food is not necessarily cheap, the serving sizes are about generous enough to justify the prices they charge.

Overall, while I cannot speak to the microbrewery portion of Peel, the dining experience was very good. The service was great, and the pizza is definitely among the best in downtown Clayton. I’ll definitely be coming back to the restaurant, hungry to try more dishes.