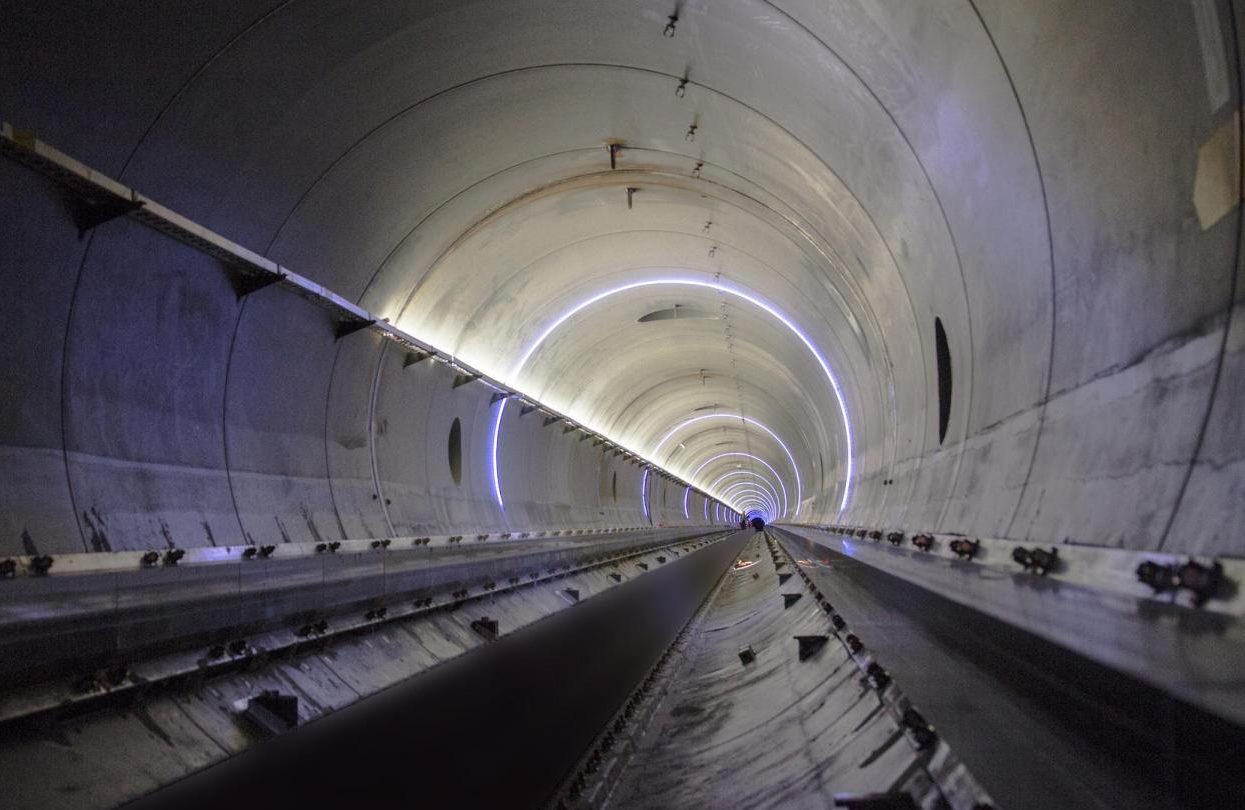 The interior of a hyperloop reaching from St. Louis to Kansas city might look similar to this prototype made by Virgin Hyperloop One, the company interested in building the hyperloop.

Photo from Virgin Hyperloop One.

A few summers ago in China, my family rode on a high speed railway from Chengdu, Sichuan that reached the nearest mega city, Chongqing (190 miles) in about 50 minutes. The same trip took my father 9 hours by an antiquated train 30 years ago. Mirroring the change my father experienced in China, St. Louis may also witness a huge innovation in the near future.

Missouri officials recently announced the formation of a partnership supported by Hyperloop One, the American transportation technology company that developed the concept of Hyperloop, to study the feasibility of building an ultra-high speed railway connecting St. Louis to Kansas City.

The Hyperloop is a futuristic model of railway transportation where pods carrying people travel almost at the speed of the sound (760 miles per hour) in an airtight tunnel. The company chose St. Louis as one of the 5 cities around the world as possible sites to build the high speed railway.

Traveling from Kansas City to St. Louis, which currently takes about 3 hours and 40 minutes by car, would be cut down to only 31 minutes via Hyperloop. The potential lifestyle and socioeconomic changes brought about by Hyperloop cannot be underestimated. The half an hour commute gives employees the opportunity to live in St. Louis but work in Kansas City, and vice versa, implying that the dramatically shorter trip also opens up more options for job seekers.

Similarly, for employers, the pool of talented operators available would also multiply. Not only will the Hyperloop contribute to significantly improving people’s commute between St. Louis and other local areas, but it will also attract many to visit the city. St. Louis has long been in the shadow of its much larger rival city Chicago. The hyperloop will project St. Louis as a more venturous city.

People crave innovation and novelty; the surreal concept of the Hyperloop becoming a reality would attract novelty seekers from around the country. Looking back at my train ride in China,  watching the scenery shift from rice paddies to small towns in the matter of minutes proved to be a unique experience. We were also impressed by how smooth and comfortable the trip was. There is one problem with the proposal notwithstanding: building a hyperloop between St. Louis and Kansas City is very costly, likely in the range of billions to tens of billions of dollars. Majority of the locals believe that the hyperloop would not be able to pay for itself due to limited adoption and actual usage by the public. However, I believe that St. Louis should seize this rare proposal as an opportunity to pull itself out of the current state of decline. Back then, total railway length of China was only about 10 percent of the US. Many citizens commuted via a snail-paced train. In the last fifteen years China has built the longest and also the most extensively used high speed railway network. Nowadays the vast majority of the Chinese people travel between cities by high speed railway. Perhaps the same can apply to St. Louis.