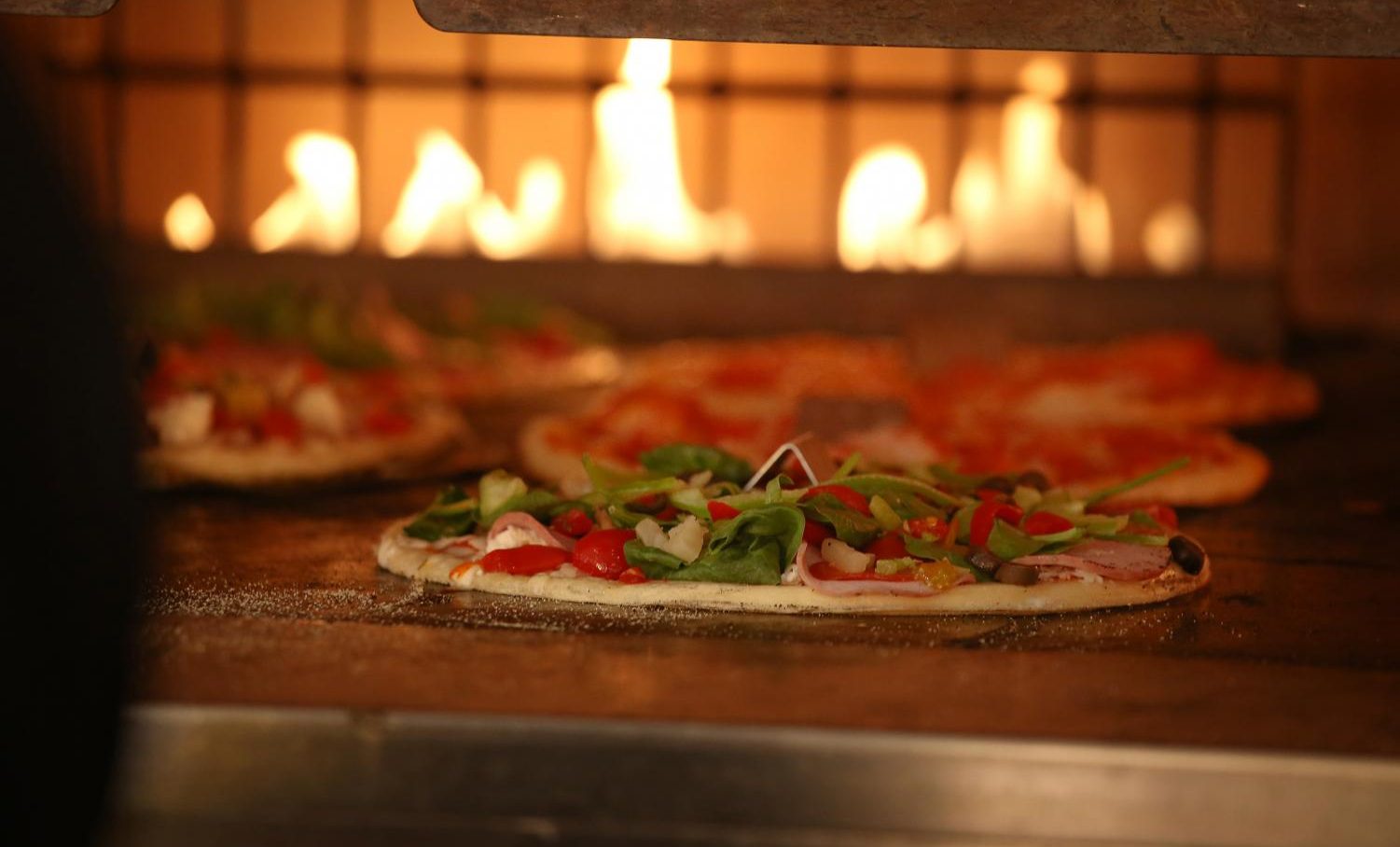 Was it Worth it?

The tempting smell of oven fire pizza was one of the first thing we noticed when entering Blaze Pizza. Walking into the cozy restaurant was refreshing.  The air was warm, a refreshing feeling compared to the frigid weather outside the door. The decor of the restaurant was very modern, with black cushioned seats and orange walls with unique photography.

The line to order was not long, but later on its size increased. The ordering process was simple and, for a pizza place, quite unique: we could pick what type of pizza we wanted, or make our own by going through the Chipotle-style line and picking out toppings. We could also order other things such as salads and Doughknots. There are a variety of different kinds of pizzas, salads, and appetizers to choose from which was very helpful in finding something we wanted.

In the end, we decided to get a cheese pizza with doughknots. We ordered then went down to the payment area, and we got a drinks and two desserts: a brownie and a smores cookie.

The place was fairly empty, most people getting their food to go, so finding a seat was no trouble at all. Getting our food was more of a challenge, though. This was because they did not call our names, but rather just set the food on the counter without any clue as to whose it was. Bringing the food back to the table after finding out that it was, in fact, ours, we sat down to try the new restaurant’s food.

We tried the pizza first. The pizza was, in our opinion, not as good as it could be. The crust was badly burnt on the edges (Although this was expected, as it is woodfired pizza). Not only was it brutally crunchy, but the pizza also had a strong burnt taste that made it less appetizing. The other thing about the pizza was that there was not a lot of cheese on the pizza, but more sauce. The sauce also did not taste like normal pizza sauce, but rather like tomato soup. This was not all bad, but it made the pizza taste like a food it wasn’t.

Next, we tried the caesar salad, which did not have too much taste. The salad was mostly just plain lettuce with minimal dressing and a little bit of cheese–nothing really delicious.

Then we tried the knots. We had different opinions on the knots. On the one hand, it was good because the bread and the sauce evened each other out and had a good amount of seasoning. On the other hand, though, the seasoning was overpowering and ruined the airy taste of the bread. Whether or not the knots were good may vary from person to person.

Lastly, we tried the desserts. We tried the brownie before the cookie, breaking it in half. The brownie was not up to our standards. It was fairly dry and had an overwhelming sense that the chocolate used was fake. The brownie was just mediocre in our opinion. For the s’mores cookie, we made the mistake of not heating it up, so the marshmallow and the chocolate were not melted or heated whatsoever. With that mistake, we did not get the full experience of the cookie, but the taste of the cookie without being heated up, was also just okay. The cookie was also fairly dry, and the taste of the cracker did not blend well with the marshmallow and the chocolate.

In end, Blaze Pizza was satisfactory, but not up to standards. The food was decent, but nothing really special, while the environment was very comfortable and interesting. Blaze Pizza would be a good place to go to branch out from normal kinds of pizza and make your own, but not the best place to go for ordinary kinds of pizzas and food. 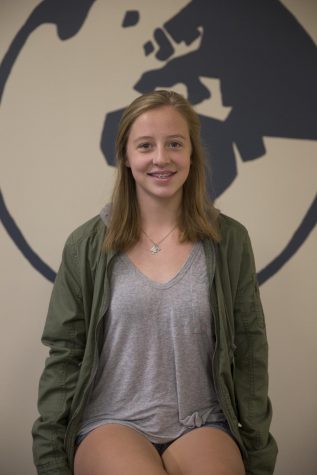 Lanie Reuter is a freshman and this is her first year being a part of the Globe. She learned about the Globe from many people who told her that they enjoyed it. She joined because...