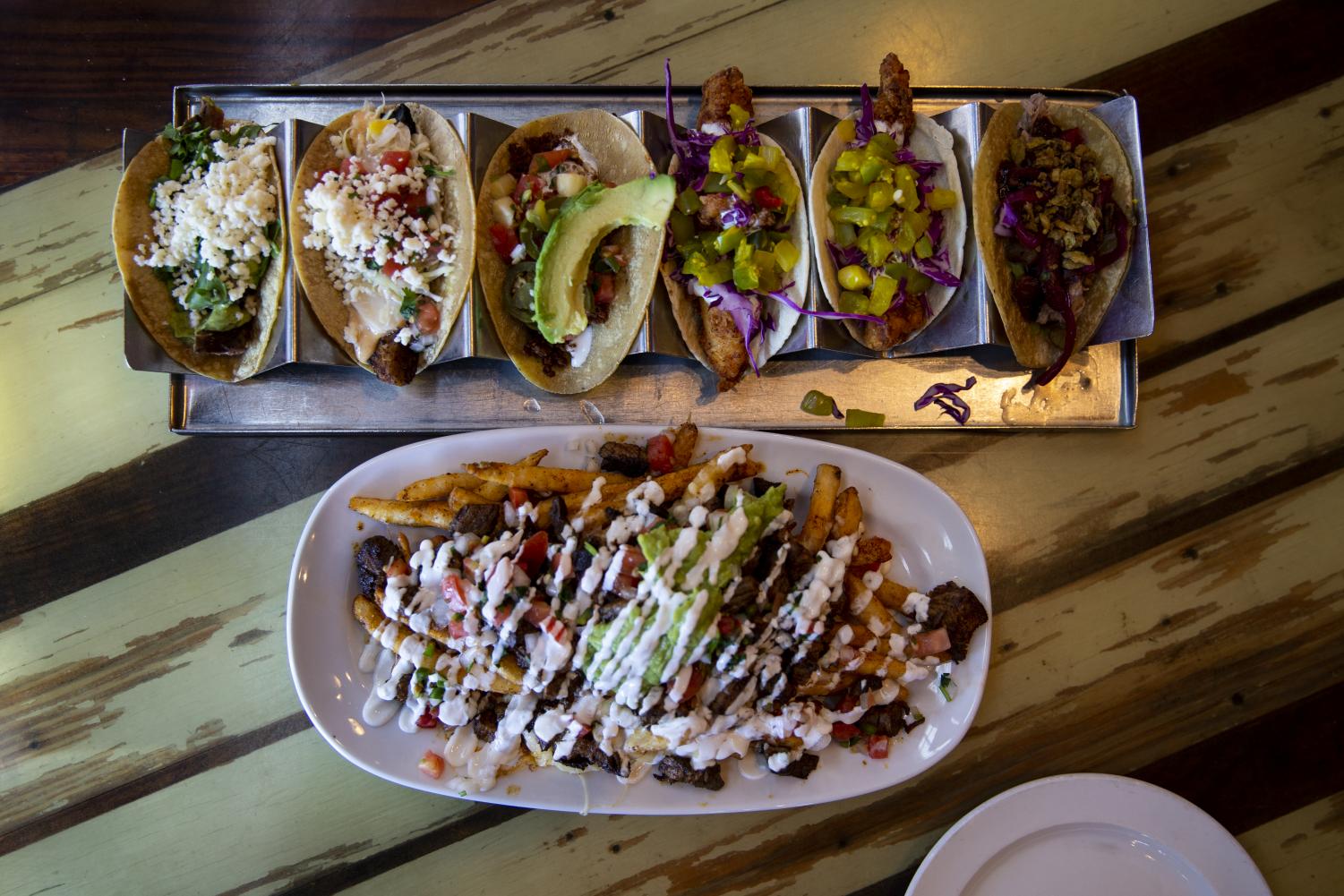 With a wide variety of tacos on the menu covering every kind of meat―anything from duck to shrimp to the classic carne asada―Mission Taco filled all of our cravings. And despite being in relatively classy locations, with a storefront on the Delmar Loop and another in the Central West End, they manage to keep prices as low as any of our other stops. As a collective, we agreed that Mission Taco beats the rest in terms of quality, though. The tacos, served together on a metal rack, are held together by soft corn tortillas made in-house. Making the tacos easy to eat (not overflowing with ingredients falling out the sides), the tortillas also absorbed the sauce in each taco to distribute the taste without making them soggy. These flavorful sauces, alongside the masterfully-cooked meat, cheese and vegetable fillings, are what make Mission Taco satisfy the palate so well. The flavors can be wildly different for different tacos, so be sure to check out our digital version of the story for our live reactions to each one!

We also recommend ordering the carne asada fries for the table―a great way to enjoy the restaurant beyond just the tacos.

Despite its informal setting, Mayana provides a surprisingly well-balanced taco at a reasonable price. The ordering setup allows easy customization of your tacos, a feature not offered by the other restaurants. We began by selecting proteins for our tacos, including fajita steak, carnitas and citrus chicken. You then have the option to add various rices, salsas, cheeses and other toppings. One feature of note – queso comes at no extra cost. The tortillas themselves were thin but held together well and did not provide an overpowering flavor, allowing the contents of the taco to shine. The flavors of the meat and other ingredients blended together pretty well, but the taco itself felt a little dense. However, the sauces offered give opportunities for spice if desired. Compared to the other venues we visited, the tacos were also fairly large; ordering three street tacos provides a filling meal, leaving little else desired. For students looking to grab a quick bite during a lunch period, Mayana’s close proximity to the high school and rapid preparation make it a great option.

Seoul taco offers a different interpretation of the taco that calls for a fusion between both the cultures of Mexico and South Korea. When you order at Seoul Taco, your options include tacos, burritos, bowls, or other dishes with a protein of your choice. The tacos we chose included the bulgogi steak and pork varieties. We found that the bulgogi steak and pork were marinated with a sticky, sweet soy glaze that complemented the other ingredients in the taco very nicely–however, we did find that the supplementary ingredients such as the rice or accompanying veggies were more subdued. And while the tacos were certainly delicious, we found that the seasoning of the meat became overpowering across the rest of the dish. The Globe recommends that at this particular establishment, a burrito or bowl gives better flavor and provides a more cohesive experience for your palate. That being said, Seoul Taco is a very solid choice if you’re looking for a taco experience but with a little spin. 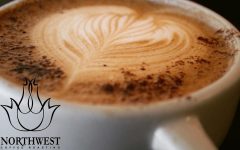 The Globe continues their search for the best food of St. Louis by visiting some of the most popular local brunch restaurants in and around Clayton.... 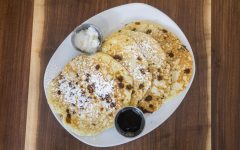 Globe reporters get the scoop on the hottest sushi places in town.... 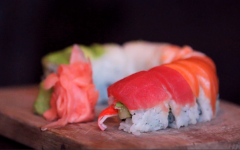