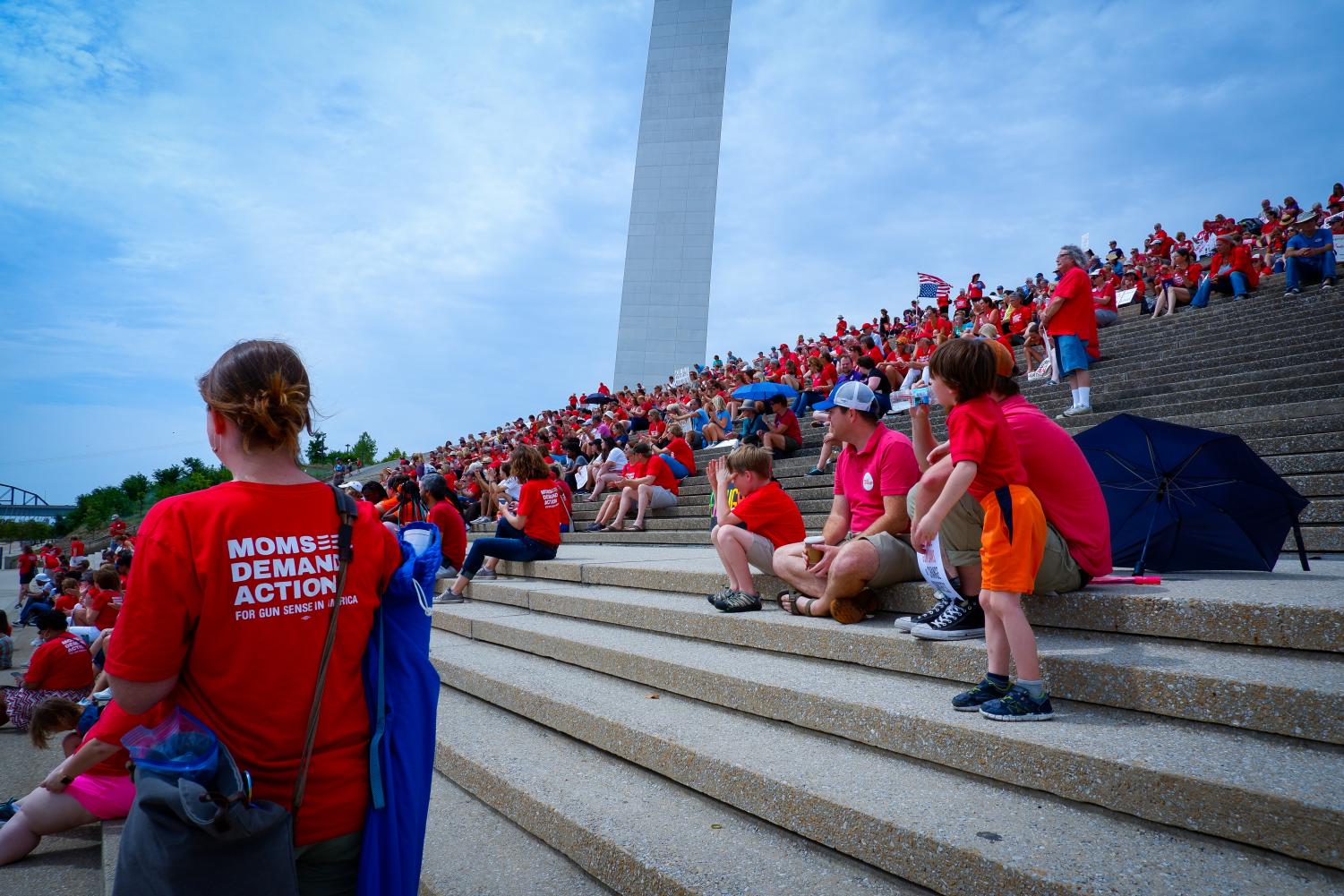 Protestors gather on the steps of the Gateway Arch to listen to a speech this Saturday. (Grace Snelling)

Protestors gather on the steps of the Gateway Arch to listen to a speech this Saturday.

At 10:30 a.m on a summer Saturday, customers were browsing through the shelves of an El Paso Walmart supercenter, picking out pool floaties, sunscreen and groceries for the coming week, when they were struck by the sound of an AK-47 opening fire in the parking lot. Initially, they believed that what they heard was fireworks.

21-year-old shooter Patrick Crusius killed 22 people and injured 24 others in the mall parking lot before first responders could arrive.

Hours later, at 1 a.m in Dayton, Ohio, patrons gathered outside Ned Peppers Bar, waiting to grab a beer or talking with a group of friends. Before they were able to enter, a man carrying a semi-automatic AM-15 arrived at the scene and sprayed bullets into

In only 32 seconds, 9 people were killed and 27 were injured.

The proximity of these two shootings shocked the nation. Many felt that immediate action needed to be taken to bring attention to the issue.

This Saturday, protestors from the St. Louis chapter of Everytown for Gun Safety, including members of its daughter organization Moms Demand Action as well as student activists, converged on the Gateway Arch grounds to demand comprehensive gun safety laws. 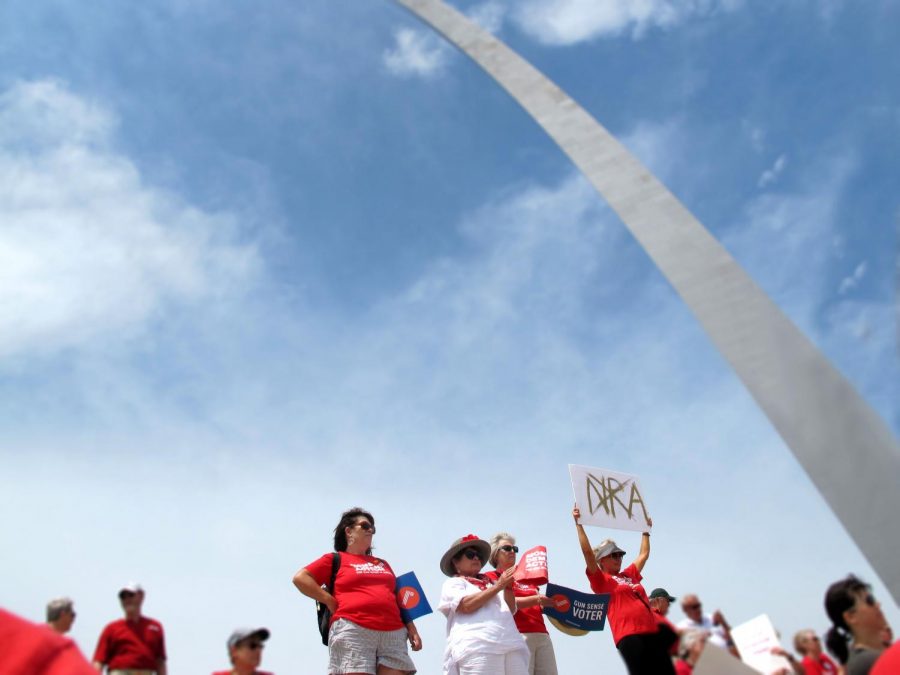 “Today we are having recess rallies all across the country in all 50 states and in Washington D.C to let Congress and the Senate know that we demand a vote. H.R.8 on background checks passed the House, we need it to come up for vote in the Senate,” Becky Morgan, head of the St. Louis chapter of Moms Demand Action, said. “We do support the 2nd Amendment, we do have gun owners who are part of our organization, but we believe that with rights come responsibilities. We’re advocating for common sense solutions like background checks and red flag laws to help keep guns out of the hands of dangerous people.”

“What made me feel like we needed to protest were obviously the shootings that had happened,” Sharma said. “But then also the fact that I think students have become desensitized to the issue, especially after Parkland. There was that huge outburst of anger and passion, and now we’ve kind’ve seen that fall back, and the issue has become buried again in the student community, even though we are still the ones being impacted by it.”

According to Greenstein, while many of her peers are becoming accustomed to routine preparation for the possibility of an active shooter at school, this training continues to act as a jarring reminder of gun violence for her.

“We had those shooter drills at Lafayette on Friday. It’s always scary to me. It’s a reminder that, yes, on any given day, someone could walk into the school and shoot us,” Greenstein said.

While the thought of such an event is terrifying on its own, Sharma’s concern extends to the overarching causes of these outbursts. She believes that the recent increase in white nationalist rhetoric has planted the seeds for such acts to come to fruition.

“This is bigger than just gun violence. This is about white supremacy. The people impacted by gun violence are disproportionately people of color, and especially in these shootings we saw that [the shooters] were motivated by hatred of the other. Of immigrants, of people of color. We can’t be putting guns in the hands of these white supremacists who are domestic terrorists,” Sharma said.

Although students make up a substantial sector of the push for common sense gun laws, anger over this issue is not contained to any one generation. Eva Adams, mother and activist, expressed her frustration over the recent loss of many innocent lives.

“We need change in America. I grew up in Germany, I was 24 when I came here. In Berlin, that has four million people, there are only four people dead in the entire year from gun violence. In Germany, it was just before the first world war started that moms got together with the press and they got a tough gun law passed. So change can occur.” 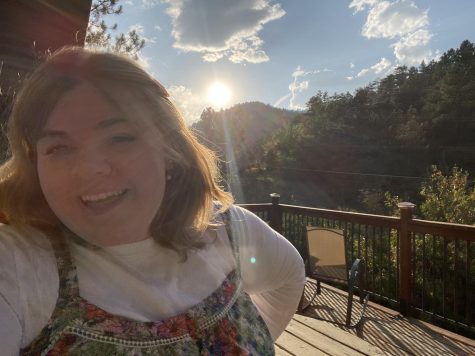