How can people stay safe in the Clayton and St. Louis Community? 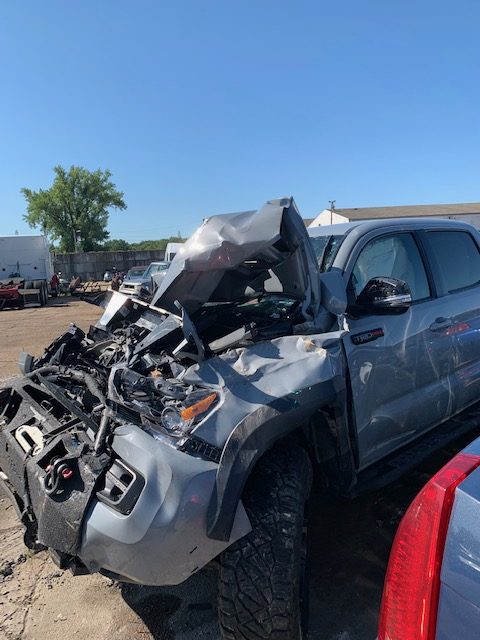 On July 29, 2019 at 1:03 a.m., Clayton resident Larry Wolff was asleep in his home. He had two vehicles in his driveway. Security video from that night shows multiple people peering inside Mr. Wolff’s truck with flashlights, gaining entry into the truck, and then stealing the vehicle. The truck was later recovered, smashed almost beyond recognition. Mr. Wolff, father of CHS senior Lauren Wolff, and a Clayton resident generously shared his story with me. Like other people, he says that he left his truck unlocked with the key fob inside the truck.

Recently, one morning before school, I found that my car had been ransacked the night before. I had accidentally left it unlocked. I was surprised to hear at school when talking to my friends that they had stories similar to mine; they had also accidentally left their cars unlocked and had their belongings inside stolen. I was baffled at how seemingly common this occurrence was, and I wondered if similar things were happening to other students and residents, too. I started doing some research.

Clayton has a deserved reputation for being a safe community, and most residents and students largely take this for granted. With a modern, highly trained and visible police force, and well-lit and carefully maintained commercial and residential properties, Clayton is among the safest communities in the United States. But even in “Pleasantville” (as Clayton is referred to by a local columnist), as the incidents above attest, the crime rate here is not zero.

What can students and residents do to stay safer?

To get answers, I communicated with Corporal Jenny Schwartz, the Community Services & Public Information Officer with the Clayton Police Department, asking her about safety and recommendations of the police for residents and students on how to prevent crimes like the ones that happened to Mr. Wolff and I, and others.

The Clayton police have crafted a useful document called “Crime Prevention Tips” found at https://www.claytonmo.gov/home/showdocument?id=514. Corporal Schwartz explained that the safety recommendations are based upon the principles of CPTED (Crime Prevention Through Environmental Design), which are highly accepted throughout law enforcement and security agencies. CPTED is based on the following principles, each designed to prevent criminal activity: natural surveillance (lighting, video), natural access control (no straight line access), territorial reinforcement (sign in requirements at school), and target hardening (deadbolts and alarm systems).

While the underpinnings may be technical, many of the crime prevention tips are very helpful and common sense suggestions. For example, the Clayton Police offer the following recommendations for home safety:

Not surprisingly, the crime rate in Clayton is significantly below the national average. There are about 48 burglaries per year, according to the Uniform Crime Reports for the years 2016 to 2018 as reported to the Federal Bureau of Investigation (FBI). These statistics are posted on the claytonmo.gov website. Following the preceding tips is thought to reduce the risk of or even prevent your home from being burglarized.

The Clayton Police also have suggestions for improving your safety when you are out of your home. Again, many of these suggestions are easy to follow and practical:

In Clayton, during the three year period 2016-2018, there was a cumulative total of no homicides, 4 rapes, 20 robberies, and 30 aggravated assaults, based upon Uniform Crime Reports posted on the claytonmo.gov website. Statistically, these are very low numbers, especially compared to other communities in the United States. Clayton’s numbers on the Uniform Crime Reports for larceny-theft are somewhat higher than other crimes in Clayton, averaging about 209 such incidents per year. Among the recommendations the Clayton police have for combating larceny are to always lock car doors, and not leave packages or other valuables on the seats or on the floor of the car where potential thieves can see them.

For residents who want to do even more for their safety and to help with crime in the community, the Clayton Police also offer the Community Camera Program. This innovative program allows Clayton residents and business owners to register the locations and capabilities of their private security camera systems with the police. Video surveillance is one of the best methods for apprehending and convicting suspects who are caught on video in the act of committing a crime. As Corporal Schwartz noted, the quality of today’s video cameras has improved to the point of giving clear images of identifying markers, such as tattoos, scars, etc

Other services offered by the Clayton police include vacation checks when homeowners are out of town, and providing customized suggestions to improve the safety of a specific home and property.  The Clayton police also offer a Citizens Police Academy. If it seems like the Clayton Police do a lot, that is intentional. As Clayton Mayor Michelle Harris expressed, “Our city has very high standards for performance and our police force sets an example for the region, being highly trained and internationally accredited.”

Mayor Harris explained that the Clayton Police Department employs a community policing philosophy that promotes a partnership with the community to solve problems. The Mayor went on to observe that the City of Clayton has made a commitment to providing a safe environment for its residents, visitors, and businesses. As the Mayor explains: “A big part of this commitment (to safety) is staffing a sufficient number of officers to allow for rapid response to an emergency in any neighborhood in Clayton.”

Those who live, work, and play in Clayton do so with low risk from crime. But crime does happen, even in Clayton. Residents, students and business owners would be well advised to always be aware of their surroundings and to follow the common sense suggestions of the Clayton Police. 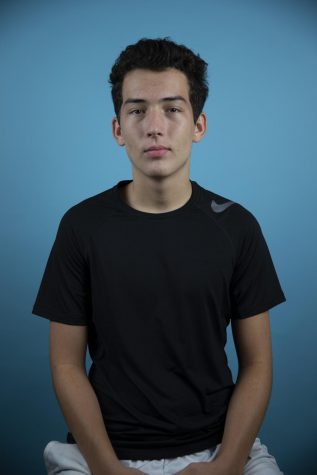 Ryan Kerr, a senior at Clayton High School, embarks on his first year with Globe as a reporter. For Ryan, the Globe was an unnoticed opportunity just waiting to happen. Wanting...