Hannah Do and Kathryn Smith 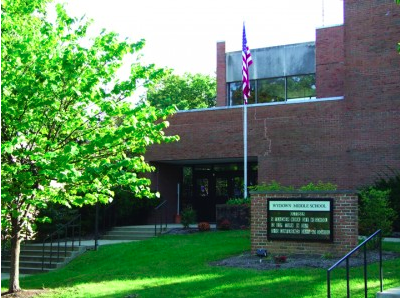 The exterior of the old Wydown Middle School building

“Whenever you build something new, and it’s beautiful and shiny and taller, it becomes different in terms of personality,” said Sarah Miller, a sixth grade Social Studies Teacher at Wydown.

Most students at CHS went to Wydown Middle School. They remember walking through the halls, playing on the field, and getting dropped off at the front of the school.

However, Wydown wasn’t always the school our students remember today. Seven years ago, Clayton’s middle school was renovated to become what is now the “New Wydown” today.

The old Wydown may be very difficult to picture for the middle schoolers today because they are used to the modern feel. The previous Wydown was very different in terms of the environment and interior design. When you first entered, there would be a front desk, followed by stairs leading down to the basement, which is where Miller had most of her classes as a student. The library had an antique vibe, with light tan wood-focused furniture. In addition, there was a tiny fitness center on the first floor. Unlike the blue lockers, the old Wydown had green lockers. The first thing Miller remembered when asked to describe the Wydown was the glass hallway next to the cafeteria. There was also an atrium in the middle, so the sunlight would come in the middle of the building.

Although a homey, cozy middle school was popular amongst the students, there were also many challenges. Sarah Miller describes the disruptions during class periods, that made the learning environment less effective “… the boilers were in the basement… there were basement classes, so the boilers were really loud. You would walk into the front desk and walk down those steps to the basement and you would hear this buzzing sound. Almost everywhere in the building, you would hear this buzzing sound.” In addition, the lack of space led to the sharing of classrooms. Teachers would constantly have to share their teaching space, which Miller describes as “challenging”. 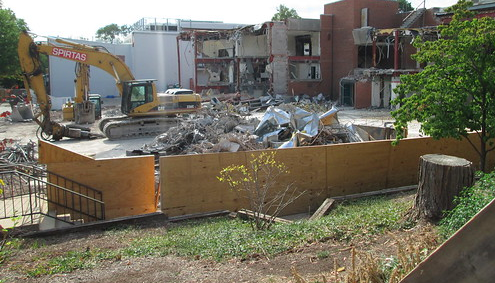 Mary Ann Goldberg helped the community become first aware of the issues at Wydown. Miller recalls how she took community members on tours around Wydown to see the struggles students and teachers face every day.

The renovations may seem subtle in words, but the physical changes were crucial to improving the learning environment. The renovated Wydown has taller ceilings, additional lighting, new windows, and cleaner in general. “I love how open these hallways are, and these team spaces are again, just having much more space … as a student, we never got to work on the hallways. There wasn’t nearly this much space between the classrooms.” Miller pointed out that in the previous Wydown, only about five people could fit in the halls.

The renovation took place years ago, but the impacts of the renovations still remain today. Certainly renovating a building can have its advantages, but can also lose the prospective students had before. Even subtle changes such as adding more windows to the building can have huge effects on the learning environment, and further, improve the school district of Clayton. We, as members of the Clayton school district, need a sense of belonging to our school. Learning about our school’s past and our history can help students feel that connectedness, and the feeling of home. 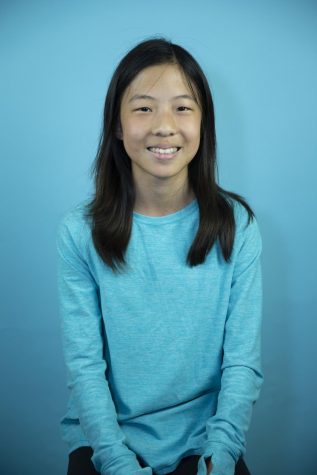 Hannah Do is a freshman at CHS and is a writer in The Globe this year. She is interested in writing about the students and teacher in the school district of Clayton, and enjoys... 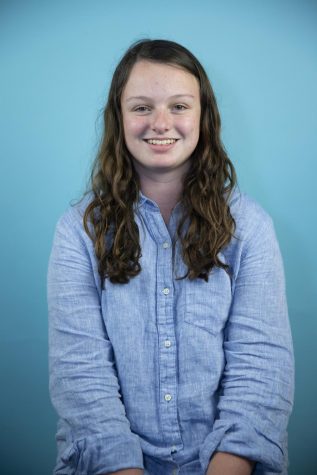 Kathryn is a freshman. This is her first year on the Globe. She is a reporter this year, and she's excited to dabble in journalism during her first year of high school. Kathryn...