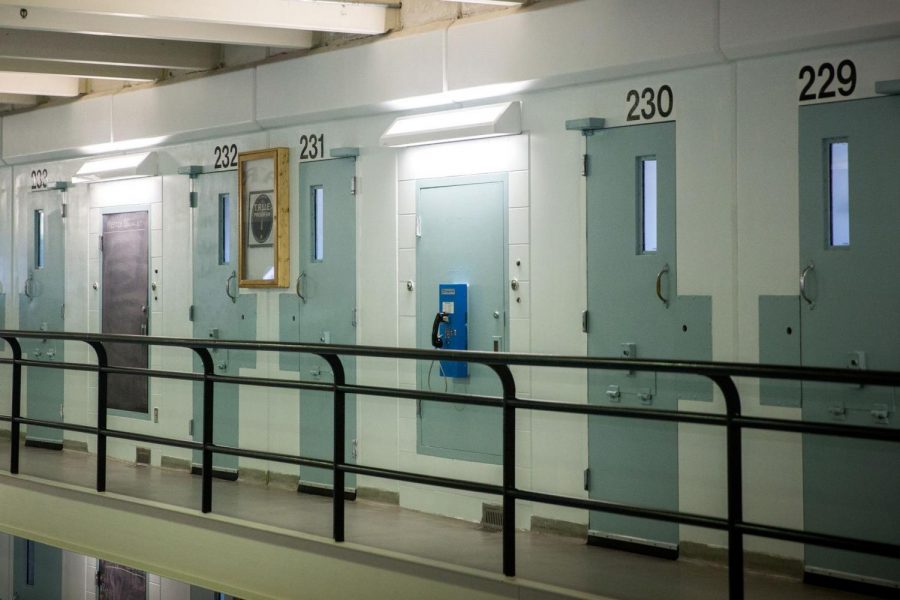 Even as the state Department of Correction significantly expands COVID-19 testing of incarcerated people, agency employees say that deep concerns persist about adequate social distancing and medical staffing in Connecticut prisons and jails.

With no way to social distance, prisons are especially vulnerable to coronavirus outbreaks.

Tallies from the Marshall Project, a criminal justice journalism organization aiming to track the spread of within the prison system, show that the national total of positive cases among prisoners is 20,119 or more, as of May 6. At least 218 deaths have been reported among prisoners in the U.S., and at least one prisoner is known to have died in Missouri. The New York Times has estimated the total number of cases in both prisons and jails at 36,900 and deaths at 375.

Normal prison conditions make it difficult to implement protective measures and contain the spread of coronavirus. Mary Gould, Director of the Alliance for Higher Education in Prison, calls it “humanly impossible to social distance” in a prison environment. That’s why advocates for the health and safety of prison staff and incarcerated people have called for the immediate release of vulnerable and elderly inmates who have served the majority of their sentences. Along with many other organizations, the American Civil Liberties Union has taken up the cause.

“The people who could be released often are the people who have health conditions or are advanced in age,” said Tony Rothert, Legal Director of ACLU Missouri. “They’ve been there for a while completing their sentences. They’re the people most at risk of having bad effects if they contract the virus. So it’s important to them, but it’s also important to everyone left behind, […] the guards and the administrative people who work in jails and prisons, to have fewer people there […] so that people just aren’t as close together.”

Many states, cities and counties have taken steps to lower jail populations. The Prison Policy Initiative reports that in Denver, Colorado, the average daily jail population decreased by 41% from Mar. 1 to Apr. 15. The Los Angeles County jail population has been reduced by 30% since the outbreak. By April 30, the New York City jail system had released around 1,630 people since March 16. ACLU Missouri Policy Director, Sara Baker, told St. Louis Public Radio in early April that a 14% decrease in jail populations has been seen in St. Louis County, the highest drop in the state.

However, release of convicted criminals from prison has not been as widespread when compared to the release of jail inmates. As of May 1, there has only been a 4% population reduction in California state prisons, a 2.8% reduction in Pennsylvania and a 2.1% reduction in the Federal Bureau of Prisons. And that is after the April 3 memo issued by Attorney General William Barr ordering the BOP to “immediately maximize” the release of vulnerable prisoners. Several other states have shown low prison release numbers as well. No moves to release prisoners have been made within the Missouri prison system, as the Department of Corrections confirms on their website: “No additional releases or mass releases are planned in response to COVID-19.”

Gould explained how urgent it is for inmates to be released, considering the environment inside prisons and their lack of compatibility with social distancing and health protection measures. “You’ve got old people, you’ve got people with pre-existing conditions, you have a poorly functioning healthcare system, you’ve got poor nutrition, you’ve got poor ventilation, you’ve got no access to personal protective equipment. You have hundreds of people coming in and out every day because prisons run 24 hours a day,” Gould said.

Allowing inmates to be released would also address another huge crisis in America: mass incarceration. The US makes up only 5% of the world’s population but accounts for 25% of the world’s prison population. Not only that, but U.S. jails are also filled with people who are waiting for trial or can’t put up bail. According to the ACLU, “There are twice as many people sitting in local jails awaiting trial and presumed innocent than in the entire federal prison system.” The current pandemic provides a new sense of urgency to decarcerate, which would benefit millions.

Another important aspect of the pandemic’s impact on prisons is financial. With COVID-closures leading to a loss in state revenue, prisons could face further budget cuts. “If the budgets are cut, [classes, vocational training, recreation, etc.] are going to get the first cut. And then we’re just back to a system where we’re just throwing guys in a warehouse,” said Paul Lynch, Director of the SLU Prison Program.

Who do we, as a society, think is worth saving? And who do we not?”

The COVID-19 situation has also exposed how society fails to support and fight for the rights of incarcerated people. Gould pointed out that the crisis sheds light on the lack of societal value placed on the incarcerated population. “People incarcerated are not the first people that anyone thinks about when they’re thinking ‘whose lives are we going to save?’ ” Gould said. “[…] that’s something that’s really important to think about. […] Who do we, as a society, think is worth saving? And who do we not?”