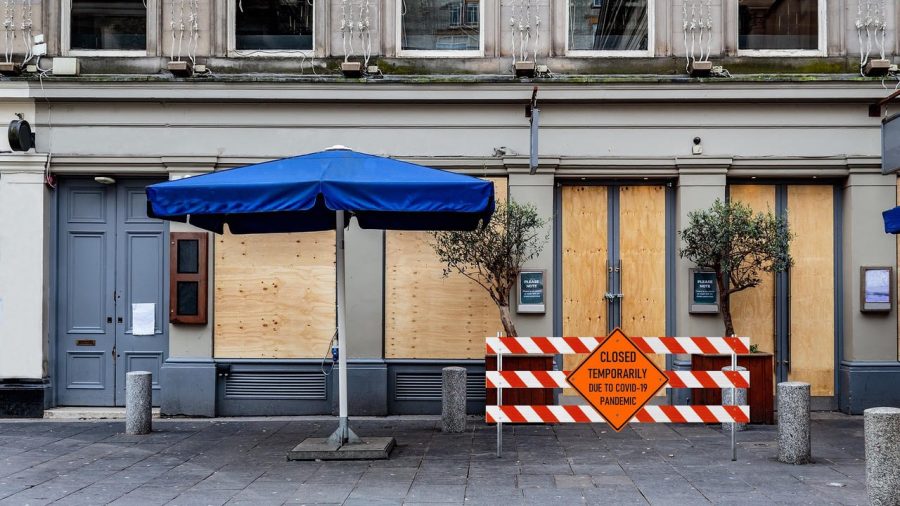 Businesses reopened, restaurants seating customers, and streets busy once again. At first glance, it would seem as if economic activity was “normal” again.

Despite the reopening of the economy, no one is sure what the economic aftermath of COVID-19 will look like. After months of a locked down economy, states have shifted toward opening businesses back up for consumer activity.

Missouri began allowing businesses to open with restrictions on May 4th under Mike Parson’s “Show Me Strong Recovery” plan. Parson’s plan is based on four pillars: increased testing, expanding reserves of personal protective equipment (PPE), monitoring and improving the hospital and healthcare system, and predicting potential outbreaks. As described on the governor’s website, the plan promises “a gradual reopening, leading to broader economic recovery”.
Show Me Strong Recovery instructs Missourians to stay home if they begin to feel sick and to avoid socializing with groups that do not practice proper social distancing measures. While businesses are encouraged to modify their practices to reduce the spread of the virus, it is not mandated that they do so.

However, many residents disregarded Page’s cautions almost immediately. Over Memorial Day weekend, thousands of people flocked to the Lake of the Ozarks for their holiday celebrations. Footage documenting packed bars and pools went viral, with medical experts and government officials acknowledging the dangers of this reckless behavior.
The St. Louis County Health Department issued a travel advisory to the Lake of Ozarks, citing the risks of further spreading COVID-19.

This risky behavior is not unique to Missouri. Across the nation, Memorial Day celebrations have drawn large crowds, with many travelers ignoring social distancing guidelines.

The lack of adherence to health experts’ suggestions threatens another wave of COVID-19, which could overwhelm the healthcare system once again. Top epidemiologist, Anthony Fauci said, “If economic interests were allowed to override public health concerns, there is a real risk that you will trigger an outbreak that you may not be able to control. That could result not only in some suffering and death that could be avoided, but could even set you back on the road to trying to get economic recovery.”

To ensure a relatively safe reopening, businesses have and will continue to adopt new safety measures. Restaurants aren’t at full capacity, and businesses are disinfecting often, utilizing PPE, and maintaining social distancing.

The radical nature of the COVID-19 outbreak will likely cause long-run changes in many industries, particularly the retail industry, which has been deeply affected by COVID-19. David Andolfatto, a Senior Vice President at the St. Louis Federal Reserve said, “There’s a lot of talk about businesses that are renting retail space in New York City, for example, that’s expensive. They’re suddenly realizing that they can make do with this work from home kind of thing pretty easily. What implications is that going to have for rental prices for commercial real estate in New York and other cities, where companies are realizing that they can work quite well with a substantial part of their workforce working from home using Zoom?”

A lot of our communal activities that we’ve become accustomed to are going to be reevaluated even five to ten years from now.”

Along with a possible shift from traditional brick-and-mortar businesses, adaptations are bound to occur in other industries. The dining industry has been hit particularly hard and has already begun altering itself. Restaurants are limiting capacity, with tables and guests spaced far apart. Additionally, restaurants have begun shifting away from popular shared dining concepts. Clayton High School Economics teacher, Daniel Glossenger said, “I think a lot of our communal activities that we’ve become accustomed to are going to be reevaluated even five to ten years from now.”

Clayton boasts an impressive number of restaurants, all of which have been affected in some way by the pandemic. Both Clayton and St. Louis are comprised of a diverse mix of restaurants and other small businesses and large corporations. COVID-19 threatens to tip this unique balance St. Louis holds.

For large corporations such as Amazon and Target, business is seemingly unaffected. However, the opposite holds true for many smaller businesses. Previously shuttered and with some unable to receive support from the Paycheck Protection Program, these businesses are suffering greatly.

Small businesses aren’t the only component crucial to St. Louis’ future economic prosperity. Adequate schools and education for children in St. Louis will build a foundation of economic success in the region. However, with the outbreak of COVID-19, proper education is being jeopardized as well. Recently, the Missouri School Boards Association released a report detailing the necessary measures to guarantee a successful school year, even if it is virtual.

With a predicted lapse in funding for education, it is obvious that inequality within the school system will once again be amplified. 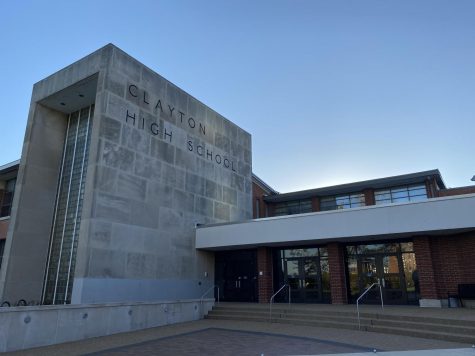 The Clayton School District is regarded as a relatively wealthy school district in St. Louis. According to a 2016 analysis of school funding by NPR, the School District of Clayton spent $19,681 per student each year, while St. Louis Public Schools spent $9,826 per student. Glossenger said, “I spent a lot of time in the last week or so looking at [the finances of the School District of Clayton] in particular, because I’m wondering, you know, is the school district financially sound to make it through the next year or two? And I think the answer is yes, with a caveat. A lot of the money for the school district comes from property taxes. If we see a dramatic decline in property values, then that would be a problem.”

Other school districts may not be as fortunate. With a shift to virtual learning, it would be much easier for struggling schools to cut costs. Glossenger said, “ I think what we might actually end up seeing is a large number of young people getting subpar education digitally and that would be the great middle and bottom of the United States. And then you’ve got the elite public schools where folks are able to afford essentially this kind of one-on-one tutoring where it can meet both electronically and it can meet in person. For example, Springfield Public Schools has paved the way for what I think is going to be happening in our state and in our country very soon. They have huge numbers of students taking online classes. And I’ll be honest, and say, I think the quality of many of those classes does not measure up. At the same time, one teacher in St. Louis, or in Springfield Public Schools can in theory teach hundreds and hundreds of students. And so, you could have major cost savings that way.”

However, inequality within America is by no means new. In times of crisis, flaws within systems are often exposed. This pandemic has seemingly highlighted the large disparities in education, flaws in the healthcare system, or racial inequality. David Andolfatto said, “As always, whenever a crisis hits, whether it’s the financial crisis 12 years ago or this crisis now, it’s almost by definition that the most vulnerable are the most affected. I think the key question, in terms of inequality, is how long it lasts, and what we do as a society to help those disproportionately affected recover from it. We’ve seen some help come from Congress, but we don’t know if it’s enough yet. The impact on the unemployment rate has been just truly off the chart.”

Inequality is also prevalent beyond America’s borders. As COVID-19 ran rampant across the world, some nations were better

prepared than others. Because of China’s role as an export nation, they were equipped with more protective material than many other countries, including the US. Andolfatto said, “I think [COVID-19] is going to put a dampening effect on these globalization forces that have prevailed over the past 20, 30, 40 years. The United States and other countries are going to try to bring manufacturing back to the domestic soil. So, I think that … not just the US but each country is probably going to be looking to become more self reliant. That is going in the opposite direction of the trends that have in place for the past 40 years.”

As nations begin to lean towards autarky, global supply chains could become nonexistent, with countries striving for complete economic independence. However, this could be quite detrimental. Countries would lose the valuable benefits of international trade and specialization.

Because of the magnitude of the COVID-19 and its profound effects on both the economy and consumers’ everyday lives, it is imperative to remain precautious in the future to ensure these events do not occur again.
David Andolfatto said, “This is the problem with low frequency events. The last major [pandemic] was in 1918. Actually, we’ve had some other major epidemics in the US, and we lost a lot of people, but nobody remembers them. I don’t know why. But, my favorite example of this principle … is Pompeii, the city that was buried by Mount Vesuvius in 79 AD. That mountain exploded and covered the city upon pay. If you go to Pompeii today, you can still see the city there that they excavated, but that mountain, Mount Vesuvius is still active. It hasn’t erupted since 79 AD, so almost 2000 years ago. Except, now you have the city of Naples with about 10 million people living right there. We know that the mountain’s gonna blow.”