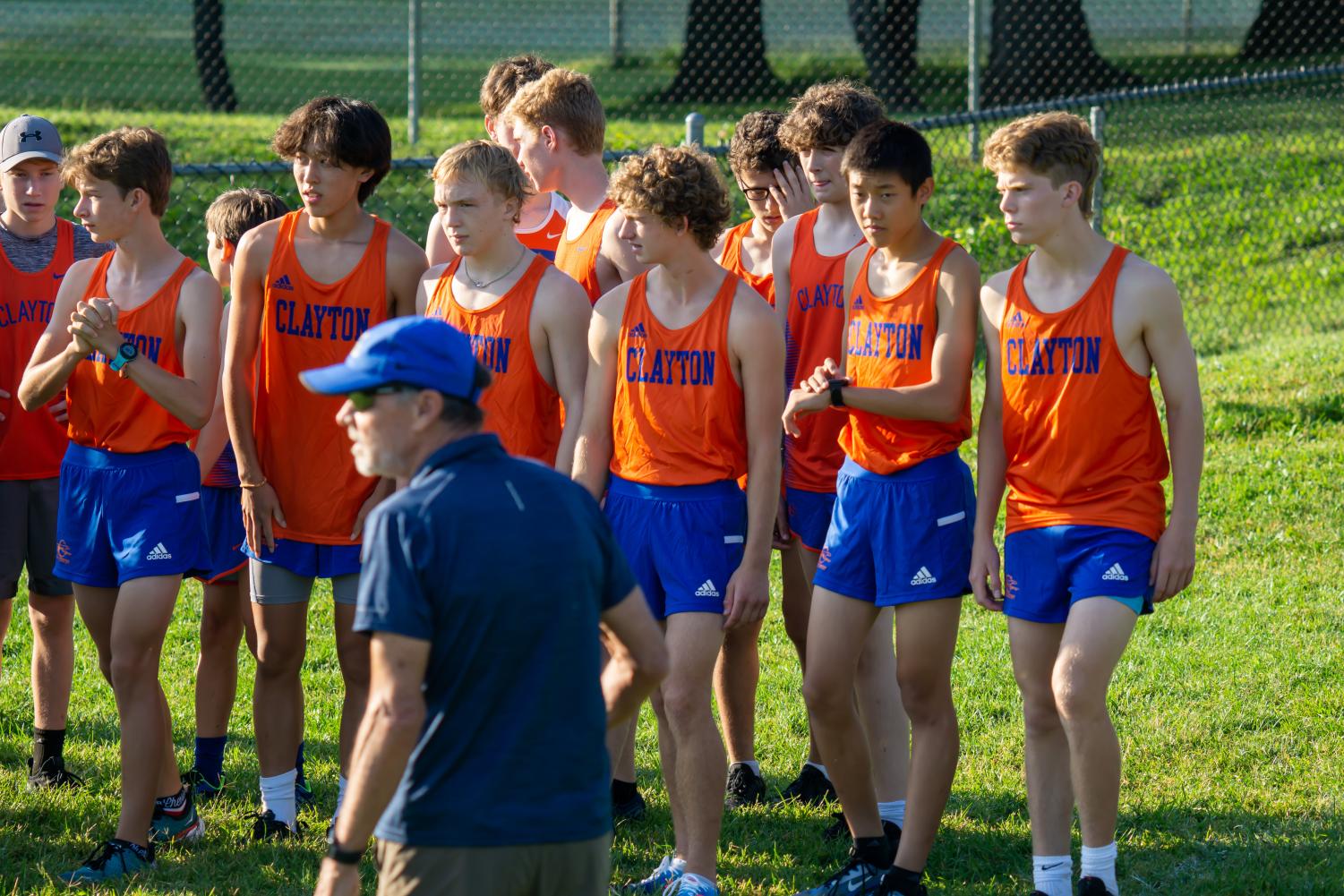 CHS Cross Country Athletes prepare to compete at an away meet. (Nicholas Helmering)

CHS Cross Country Athletes prepare to compete at an away meet.

How a shortage of bus drivers is impacting transportation for athletics at CHS.

Most days after school, groups of student-athletes scramble to find their sports bags and their teams. On any given day, a variety of teams are competing against other schools from around the St. Louis area, and generally half of these competitions are away, hosted by these other schools.

Historically, most teams rode school buses to away games, simplifying transportation for coaches and athletes, and providing peace of mind for parents. However, Covid restrictions and quarantine requirements discouraged the use of buses during the 2020-2021 school year. This trend continued, but to a lesser extent in the 2021-2022 school year with everchanging Covid policies.

With the return to mostly normal school this year, many athletes and families expected a return to bussing for away sports games. However, this has not been the case.

“Clayton has three district-owned buses. And after school one has to take the kids home from Meramec. So that leaves us with two buses, which are used every day,” said Steve Hutson, CHS Athletic Director.

Without a large fleet of buses and drivers, Clayton falls victim to a national problem, the mass shortage of bus drivers. According to Axios, 88 percent of American school districts are facing bus driver shortages. Prior to Covid, CHS often rented buses from large rental companies such as First Student, to fill its after-school sports transportation needs. But in light of the current crisis, this is a much less viable option.

“If we reached out to some of the larger rental companies, they are typically under contract for large school districts with multiple high schools. We do not have a contract with them. So when we reached out to them for a rental, before Covid, a lot of times we got those rentals. But now, they have lost so many bus drivers, there are buses sitting in parking lots because they don’t have a driver,” said Hutson.

This leaves coaches three transportation options for away competitions; submitting a bus request that is likely to be left unfilled, organizing parent carpools or having upperclassmen drive their younger teammates.

Prior to the beginning of each sports season, coaches are asked to request dates they need buses for. This system works on a first come, first serve basis as well as priority to sports given to with farther trave, or fewer upperclassmen drivers.

“Before the season starts, I’ll look and see if there are meets that are in our area. Those are the ones that I say, we can figure out a way to get kids to those meets. If we’re going out to Rockwood Summit or Parkway, then I will put in the bus request,” said Katelyn Long, CHS Girls Swimming and Diving coach.

Each coach has their own method for deciding whether or not to request a bus. Busses are generally more available in the winter season when there are five sports playing as opposed to the spring and fall seasons, when there are eight and ten respectively.

“On Saturdays in the fall, two of those buses are used typically to transport students for football, as they have an overwhelming amount of equipment. And they just wouldn’t be able to squeeze it all in a vehicle with the shoulder pads and all the equipment with them. So the bus is essential there,” said Hutson.

If there is a weekday football game, no buses are available for other teams due to the Meramec bus.

Coaches, athletes and parents are often left on their own to find transportation to sporting events that can be up to an hour away. Due to insurance issues, coaches are discouraged from transporting athletes in their personal vehicles. Most coaches try to organize carpools using available athlete drivers and requesting the assistance of parents if necessary. For competitions that may be especially far, or all-day, the school district will occasionally rent vans for coaches to transport their athletes.

I leave it (determining transportation) primarily on the coaches because they have direct contact with the athletes and the parents.”

“I leave it (determining transportation) primarily on the coaches because they have direct contact with the athletes and the parents,” said Hutson.

Parents are sometimes asked to help drive carpools. But this is not an ideal option as carpools typically leave at the inconvenient time of 3:05pm. “We don’t want to put that on the parents, especially with work schedules,” said Hutson.

Using student carpools is convenient for coaches, but can put pressure on student-athletes.

“I think it’s stressful because our coach gives us really strict times to be there, but a lot of times there is stuff that gets in the way of us being on time,” said Aitana Rosas-Linhard, CHS senior.

The use of teenage drivers is also dangerous. Most high school students have a maximum of three years of driving experience, making them vulnerable to distraction.

“There is a distraction aspect of having multiple teens in a car. When you add one teen (the risks), increase significantly and then with every additional teen, it is just exponential,” said Tavis Oldenburg, Director of Training and Quality Control for BRAKES, a non-profit organization promoting safe teen driving. These distractions can be deadly.

Statistically, having teenage athletes driving other teenage athletes, especially in larger quantities, can be quite risky. In addition, in some cases, it is also illegal. Missouri’s Graduated Driver Licensing Law stipulates that for the first six months after receiving their license, teen drivers may only transport one passenger under the age of nineteen, excluding their siblings or others living in their household.

“The safety of their students, inherently, is a responsibility of the school. We always hope that schools are promoting safety in all aspects, including driving,” said Oldenburg.

The safety of their students, inherently, is a responsibility of the school.”

Hutson maintains that the school’s use of carpools is safe. “Through the coaches, it’s their responsibility when they’re having these conversations with parents in their parent meetings. We obviously expect students and their families to follow whatever the law is,” said Hutson.

Yet following the law may not always be enough. “Whenever there is a teen driver, you should always be mindful of who is riding with them. It is the responsibility of the driver and the passengers to understand how serious and important it is to be driving,” said Oldenburg.

Whenever the Girls Swim and Dive team travels via carpools, Long goes through a quick safety checklist. “I make sure I have everyone’s cell phone number and that they have mine in case there is any mishap. I always check and make sure that everyone knows where they are going, like a specific address, not just the name of the school,” said Long.

Overall, transportation to away competitions is complicated and at times difficult for coaches, the athletic department and families. Student drivers can be dangerous, parents unreliable and buses hard to come by.

“I prefer having a bus. It’s a fun environment for athletes and it’s stress free,” said Long. 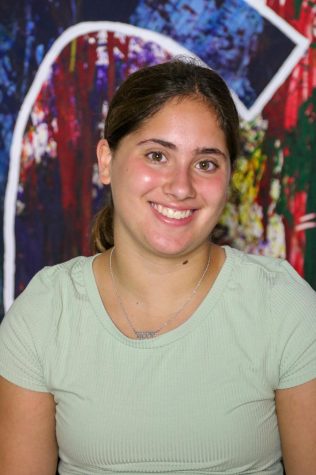 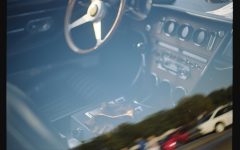 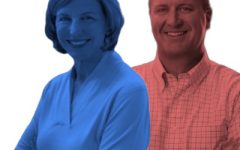 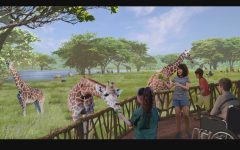