Globe reporters talk to Nick Foles, once a quarterback for the St. Louis Rams and resident of Clayton. 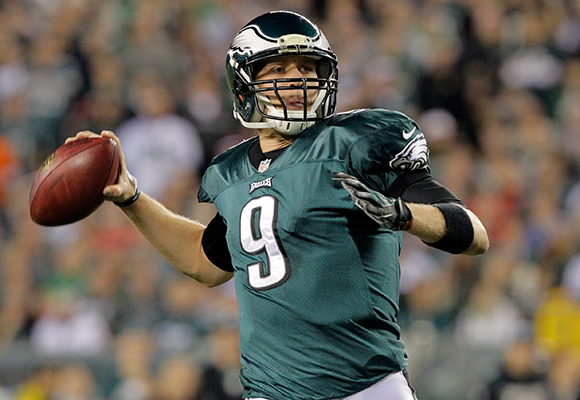 For the months he has been living in Clayton, Rams quarterback Nick Foles has enjoyed many aspects of the St. Louis life. He is often seen around Clayton, even on the Shaw Park tennis courts.

Foles moved to Clayton after being traded to the Rams. Right away, Foles realized key differences between St. Louis and Philadelphia.

“Everyone on the East Coast [are] die-hard Philadelphia Eagles [fans]. That’s their life,” Foles said. “[The fans] wait all year and save their paychecks so they can go to the games.”

The nature of the fans and the lifestyle in Philadelphia is much different than in St. Louis.

“St. Louis is a great town to play in,” Foles said. “[A] much more laidback lifestyle.”

Though Foles is not always able to find the time to get out and enjoy St. Louis, when he does he thoroughly enjoys the laid-back lifestyle.

“Maybe a few times a week my wife and I will go out to eat at restaurants in Clayton or the Central West End, but really when you’re in the season it’s a job, so I’m at the facility most of the day,” Foles said.

At the facility, Foles works twelve hours a day, practicing and recovering from the brutal hits taken the previous Sunday.

Foles began this incredible commitment to football in first grade playing flag football. From there, football became a passion of his. He practiced hard and became a starter for his varsity high school team at Westlake High School in Austin, Texas. Foles broke the school record, throwing for 5,658 yards and 56 touchdowns, surpassing the previous record held by New Orleans Saints quarterback Drew Brees, who also went to Westlake High School.

After high school, Foles initially went to Michigan State University for college. After a year, he transferred to the University of Arizona.  There, he started as quarterback for three years.

After a successful college career, Foles was drafted by the Philadelphia Eagles in the third round of the 2012 NFL Draft.

Foles made his NFL debut in 2012 after former Eagles quarterback Michael Vick suffered a concussion mid-game against the Dallas Cowboys. Philadelphia Eagles coach Andy Reid then decided that Foles would start the remainder of the season, regardless of Vick’s recovery.

In his second year with the Eagles, Foles tied the record for most touchdown passes in a game against the Oakland Raiders by throwing seven touchdowns.

Foles was traded to the Rams in March of 2015 for former Rams quarterback Sam Bradford, marking the start of Foles’s career as a Saint Louis Ram.

As a professional football player, Foles knows the dangers of the sport, especially in younger players.

“Make sure someone has taught you the proper fundamentals of tackling. A lot of guys get injured when they don’t do the right thing, and put their head down,” Foles said. “Make sure that you have a coach that’s there to teach you the proper techniques of full-on tackling. Once you play tackle football and take some hits, your body will be sore. You just gotta get used to it.”

According to Foles, to be successful, it is necessary to show dedication, which includes making sacrifices of free time.

“All your friends are out partying and doing stuff and you have to make the sacrifice,” Foles said.  “If you want to take it to the next level, you gotta do a lot of extra stuff, you know, in high school.”

Foles also recognizes the need for encouragement along the way to success.

“I had a great support system growing up, with my family and my parents [and] amazing coaches along the way that pushed me to be better than I thought I ever could be,” Foles said.

Although many students are encouraged to focus on and hone their skills on one sport in high school, Foles encourages students to branch out and try new things.

“[If you ever feel pressure to play] just one sport, just realize that you won’t get the opportunity to play multiple sports again like you do in high school, so make sure you take advantage of it,” Foles said.

Foles was a multi-sport athlete in high school, playing basketball and baseball, along with, of course, football. He excelled at all three. Because of his basketball performance, he received recruiting offers from Georgetown, Baylor and Texas, all three Division 1 colleges in basketball. During high school, he did not commit entirely to football, allowing him to develop a wide range of skills that benefit him today.

“[You have to] go to the football field late at night and run sprints or [shoot] hoops until 2 a.m. and your hands are bleeding because you’ve been shooting so much with the basketball,” Foles said. “It’s at those times that you know that having that dream as a kid of being a professional athlete at a high level [means] making the sacrifices to get there.”

However, Foles believes that success does not come just from pressure, but also from the enjoyment of the sport. 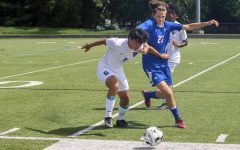