Clayton residents get an inside look at law enforcement. 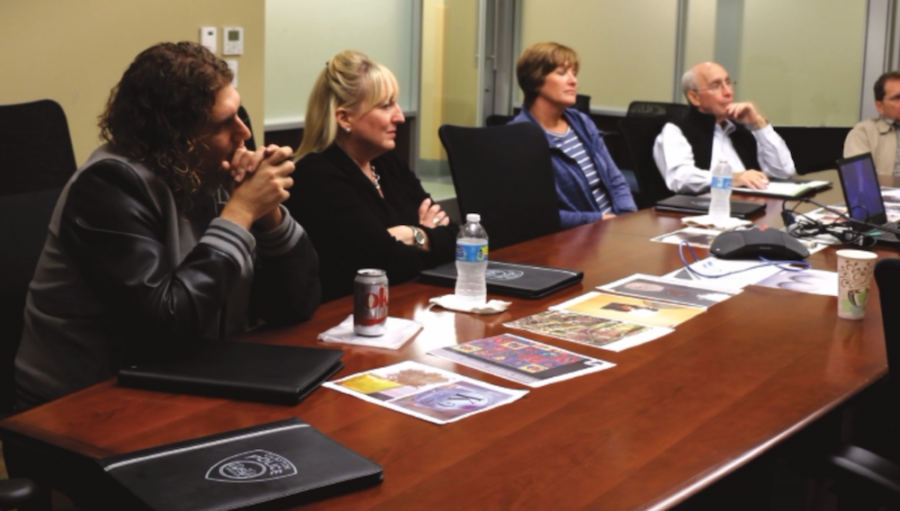 Clayton residents during a meeting of the Academy. (Photo by Areeba Khan).

Whether it’s chasing down bank robbers with sirens blaring or patrolling local neighborhoods, the job of a police officer seems to be rife with exciting moments. While many may be intrigued with the law enforcement profession, for most, they never get to experience the true life of an officer. The Clayton Citizen’s Police Academy gives regular people this chance.

The Academy is a program that lets residents of Clayton experience what it is like to work as a police officer in the city.

“We wanted to give the residents a chance to see what our department does,” said Officer Korey Golcynski, Community Services Corporal for the Clayton Police Department.

Many cities throughout the nation have implemented similar programs in an effort to educate the public about the work of law enforcement.

Clayton’s program runs for nine weeks in the fall and consists of classes varying from powerpoint presentations to role play and crime scene investigations. The program is open to all Clayton residents ages 21 and older, but residents must apply and go through background checks before they are accepted into the program. On the 9th class, residents graduate from the program.

While the program has been going on for many years in Clayton, but doesn’t happen every year. Golcynski revived the program back up in 2010 after being assigned his current position. Throughout the years he has been running it, Officer Golcynski has received nothing but positive feedback from the community.

“Residents come to the program not necessarily understanding police procedures … but after nine weeks they warm up to the idea of what we do and why we do it,” Golcynski said. “What we’re hoping [the residents] do is go back to the public, their family and their friends and be ambassadors for [the police department].”

Clayton resident Sara Matthews attended the program with her husband. For her, the program expanded her views on the department in Clayton and taught her a lot. Her experiences at the Academy made her become a strong advocate for the program.

“[The residents] can see what you have to do, what decisions you have to make on a split-second notice. And the decisions that you make will be long lasting. You have to think on your feet,” Golcynski said.

“There are different ways of doing our job. This may include bike patrol or unmarked detail,” Golcynski said. “It we ride around in police cars with sirens on, it is easy for people to duck behind parked cars to avoid us. However, if we are on bicycles or dressed like regular citizens, it sometimes makes it easier for us to do our jobs.”

Golcynski also hopes that the residents realize that police officers are like any other Clayton citizen for the most part when they are off-duty.

“We leave here when our shift is over, and we’re kind of like anybody else. All of us have had interactions with law enforcement in our life, whether positive or negative,” Golcynski said.

Over the years, the Clayton Citizen’s Police Academy has worked to bring the residents of Clayton closer to the police officers. The program leaves a lasting impact on citizens who attended.

“Many people who have gone through the program still bring their kids and grandkids in to say hello and go on station tours,” Golcynski said.

The Citizen’s Police Academy in Clayton has succeeded in creating stronger relationships between the public and law enforcement. According to Matthews, this is necessary to the success of the entire department.

“It is very important for residents to interact with police, and the Citizen’s Police Academy is a great way of making this happen,” Matthews said. “The most important thing the Academy taught me is not what the police do on a day-to-day basis, but how citizens and police must work together and have a symbiotic relationship in order to keep the city safe.”