First Win of the Season: Clayton vs. Jennings 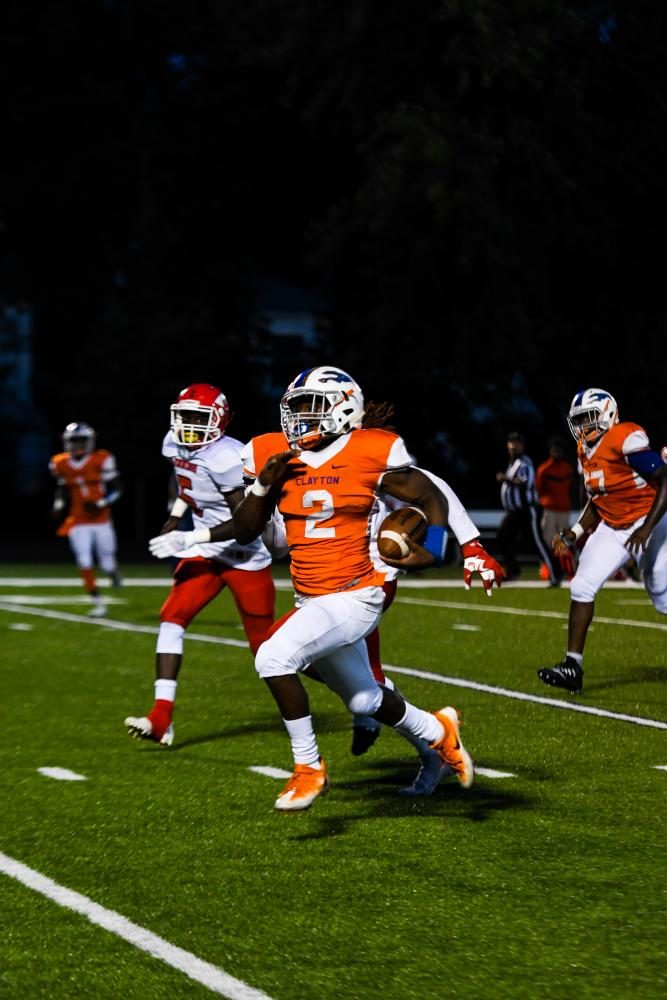 The CHS football team won an exciting game tonight against Jennings High School. The game began with a 6-0 lead by the Greyhounds early in the first quarter, a touchdown made by Al Slater.  On defense, the Greyhounds maintained a strong wall of players to hold off the efforts of the Jennings Warriors.

The impressive turnout kept morale high as the Greyhounds fought toward victory.

“Before the game, we had a lot of intensity,” said corner and receiver Robert Miles, “We were pretty hype. We knew we were going to do our best and come out and win. During the game, we just kept it going.”

The energy built as the Greyhounds remained strong with a good run by Al Slater, with 4:30 left in second quarter. Soon after, Max Friedman scored the Greyhounds’s second touchdown with 2:45 seconds left in the first half. As the scoreboard sounded, the Greyhounds were cheered off the field for halftime.

Heading into the second half, Clayton lead by 12 against a scoreless Jennings. The Greyhounds added to their lead just minutes into the third quarter with a skillful touchdown catch by Reese Barnett off a pass thrown by Dominick Waller, and a successful extra point kick by Michael Bernard. Then, with five minutes left in the third quarter, the Greyhounds picked up a fumble on the 25 yard line, but were unable to capitalize on a fourth and goal opportunity that amounted to an incomplete pass.

Third quarter ended with a 19-0 lead.

Tension built when, early in the fourth quarter, the Warriors scored a touchdown. However, with 4:35 remaining, the Greyhounds fought back with a two point conversion made by Michael Bernard.

The crowd cheered as the Greyhounds walked off the field with their first win of the season.

“[The game was] really good, it was very important for this team and this program. We’re looking forward to next week’s game against U-City. I’m really excited for us,” said athletic director Bob Bone.

Head coach Linwood Barnes was also enthusiastic about the Greyhound’s win. “I’m feeling good, the players fought hard. We still made mistakes, but it’s always hard to get the first win, especially as a new coach. I’m proud of them, they played hard, and we got the win. We’ve got alot to improve on. It’s a long season, so each week, as long as we get better, we will be fine,” said Barnes. 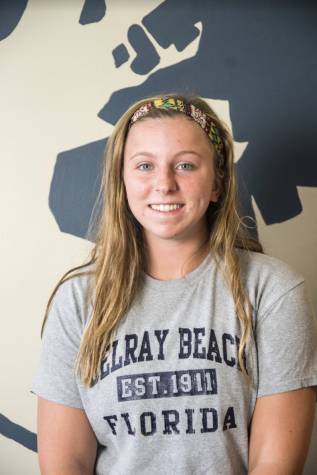 Mariclare Gatter is a senior at CHS who has been on the Globe staff since freshmen year.  Mariclare is proud to be a Globie because she loves being a part of the tight-knit...