Two progressive schools in the St. Louis area are taking steps to prevent discrimination and promote racial equity among their students and staff. 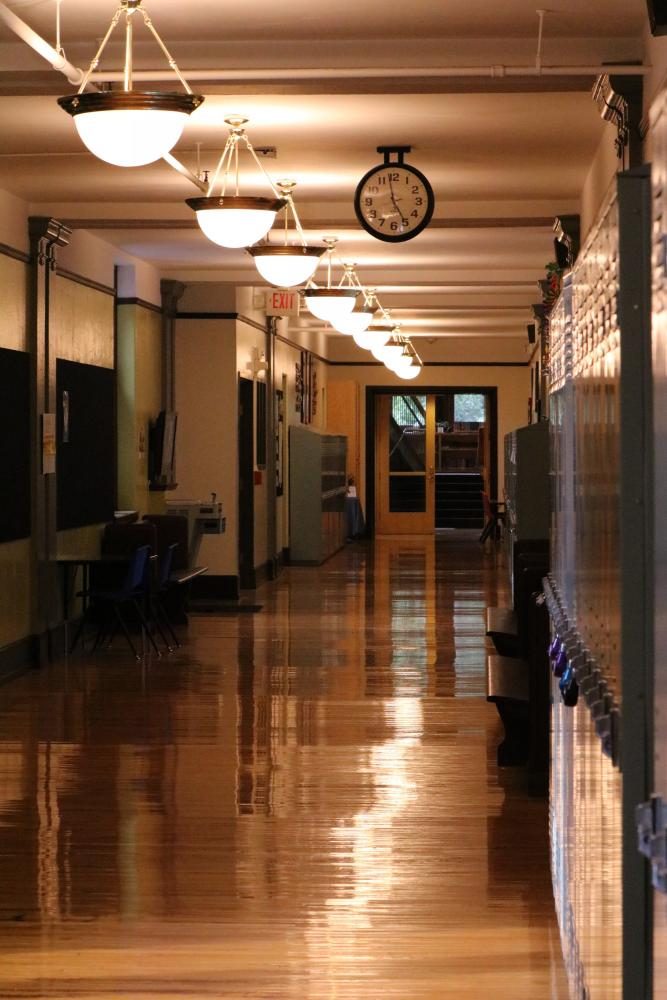 In 2006, in the backyard of a tiny house in one of St. Louis’ so-called “dangerous” neighborhoods, kids from the ages of two to five are playing in sandboxes, on balance beams, and in an expansive mulberry tree. Inside the house, there are books, counting cubes, markers and glue all neatly arranged on colorful shelves. This little preschool, run by only four employees, would grow into the social-equity based school with a total of 210 students from preschool to 8th grade, known today as City Garden Montessori.

“We’ve been on a journey over the last 10 years since we opened as a charter school. We [opened as a charter school] because education in St. Louis has continued to face such intense challenges. We were looking at education options for our children and children in the city, and we were especially bothered and became pretty worked up and angry about how segregated our schools are. [. . .] This was 2006 and 2007, and now it is 2017 and our schools are almost as segregated they were when Brown versus Board of Education passed,” said Christie Huck, Executive Director at City Garden Montessori.

Huck, along with several other parents of children who attended the initial City Garden preschool, decided to try to expand the preschool into a charter school after recognizing St. Louis’ need for more diverse and affordable education. They were able to gain enough support from the community to begin with this project, but faced challenges when trying to form a diverse student body.

“We became really determined to create a racially and socioeconomically integrated school that would have a social justice focus. It was a lot of work just to create a diverse school, but once we had a diverse school we really worked at trying to build community among our families, our parents and our kids, and really try to solicit feedback from all of our families and we got pretty direct feedback from our parents of color that this mission is great, the diversity is great, but frankly, racism still exists here. That really pushed us to think about what we need to do to deepen our commitment to social justice and equity,” Huck said.

For City Garden, creating a more socially equitable environment started outside of the classroom. In 2012, the entire staff attended a two and a half day training with Crossroads College Preparatory School called “Analyzing and Understanding Systemic Racism,” which focused on unpacking and analyzing the individual biases of each participant. Each new member of their staff goes through this training, and many have taken part in it multiple times.

Additionally, Huck said, “we actually now have a staff member who’s called the Director of Racial Equity Curriculum and Training, so she has a background in doing equity and anti-racism training, and last year she started doing monthly (and oftentimes even more than that) training with the staff that gets more into our own racial identity formation.”

Although staff training is essential, teachers at City Garden also facilitate discussions about race and identity with their students of all ages.

“We intentionally talk about race and identity and bias with our students at all age levels. Our children are getting messages about race from the time they’re born. So to think that they’re coming to us without any of that is just not true. And so even our preschool students talk about racial identity and inclusion, and then as our children get older, conversations become more about social justice. All of our students will benefit if we enrich our programming and curricula.”

The recent shifting political climate has further exposed issues of racial disparity in America and in St. Louis. Similarly to City Garden, many schools throughout the city are taking steps to address these issues in their classrooms in order to make their students more aware of current events.

New City School, located in the Central West End neighborhood of St. Louis, is one of these schools.

“By sixth grade and fifth grade, we’re having pretty intense conversations about Black Lives Matter, about the Confederate memorial coming down, about the Delmar divide, and talking about racial disparities and economic disparities. So they’re all very fluent in that conversation by that age, but I don’t think you just arrive there, you had to have been doing a little bit all along,” said Stephanie Teachout of her 5th grade class at New City School.

Teachout, whose specific title is Director of Diversity, frequently incorporates conversations regarding race and bias into her curriculum. She explained her title as, “ I’m Director of Diversity. That ends up being a lot of programs for adults, and that ends up being a lot of professional development for teachers, but when it comes to curriculum, everybody is director of diversity in their own classrooms. Everybody is incorporating this in different ways.”

For students at New City School, recognizing bias starts at a very young age. At the ages of four and five, students are exposed to conversations and activities regarding race and inclusion.

“They’ll start off in the four and fives doing Humpty Dumpty, and they’ll talk about different eggs saying, ‘what’s the same, what’s different’, and the kids are all like ‘that one’s different!,’ and then they crack them open and they’re like, ‘oh my gosh, they’re totally the same on the inside!” Teachout said. These conversations continue throughout each grade level, and by the time the students are in fifth grade, they begin to apply their understanding to current issues. Last spring, students in Teachout’s class participated in a project about the controversial nature of Confederate memorials, and were able to make their own conclusions about whether they are beneficial or detrimental to American society.

“By the end of the year [my students] learned about the Revolution, they learned the Civil War and slavery, and it started to be on the news more with New Orleans and their monument coming down. We started by giving them a worksheet, it had a Confederate flag on the top, and we told them to take it home and interview people at home. I think the questions were ‘what is this a symbol of and how has this symbol changed for you over time?’. [. . .] By doing that, kids got to really see that this issue is not a binary, it is not this or that, there’s a lot of stuff in the middle, too.”

According to Teachout, this project had its own meaning and significance for each student. Collectively, the class came up with ideas to reinvent the monument; such as cutting it in half and turning it into a bridge that children could play on while allowing adults to have reflective moments through surrounding plaques with additional contextualization.

Everybody’s got their own story, I think that’s it honestly, just the idea that everyone’s got their own story, people want to say that they understand your story. The more you think that you understand something, you don’t. I think that’s what’s scary for people, especially white people. [. . .] I think we’re somehow socialized to think that we have answers and we don’t. That’s part of the work we need to do as white people to figure this out.”

Unlike City Garden and New City, social equity is not a part of Clayton’s mission statement. However, steps are being taken to recognize and address bias and racism in the school environment.

Wydown Middle School seventh grade English teacher April Fulstone spoke about her involvement with Clayton’s Racial Equity Committee, saying, “the Equity and Excellence Committee has worked this past school year to create an extremely comprehensive strategic plan that addresses all facets of the district and its systems.  Curriculum, teachers, human resources, community engagement, programs, etc.  We are implementing the plan piece by piece, as there are so many working parts.”

Fulstone attempts to integrate ideas about race and inclusion in her classroom by encouraging her students to think critically with various viewpoints and lenses, “teaching about racial or cultural bias is not a discrete “unit” but an ongoing teaching of mindset.  As teachers we need to recognize that the traditional canon and curriculum have always promoted the idea of one superior culture while minimizing the existence, voice and contribution of so many other viewpoints – it is our job to seek out those perspectives and incorporate them, or allow students to seek them out and bring them into the classroom.”

Although the Racial Equity Committee is striving to bring about change in the district and the Clayton community, progress is slow.

A lot of work remains and the pace is slow because adults are the worst at changing.  Teachers’ and the greater community’s understanding of implicit bias and culturally relevant teaching will be key to making a difference in racial equity, more than any curriculum or intervention.”

Fulstone also commented that she believes, similarly to City Garden, that Clayton should hire a Director of Diversity who could help to facilitate conversations about race and privilege throughout the district, as well as organizing equity events to get the community involved in these discussions. However, she said, the most important thing that students and staff should be doing is recognizing their privilege (or lack thereof) and coming together to face and hopefully change the effects of racial disparity.

“I honestly think it is time to address how the idea of whiteness was constructed historically and how it affects all of us presently.  This idea that racism is a problem for people of color to solve needs to shift into a greater shouldering of responsibility by the majority. Because our society is still so segregated, most white people don’t understand why people of color protest against, get angry about, and feel offended by the systems in place – most white Americans never have to think about or deal with those problems.  Rather than dismissing or negating experiences, we should be listening to one another.  We need to move beyond feeling shame about the continued existence of racial injustice and toward feeling empathy and responsibility to help everyone in our community realize their dreams.”