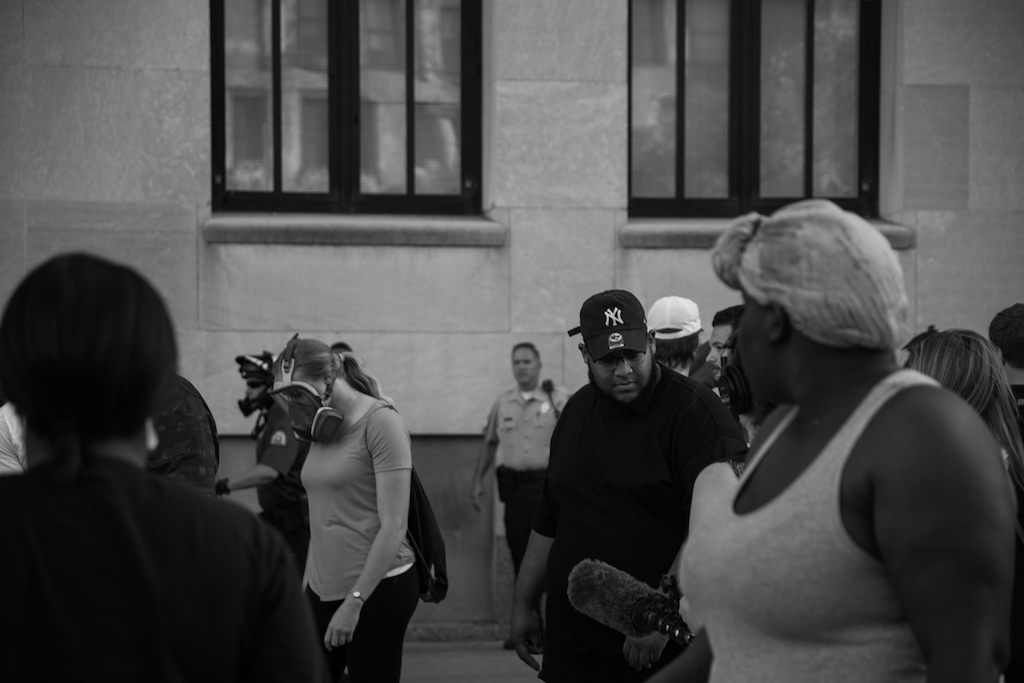 A few hundred people walk peacefully through the streets.

On Friday, Sept. 15, white police officer Jason Stockley was acquitted of first-degree murder charges brought against him after he killed Anthony Lamar Smith in a car chase in 2011. Like hundreds of other St. Louisans, going out to protest was a natural response for CHS senior Lizzy Mills.

“I knew as soon as I heard the verdict that I would be out protesting,” Mills said. “A movement needs people; it needs bodies to show up and make a point so that’s why I protest because I can contribute just by showing up.”

Mills marched the streets of downtown St. Louis alongside hundreds of people representing many different backgrounds and movements.

“I was surprised to see such a diverse group of protesters. There were children, elderly people, white, black, latino,” Mills said. “[Some] protesters wore [Black Lives Matter] t-shirts or held signs but other movements were there fighting as well. I saw a lot of LGBT rights t-shirts and flags. There were people wearing shirts that read ‘Science is real and so is global warming.’ The protest recognizes that all of these issues are intertwined and that’s why I came out, to fight to see justice served.”

Regardless of the crowd’s diversity, Mills believes that there was just one message.

“The point is that all of the protesters were there for the same reason. All we want is justice,” she said. “The crowd was rightfully angry. Everyone was disappointed that the city had not learned its lesson with Ferguson and you could tell that people were fed up.”

CHS teacher Justin Seiwell attended the protest both during the early phases in the morning and into the night. Seiwell witnessed a transition in the nature of the protest as the day went on.

“I would describe the scene [in the] morning as angry, loud, but distinctively non-violent.  There’s a real sense of frustration that permeates the air when you walk in one of these protests,” Seiwell said. “[In the] evening, I will use the word ‘escalating,’ that long-building sense of frustration [was] being unleashed by those who feel it.”

Seiwell was encouraged by the way the protest gave its participants a voice, albeit he noticed that some protesters’ words were more inspiring than others.

“The mood of the crowd flows to whomever is [given] the bullhorn at the moment.  I really loved, however, that the organizers were eager to let anyone and everyone have a turn at the bullhorn, even encouraging random people to start and lead a chant,” Seiwell said. “Most of the protesters had really inspiring ideas:  ‘Do not give up.  We are in this together.’  Others had less inspirational messages like ‘The system has failed us, so let’s shut it down.’”

The protest began in downtown St. Louis on the streets surrounding the old courthouse building and quickly spread west into the Central West End. It was on the intersection of Tucker and Carlson downtown where the protest first gained its momentum. Protesters chanted, “No justice, no peace,” and declared that the streets on which they were matching were their streets. Several protesters jumped on and vandalized a police car. And, the law enforcement presence grew exponentially.

Seiwell was sprayed with pepper spray by a police officer attempting to spray another protester but was ultimately reminded of the loving nature of his fellow demonstrators.

“I can’t tell you how many people wanted to know if I needed water, food, or medical supplies after the pepper spray – and I’m thinking ‘Seriously?  I’ve got everything I need and then some. And I’ve got every privilege you could imagine,’” Seiwell said. “There’s a real love that you can see amongst the protesters – even when they’re total strangers – in the sense that most of them take care of each other and make a point to be welcoming.”

Mills was severely disappointed in the way the police responded to the protests.

“I was surprised by how quickly the cops escalated from bikes to full riot gear and mace. I firmly believe that if you had gone to the protest [unsure] about being there, after seeing the police interact with the protestors who were mostly peaceful, you [would] have left angry and hurt by what you saw,” Mills said.

“We weren’t sure where the protests were going to be, but it so happened that just as we were finishing services last night, the protesters came right down the street where our synagogue is,” Talve said. “Rabbi Randy [Fleisher] and I went out and opened our doors and literally pulled protesters into the synagogue because we knew they’d be safe here. By the time we were done, we had around 250 people in the synagogue.”

Jason Douglas, the manager at the Coffee Cartel in the Central West End, worked during the protest and witnessed much of the destruction. However, Douglas believes that the perpetrators of the violence were not representing the greater cause of equality.

“People that weren’t for the cause came out and did some destructive things; they vandalized Culpepper’s windows, the library; that was the only problem I saw happen,” Douglas said.

St. Louis citizen Allen Jackson had belongings taken from him amid the strife in the Central West End on Friday night. Jackson is African-American but faulted his fellow African-Americans for their violent behavior during the protest.

The St. Louis Police Department made 33 arrests in Sept. 16’s protests, releasing a statement: “Many of the demonstrators were peaceful, however after dark, the agitators outnumbered the peaceful demonstrators and the unruly crowd became a mob.”

One officer suffered a broken jaw, while another had a shoulder dislocated. 11 officers were injured during Friday’s demonstrations, several from thrown bricks and bottles. Orders to disperse were given and tear gas was eventually deployed in attempt to thwart further damage and injury in the Central West End.

The verdict of the Stockley murder case is certainly nothing new for the city of St. Louis or for the United States as a whole. Seiwell explained that these recent events are rooted in America’s broader history.

“The problem is deeper than ‘us vs. them,’  it lies in a long history of racial and class segregation in the United States.  Since the foundation of our country, systems have been in place that oppress minorities,” Seiwell said. “And when a community experiences violent oppression, they understandably take that anger out on the most visible group of oppressors.”

The issue of police brutality is at the heart of the Black Lives Matter movement and was a recurring talking point throughout the Stockley verdict protest.

“There’s a double standard for police officers who kill African American people, that they’re not found guilty when the evidence clearly shows they’re guilty,” Douglas said. “It keeps on happening, it keeps on repeating and people are tired of it. I’m personally tired of having to go protesting and defending and going about the same issue and getting the same result; this isn’t the first time this has happened.”

And, while St. Louis’ racial history – and the Black Lives Matter movement – are both defined largely by the events of Ferguson in 2014, Mills argues that there are some important differences between the Stockley protests and those associated with Ferguson.

“This is not Ferguson. This is the beginning of something larger. People are more informed and more importantly more organized. This fight isn’t for the justice of one or two people; it’s about justice for all who are denied,” she said.

Seiwell takes great pride in being a St. Louisan and vows to continue to fight for progress in his hometown.

“My role, as a die-hard St. Louisan, is to contribute positively through the narrative. To be part of it. To live as much of it as I can,” Seiwell said. “This is a fantastic city – I make an active choice to live here because I love it and I believe in it. We have a lot of healing and growing to do, but I won’t be leaving anytime soon; it’s my duty as a citizen to be a contributor to this process and help make our community better anyway that I can.”

Leave a Comment
About the Contributors
Noah Brown, Managing Editor 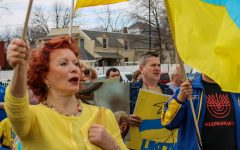 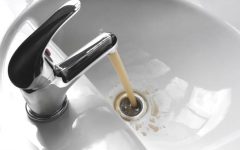