Katie He and Sarah Baker 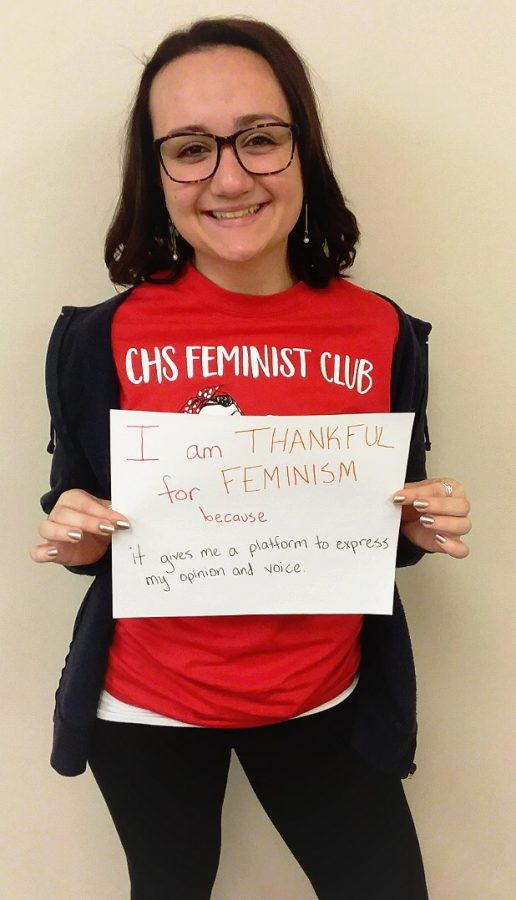 “Feminism to me is where everyone has equal opportunities and we are not restricted because of our gender or because of the way we look. It works for everyone, men, and women,” CHS sophomore and founder of Feminist Club Sam Osborne said.

Osborne started the club at the beginning of the 2017-2018 school year. The Feminist Club is made up of a group of CHS students who meet once a week to share stories, discuss the news, and feel safe. The club discusses ways of getting involved in making a difference in the community.

“I wanted to make tangible action instead of just complaining about things, and I figured that other people in the school have these same opinions. Our school should start standing up for women’s rights. I decided to start the Feminist Club so that we could spread awareness throughout our school and really get involved and make a difference,” Osborne said.

One of the main issues that the club wants CHS students to realize is that sexism is still a big issue today. Especially now with the overwhelming amount of sexual harassment allegations and the #metoo movement, it is essential that these problems are discussed in CHS and the Clayton community. The #metoo movement has created a solidarity for women who have been victims of sexual harassment and violence.

“We can’t push these issues under the rug. We need to have this group to talk about these problems and do something about them instead of ignoring them,” Osborne said.

The feminist club’s staff sponsor is Amy Hamilton. Hamilton realizes the importance of building a community where students can talk about issues safely.

“If the people in the Feminist Club did nothing more than finding a community of people that they could talk very frankly about issues that they face and coming to understand the world more, I would be so thrilled because I think that’s everything,” Hamilton said.

Hamilton is a proud feminist and she addresses issues surrounding feminism in her classroom.

“I incorporate feminism into my classroom by using words intentionally to talk about social issues, and I’m trying more to bring non-dominant narratives which to me is a very feminist sort of way of looking at things,” Hamilton said.

Hamilton wants to create a safe teaching environment where all students can feel secure when expressing their opinions. She changed her curriculum and became more intentional about her teaching style.

“My honors freshman classes last year had such amazingly powerful young women in them, and I realized that the curriculum that I was teaching wasn’t necessarily responding to the empowered young women that I had,” Hamilton said.

Although the feminist club creates a community that empowers women, it is crucial that the club is welcoming to everyone. Osborne wants the club to reach a diverse group of people, and one of her main goals is to get more men involved. Currently, the club is mostly women, but feminism is a topic that men and women should both be involved in.

“Men should be feminists too. That’s not a bad thing. It doesn’t make a man weak to be a feminist. Some guys also feel like feminism is not an issue that affects them, but that is not true,” Osborne said.

Osborne wants everyone to be able to call themselves a feminist with pride.

“My advice for feminists in our school is to not give up or get discouraged,” Osborne said. “There are people who are going to argue with you but it’s ok. You should be open to listening to them and you may be pushed down but you just have to know that you can always make a difference. Part of being a feminist is knowing that there are people who will disagree with you, but remember that you have people who are on your side.” 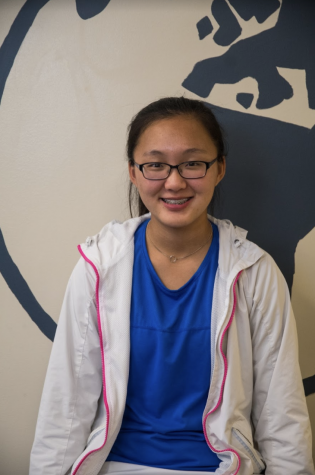 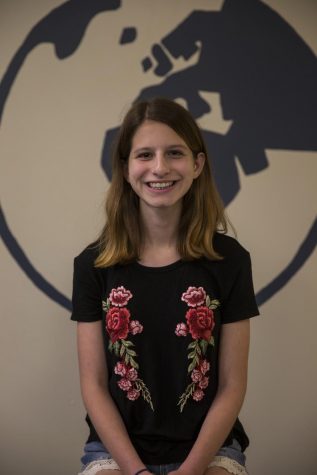